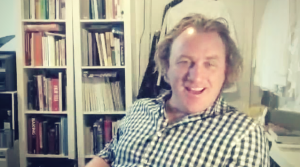 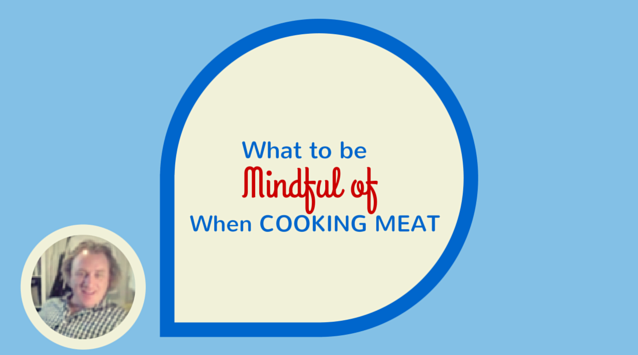 Adrian is the chef and owner of the bustling La Luna Bistro in North Carlton, Victoria in Australia. A cookbook author of books called Meat and The Good Life, and the host of a number of TV shows, including one that I recently stumbled on called Secret Meat Business.

I’m Gabriel Soh and I’m so excited to have chef Adrian Richardson here on the show today.

On His Journey to Become a Chef: 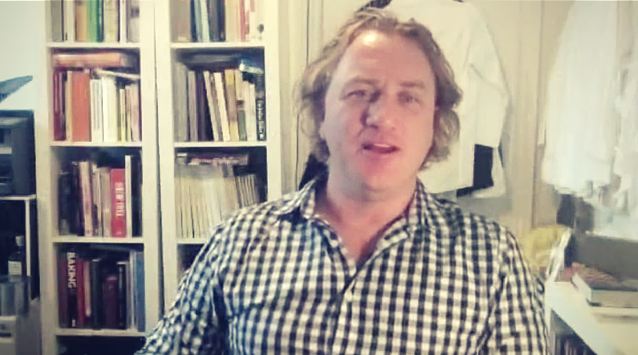 My father was an airline pilot, so as I was growing up, my destiny was to sit next to him in the front of a plane and fly around Australia. But, as I got towards the end of my schooling, I wasn’t doing that well, so I decided to take a year off and do some flying lessons. But to pay for the flying lessons dad said, “You know, you got to pay for part of it,” so I got a job in a kitchen. And do you know what? I just really, really fell in love with being in a kitchen. To me, there’s no other place I could be.

I love flying in planes, but I like to sit there with a glass of wine in front of me. Cooking is what it’s about for me. And I’m so lucky that the flying actually helped me to find what I want so early.

But, I just love the environment, and to me, no day is the same. There’s always something different going on and you’re able to move around. It’s a fun life and I really enjoy it.

I have a great background in food. My mother was born in Ethiopia. My grandmother in Cairo. My grandfather in Italy. That’s my mother’s side of the family. So there was a lot of North African and Middle Eastern and Italian food around and we ate a lot. And my grandmother was a most amazing cook.

The other side of my family, my dad’s side, he was an English chef who was trained in France and London, and then came over to Australia. So I got both styles of food, I suppose, that homestyle and that professional style. And to me, it’s just a beautiful thing to have the two together. It’s fantastic.

On His Style of Cooking:

My style of food is, I like to call it bistro. I like to use a lot of influences from around the Mediterranean. I think there’s so much influence there. I really like the ingredients. The people, the food. And there’s so many different things you can do.

You know, I spent some time growing up in Asia as well, in Malaysia for three years. I’ve traveled through Asia. I love Asian food. But that’s more for home, so that’s my secret stuff that I cook at home. My professional style tends to be that modern Australian.

However, when I do TV shows, I often bring in some of those Asian influences because I think it is so much a part of Australian cuisine – is the Asian food as well. I love pretty much anything from all over the world. It’s probably all my style. But I like to present it in a simple manner that’s easy going and friendly, and, slightly challenging but enjoyable. That’s probably what I’d like to say.

Just on the Malaysian input, I hadn’t been to Malaysia for probably 18 years, and I was there a couple of years ago, and as I arrived, we got out of the car at the hotel, you could smell the spices in the air. The satay, they’d actually cooked satays for me, and it’s just amazing. For me, I feel really connected with Asian food. I grew up eating Asian food, it’s really important to me. But also, you throw in there that Middle Eastern and that Italian food as well. I really connected with that as well.

On His Restaurant and Cookbooks: 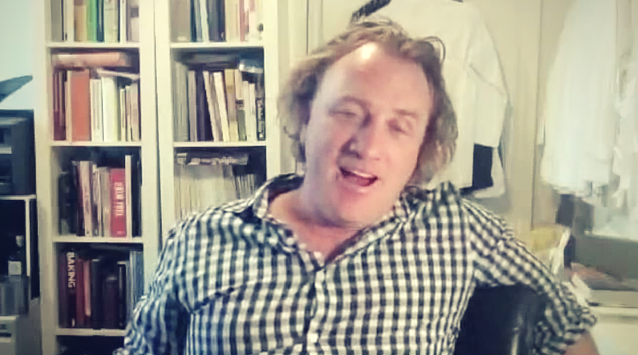 I think early on in the career I realized that I just wanted to work for myself, I wanted to do my own thing, I wanted to set up my own bistro or business. And along the way, I tended to work for people who had already done that. Owner-chefs, restauranteurs or chefs that had done really well, some of them really nice, and some of them not so nice. But I sort of mapped my career path out to follow these people, learn as much as I could from them, and apply that to my own business.

The cookbooks and the media stuff headed out after a few years of business. The restaurant was doing well, and I started to get a lot of attention. So I got a media agent, and it started from there. All of a sudden I did a commercial here for someone, and then a small TV show came along, and it sort of snowballed from there. But I love it! I really enjoy it. It’s a good part of my life.

I’ve got the restaurant on one side, and that’s busy, and that’s fun, but it’s opened the door to so many other things.

As you’ve probably worked out, I’m not a very shy person, so me being in front of the camera, in front of people and demonstrating is what I love. But the important part of it, Gabriel, is I like teaching people.

I’m really inspired by cooking and food and for me to be able to pass on a few tricks and techniques with a few dishes, so that it can make your eating experience and your life better, to me, I really get that. I really like it.

I try and keep it really simple so that you can listen to what I say and you pick up some stuff. And there’s nothing better than hearing from someone across the other side of the planet who’s seen the show and has been inspired by it. To me, that’s a really great thing.

On His Passion for Meat: 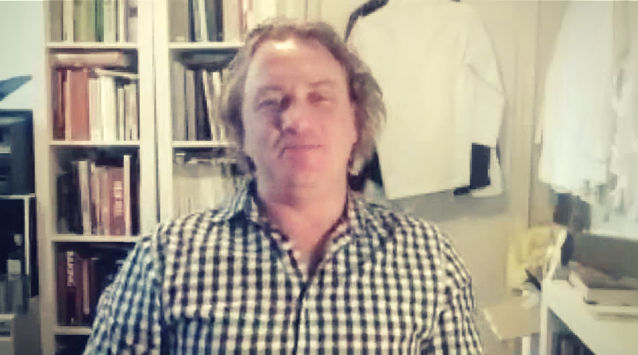 I’ve always been around good quality meat. I think one of the things when I first started training, I was put into the butchery section of a kitchen, and I just got it. It just worked for me. So, I’d always had an understanding and been quite skilled at breaking things down and butchery as I’d moved through different kitchens.

It’s a bit of a plum job, it’s an important job in a kitchen, and so I was always put on that job. And to me, I just love cooking meat. I think it’s an amazing thing to cook. You know, we kill an animal to eat it, so to me, it’s really important that we understand exactly what we’re doing, that we use every part of it, and that’s what I try and do. That’s what I try and teach.

It’s not about eating more meat. It’s about eating better quality meat, paying a little bit more for it, but actually using parts that are not used, and respecting the animal. An animal’s been killed. We’ve got to do the right thing and make sure we eat every single part of it.

I mean cooking white meats like chicken and turkey and pork, you really have to know that they’re cooked properly. One of the things that I would recommend is using a digital thermometer. I know that if you’re cooking a piece of chicken breast, you sear it, you pop it into the oven. If you put the probe into the center of it, if it gets to 72 degrees Celsius, it’s cooked.

That’s the scientific method and it works with all types of cooking. But another way of doing it is to take it out, let it rest for a second, cut it open, and if it’s pink in the center, if it’s bloody, well then you put it back in.

I reckon that the scientific method works at the start, then you probe it, you know it’s cooked all the way through. But then, when it comes to chicken breasts, you want make sure you don’t overcook it, so cutting it nice and thin and breading it and doing a little bit of olive oil or ghee and cooking it, that’s a nice way of doing it.

With things like chicken legs and chicken thighs, you can cook them all the way through. Put some tomato passata in it, and some olives and some wine, and you know you can cook it for an hour and a half. You know it’s going to be cooked. But then, when you touch it with your fingers or a fork, and it falls apart, that’s when you know it’s nice and tender. And that’s the best way. That’s the best bit of advice. 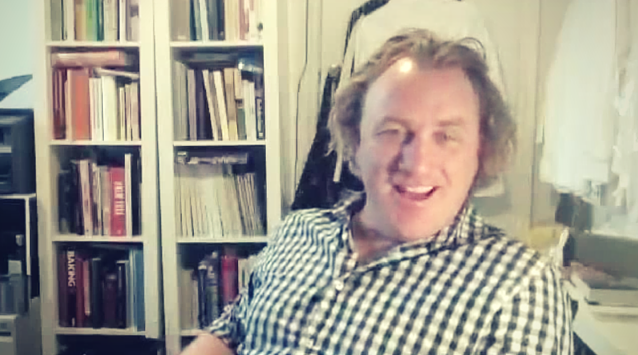 I enjoy watching Rick Stein, I like the way he talks through what he’s doing, and he’s got an amazing narrative voice.

I also like Food Safari, which we have in Australia. It goes around lots of different cuisines and different nationalities. Fantastic show.

The best meal I had was in a tiny little dumpling noodle house out of Melbourne, in one of the outer suburbs, and it was fantastic. They make the best dumplings there. It’s in a broth with some chili oil in it.

What is a professional chef tip that all home cooks should know?

A professional chef home cook tip would be use salt, put plenty of salt on your meat. Meat loves salt and salt loves meat. Make sure you season your meat because that’s what brings out the flavor.

I think they should have salt and fresh pepper. I think from there, you’ve got to have pasta. You’ve got to have tomato passata, to make some sauce. Of course some butter. And I believe some bacon as well.

You’re going to have to stop me here because I’ll just keep on going. These four ingredients, from those things, I can make anything.

I would have to say fresh herbs. Fresh herbs and continental parsley is my favorite. Without that, I can’t live. I need to have that flavor in just about everything I cook.

What are a few cookbooks that make you life better?

I use an old series that I think is still available.

Time Life is the publisher, and The Good Cook series, that’s the series. I think it’s one of the best.

I like heavy metal music. I’ll turn that on, and I’ll play heavy metal music and my kids will run around and climb all over the place. I like cooking to that. But my wife, when she comes in, she likes it nice and soft and gentle, like jazz. So, one of the two is fine by me.

I just have it on shuffle. Slayer was something I was listening to last week, and that was good. Iron Maiden’s good, Metallica, they’re all good.

On Keeping Posted on Adrian: 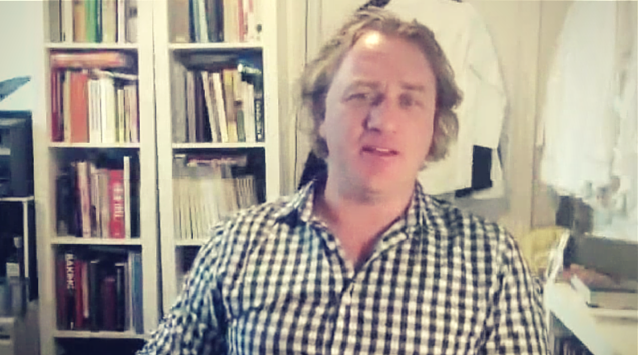 You can start with Twitter, it’s @tastysausage, with Instagram, which is @verytastysausage. Facebook, you can just go to the Adrian Richardson page and there I’ll be. You can go to our website, www.lalunabistro.com.au, and also adrianrichardson.net, so there’s a couple of different ways to get in touch.