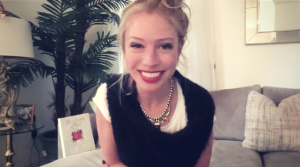 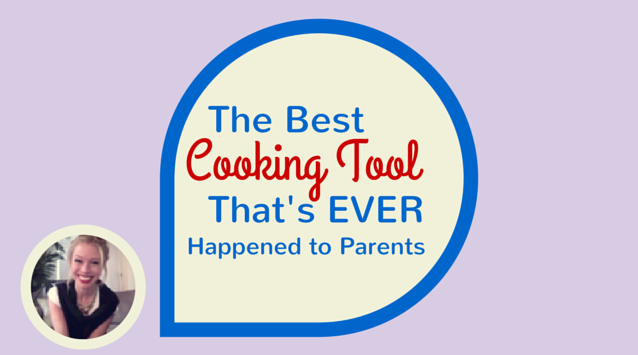 I am so happy to have Jordan Reid of Ramshackle Glam here on the show today.

On Ramshackle Glam, Jordan shares her very personal journey as a mother while also covering fashion, beauty, and entertaining tips. Her website has been featured in Time Magazine, Cosmopolitan, and The New York Observer.

Jordan has also authored a book called Ramshackle Glam: The New Mom’s Haphazard Guide To (Almost) Having It All.

On Studying Neuroscience at Harvard to Starting Her Blog: 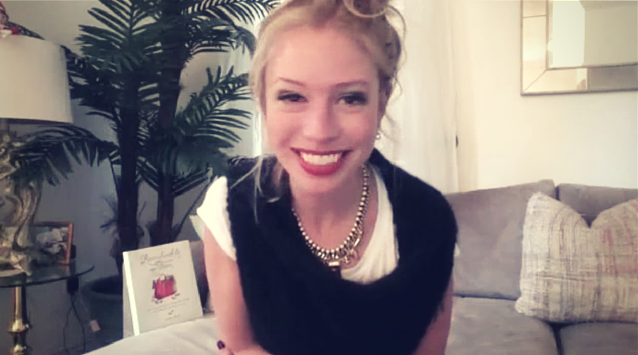 I grew up in New York City and I was an actress when I was a teenager. I went to Harvard and I studied neuroscience thinking, “Oh, it’d be so wonderful to be a doctor, and make my parents extremely proud.” And then I was like, “I think I’m going to go be an actress again.”

They were as happy about that as you can imagine.

But then after a few years in Los Angeles, I realized what I really loved to do was sort of a mish-mosh of various things. I love entertaining and cooking and writing and photography and fashion and beauty.

I loved all of these things and I couldn’t figure out the best way to get to do all of them all at once. People told me it was impossible and I just never felt that it was.

Then sort of on a whim I started writing a blog. I had never read a blog in my life, ever. I had to ask a friend how to hyperlink. I didn’t know how to set one up.

It just took off very quickly and it’s been really exciting to get to explore all these different interests through this one channel. 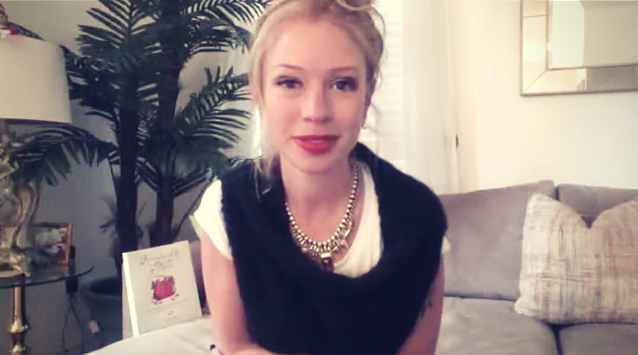 I said I wanted to be a writer when I was three years old. That was always what I wanted to do and I always wrote. I just never had a channel to express it because you write for yourself. But now a days, with blogs, you can get your words out.

It’s just such an unbelievable gift.

And with regards to writing about food, my aunt is actually a cookbook editor. She got me interested in reading Jamie Oliver cookbooks way back in the day and I would read them like novels, sitting down and cover to cover reading them.

That’s what really got me interested – that food isn’t just… it’s not just what you make. It’s the story behind it that’s always the best part.

On Cooking for Her Aunt Who’s a Cookbook Editor: 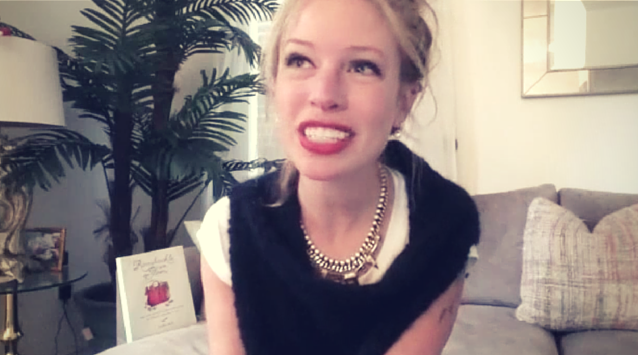 I am so scared to cook for my aunt because she’s a professional honestly.

And my thing is all about… I just don’t have the patience for fussing around in the kitchen. I wish I did and I wish I had all day to sit there and hand chop garlic. I just don’t care.

I actually had her edit my book, the section on recipes, and I was super nervous but she was very kind. She was gentle with me.

But no, I haven’t cooked for her but I’m going to make her Matzo ball soup the next time I see her. 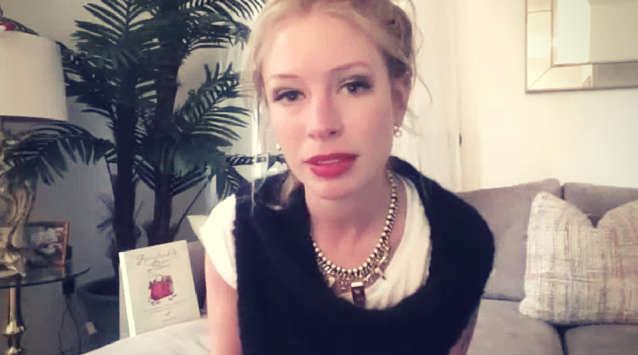 We certainly could order in every night. It’s not like we have a dearth of restaurants around here. But for me, cooking is a joy and a passion that I have adapted to make space for in my life.

I don’t have the time or the ability or energy frankly to do it the way I guess I would like to. I’ve just had to find short cuts to make sure that I can cook in a way that makes sense.

The slow cooker is the best thing that has ever happened to parents.

Because my son, he’s three, and he loves to cook with me. I think it’s so important when you have kids, especially if you are a cook, to get them in the kitchen immediately. They’re going to want to be in there if they see you in there.

That said, when my son was young I was like, “Get out of the kitchen! Get out of the kitchen!” He was just a whirlwind when he was just learning to walk. That’s when the slow cooker came in handy because you are just like, throw it in and you leave. Your kitchen cooks dinner for you and you don’t even have to think about it. I love it so much. 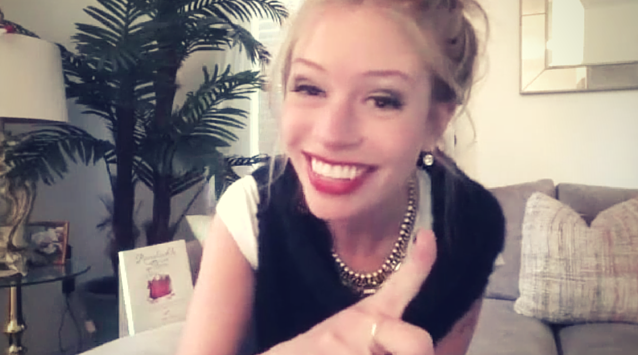 My husband, he’s like, “I hate fish.” And I was like, “I will change you to the dark side.” Because fish is so healthy and it’s actually so easy.

I was totally intimidated for a long time until I discovered this method. And it is actually the only way I cook fish on a day to day basis because it’s that easy.

You just take a piece of aluminum foil, throw in your fish, throw in some white wine and butter and a little lemon juice, and crinkle it up on top. 20 minutes, done.

And it looks so impressive.

If you have guests over you’re like, “Here is my foil packet of fish.” And they’re like, “Wow, you spent all day slaving.”

On Her Book, Ramshackle Glam: The New Mom’s Guide To (Almost) Having It All 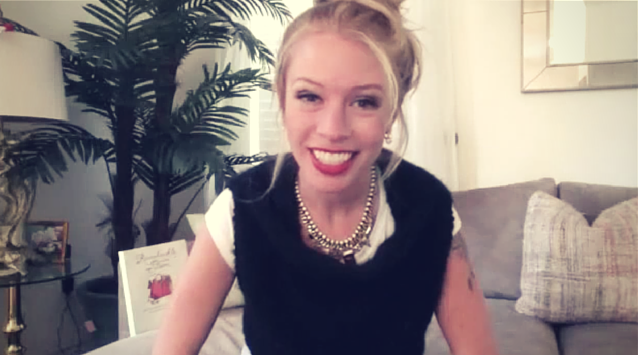 It’s basically a style memoir so it’s really just stories of my experience of my first couple of years with my son. It’s sort of through the lens of style and by style I mean fashion, beauty, entertaining, food, home decor, all of that.

It’s about how I was always someone who really cared about things like making a really nice dinner, entertaining friends or wearing an outfit that made me feel lovely or whatever. And then once I had a child, I started thinking, do these things have any place in my life anymore?

I found that they absolutely do.

You just have to be more flexible. Just a little bit more flexible about how you eat that dinner. You might eat it balanced on your knee while balancing food over the head of your child but you can still eat it.

I just eat like a wolf. And I have to tell my husband, “I am so sorry. I am just such a disgusting dinner companion.” Because I am so used to shoveling food in as quickly as I can to get back to whatever crisis has developed.

Anthony Bourdain… anything… anything, the grosser the better.

My friend, Alejandra Ramos writes a website called Always Order Dessert that I really love and it’s my current go-to for baking because I can’t bake.

I would say a slow cooker.

Everyone needs to have a slow cooker. It’s an amazing tool that once you get the hang of it, it will just revolutionize your life.

I think people used to view it as the lazy person’s alternative to making a real meal.

If you look at more old school recipes they were very creamy. It was like throwing a cup of mushroom soup, and it was just heavy rich meals, were what you used to make with it.

Now people have rediscovered it. And so now there are so many lighter alternatives to those more traditional meals that you made. But I think it’s having a comeback.

Garlic powder. Isn’t that classy? I can’t live without it. I love it.

Because you know what? The thing about garlic is it’s such a pain to mince. I’m either going to chop off my fingers or your fingers smell like garlic for two weeks. And they do sell those garlic mincers but those are annoying to clean out.

You know what makes your life easier? Garlic powder.

I have the full collection of Jamie Oliver cookbooks but his first one is my favorite. I think he sounds just so fresh. He’s just got such a fun, original, sweet voice.

I also really like Mario Batali’s books. I find them difficult but that’s okay once in a while. They’re more fun for me to read and look at than to actually do.

Honestly, the recipes I actually make, I get off the Internet.

The cookbooks are for reading and for enjoying and for inspiration more than anything else. 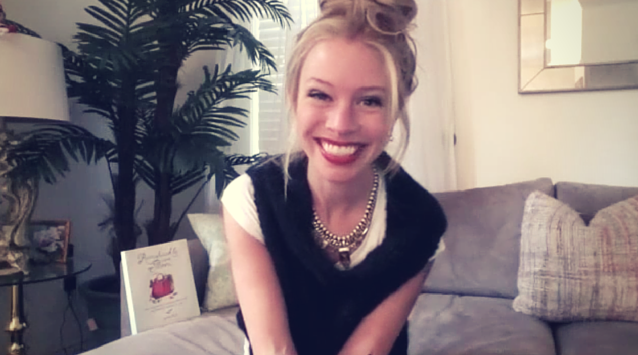 Have Jordan’s Special Dinner Dish Recipe Sent To You Now: