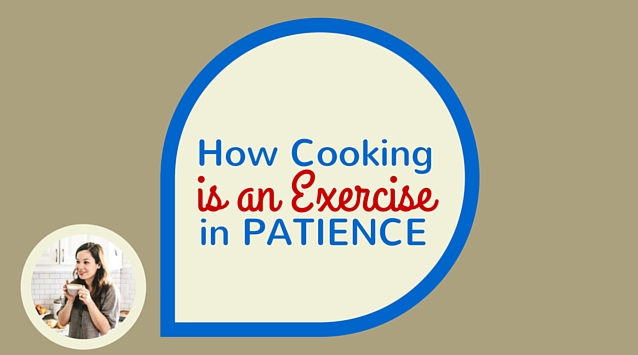 Hannah graduated from Boston University with a photojournalism degree and started her blog Nothing but Delicious out of boredom. She had spent some time away from writing and photography, but through her blog, has learned many lessons like that she indeed wants to be a writer and that cooking is an exercise in patience.

I am so happy to have Hannah Messinger of Nothing but Delicious here on the show today.

(*All photos below are Hannah’s.) 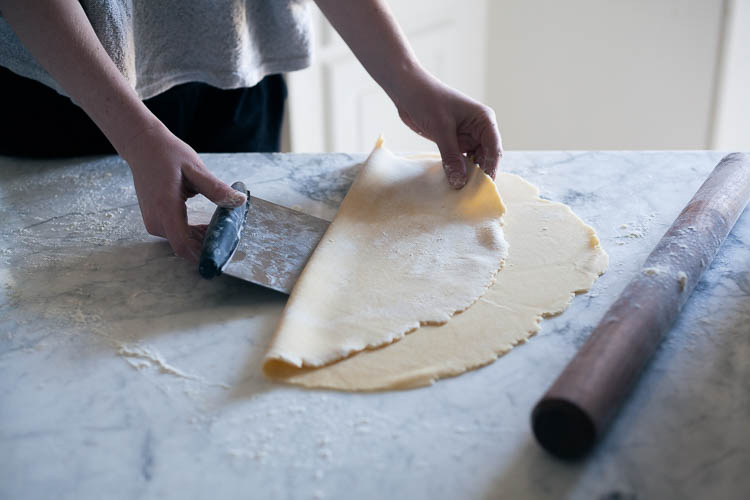 I had been reading fashion blogs for awhile. My favorite one is called Sea of Shoes, and they had linked to a blog called, La Tartine Gourmande. Which I’m sure I sound like a redneck. I’m from Tennessee. I’m really sorry. But I had this office job where I was just on the computer all day and talking to people on the phone, so I could look at whatever on the screen.

I ended up reading the entire blog, start to finish, like a book just because, I mean, what else was I going to do? I can’t sit still. I didn’t realize that food blogs were a thing. I didn’t realize they could be a cool thing. Back in the day when you thought of a blog, it was kind of a dorky thing, right? I was just blown away by her images of her recipes and the way she wrote. And I felt like it could be, if nothing else for me, good practice just to write and to photograph things.

Nothing else has brought me so much fun work. It’s not lucrative work. But I mean, my first job, I got from Twitter shooting a brand new chocolate company here, brand new then, not brand new now, called Olive & Sinclair. The owner is a real-life Willy Wonka, and he always just gives me a box with $200 worth of chocolate in it. It’s so much fun. 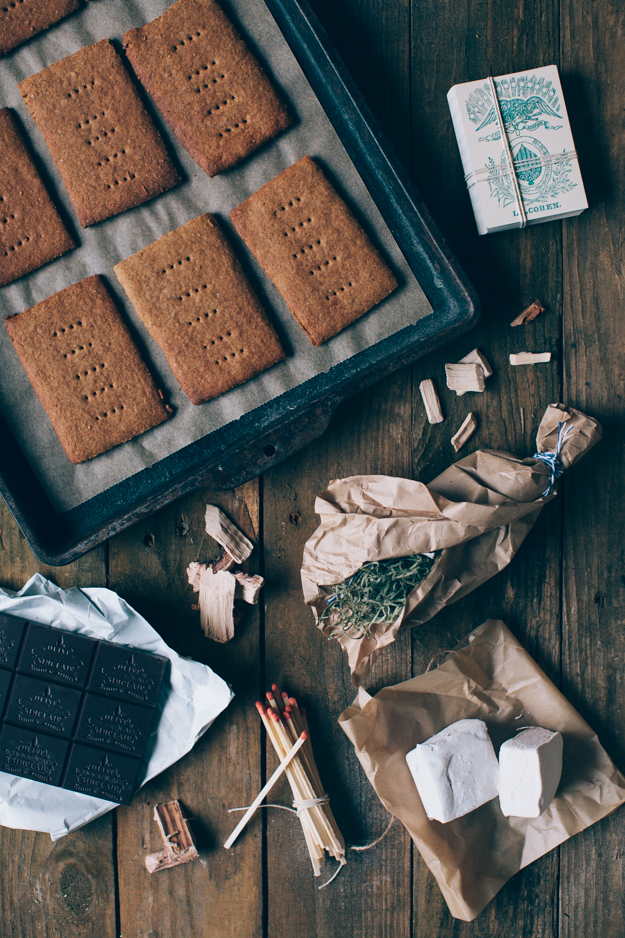 When I was maybe three years old, my yaya – that’s Greek for grandmother – gave me a teeny tiny baking set for Christmas. It’s probably the best gift I’ve ever received, to this day. She was a really great hostess and I have very fond memories of going to her house on every holiday and just Sunday afternoons. And everything she made was so intriguing. From Chex Mix to Jello salad, because it was the ’80s, to prime rib. Everything was perfect.

My mom, every Easter, makes lamb and manestra. Which is not the right name for it, it’s just what my family calls it, I learned recently.

It’s lamb baked on a rack so that the juices drip down. And then you put cherry tomatoes under it and they roast in the juices and let their own juices out. And at the end, you throw in orzo and it cooks in all the tomato and lamb juice. And you serve it all together on a plate with lots of lemon and herbs and feta cheese. And she also makes spanakopita with filo dough. I wasn’t even allowed to touch the filo until I was 18. But now she lets me do it, and it’s really fun. 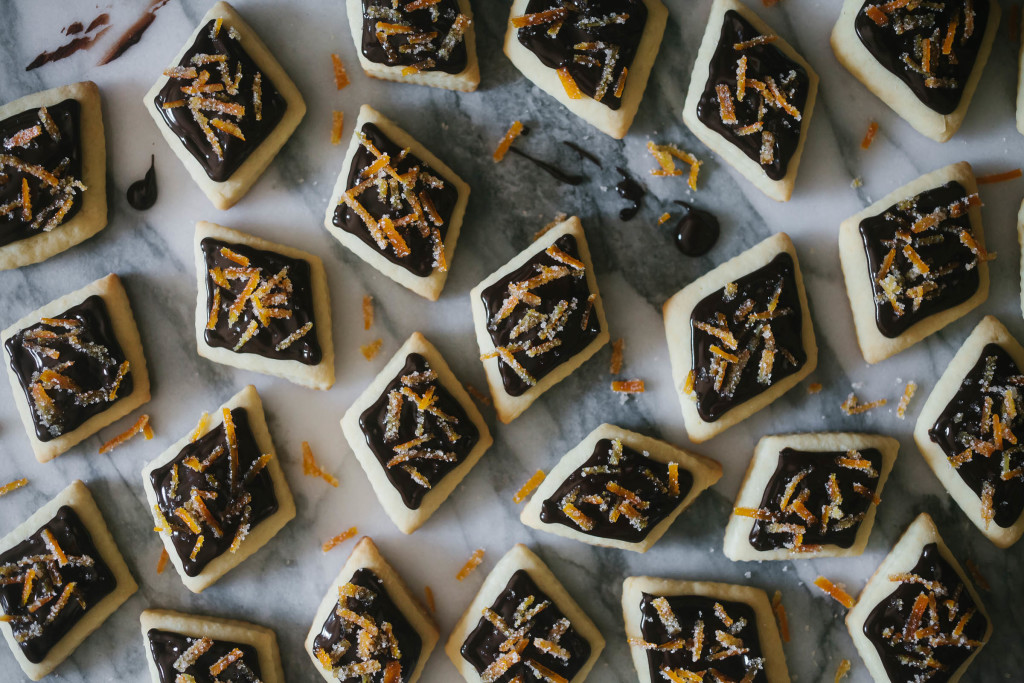 I think everyone in the blogging world. I learned almost everything I know from Alton Brown, as opposed to going to culinary school or anything like that. The book, Ratio, by Michael Ruhlman, was really life changing.

I also love this book called, An Everlasting Meal: Cooking With Economy and Grace, which is by Tamar Adler, but it’s modeled on the book, How to Cook a Wolf, by MFK Fisher. It talks about toppling meals. That if you have steamed broccoli for dinner one night, the next day at lunch you make quick pickled broccoli stem salad. And things like that. Meals that make sense, that merge into one another. And that really changed the way I cook.

On Cooking as an Exercise in Patience:

It takes time and there’s no way around that. If you mess up a recipe, a lot of times the store is closed, you’re out of ingredients, you’re out of money to buy new ingredients. You really have to wait until next week, if you’re a home cook, to try it again. And that can seem like such a long time for an impatient person like me. I feel like that’s an everyday challenge for me, not only cooking but things take time, and cooking has conditioned me, I think, to deal with that in my life.

I did a kinfolk dinner maybe three years ago in Chattanooga. It was all about infusion. And I had made a chai pots de creme. Which, in all my recipe tests, the cream broke because ginger is pretty acidic but it’s a necessary flavor in the process.

So I struggled to figure out how to get it in there. And then when I finally figured it out, I was baking them off at my parents’ place which…they were renting a really old condo at the time. And I put them in the oven and I thought, “This is it. I’ve finally got it.” And I swear, the oven door exploded. And I sat down in the middle of the glass and cried.

On a Dish She Finds Challenging and Requires Patience: 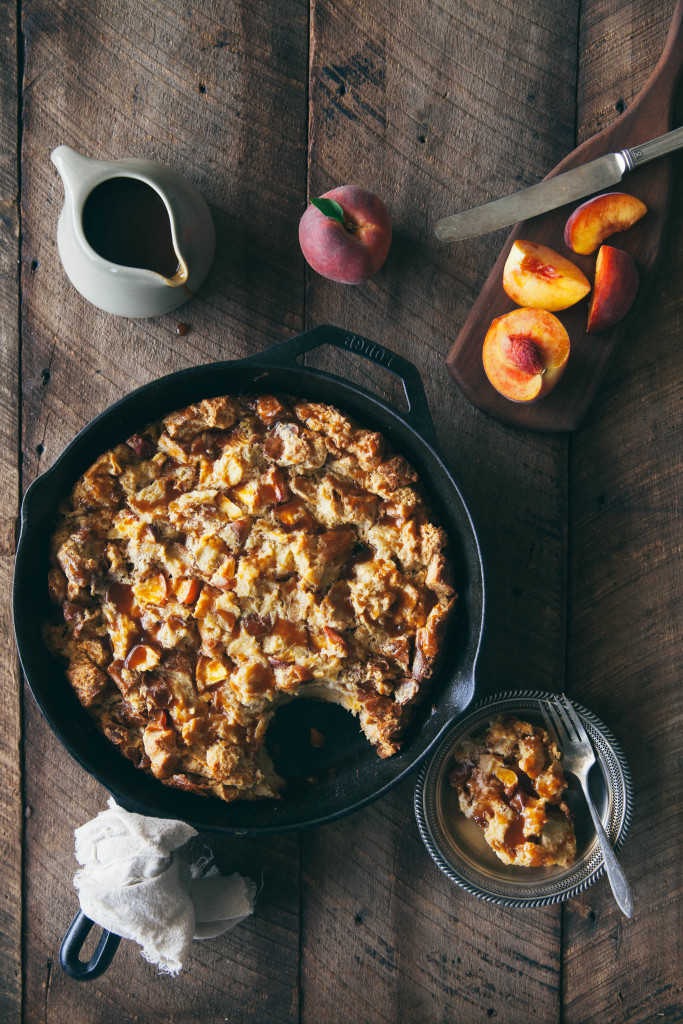 I struggle with custard pies. I mean, we all do. They’re very temperamental. I lose one to slumping or sogginess every now and then like everyone. But I try not to let that get me down.

I’m going to use custard pies as an example, because I just talked about it. And my advice would be just to take baby steps. If you can make each separate component by itself and succeed without combining them, which is to say you can roll out the dough and you can bake it in little rounds. You can make lemon curd, put it on top, top it with strawberries and a little whipped cream or something. Then you know you can do it next time and you feel good going into it. Just that you know what each thing is supposed to be like and that you’ve done it successfully.

My mom always says, “Take the next right step,” which sounds so frustrating when you have a really big and daunting task in front of you. It sounds like being told to think small. But small steps snowball. And that’s the only way you can get anywhere. You can’t do step nine before you’ve done step two. I get really mad at her every time she tells me that, but then I’m like, “Okay, wait, this has always been good advice.”

Obviously, I watch Mind of a Chef and Chef’s Table. And Great British Bake Off. Who doesn’t love that? But recently, my favorite is called, I’ll Have What Phil’s Having, on PBS with Phil Rosenthal. It’s so, so, so funny.

I’m assuming everyone knows about Molly Yeh. Everyone loves Molly Yeh. She’s so funny and so sweet. I’m just a super huge, major fan girl of Lady and Pups. I like her brutal honesty. I like that she has a series called, The Shit I Eat When By Myself. I mean, it’s embarrassing stuff that I eat shit like that when I’m by myself, too. And I’m like, “Yes! Yes, she’s so cool!” My favorite one, it’s like flaming Cheetos in a grilled cheese with arugula and gouda. It’s beautiful.

My favorites right now…do you follow Chef Jacques La Merde? It’s really some of the best satire our generation has ever seen. And then there’s another one called Kimi Swimmy. And I saw her via Munchies on Vice. And they say that she kills octopus with her bare teeth.

It’s not very unusual but I have this marble rolling pin that I bought at a thrift store years ago for $10. And two or three years ago, I was in this real freak accident with this semi that ran over my Subaru, and the only things I pulled out of the car, besides myself, were my dog, my camera, and my marble rolling pin. It’s been through a lot with me, so I’m a little attached to it.

I’m actually in the process of learning to like shrimp. I know everyone loves shrimp but I just never have. Actually, the restaurant group I work for has a restaurant called, Little Octopus, and the chef there makes shrimp ceviche. That’s really the first time I’ve ever felt like “Okay, I can do this.” I make myself try shrimp a minimum of three times a year, and I’m really glad I did because this was the first time I thought I could get somewhere with it.

Probably my favorite cookbook right now, and maybe always, is Donna Hay’s, Seasons. It’s just photographed beautifully. The recipes are simple. They’re seasonal. They’re just beautiful. And then because I make pie a lot, I refer to The Four & Twenty Blackbirds Cookbook all the time. It’s really like the pie Bible. You can’t go wrong with a recipe from Four & Twenty Blackbirds.

I love the album called, Yankee Hotel Foxtrot from the band Wilco. I don’t know, I have a lot of moods while I cook. I go up and down and everywhere in between. And it has a good range of songs that I feel like accompany that. 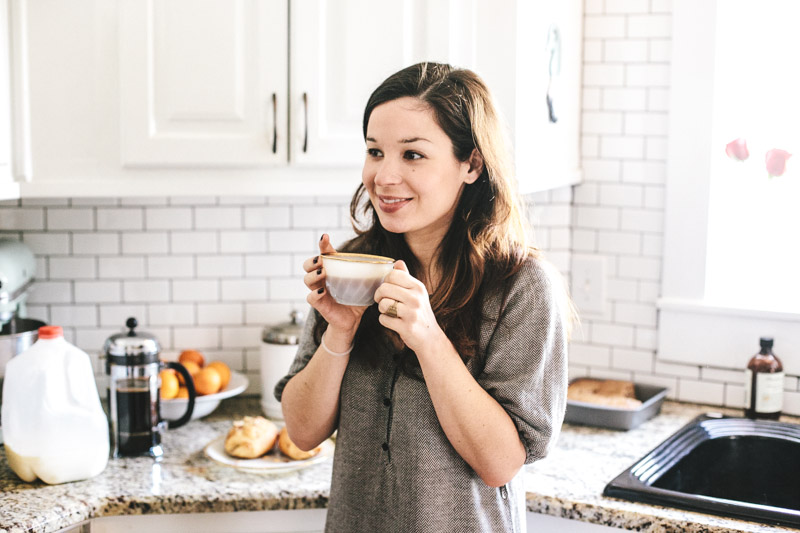