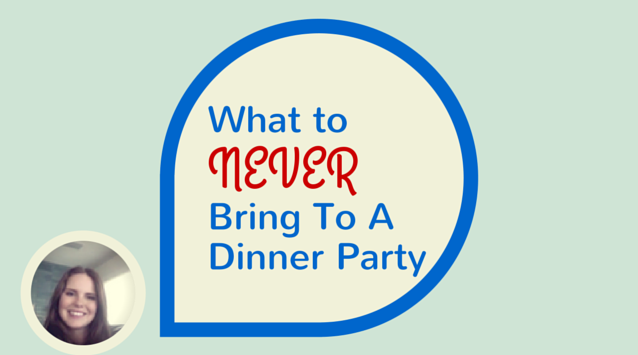 I am super excited to have the amazing, the awesome Claire Thomas here as my special guest today.

She is doing a lot of really cool stuff. Apart from her website The Kitchy Kitchen, Claire also has a cookbook called The Kitchy Kitchen. She has a television series called Food For Thought with Claire Thomas, and in my opinion, she is rockin’ it.

She is truly on a mission to help us home cooks amp up our everyday dinner routines.

On Her Interest in Food History: 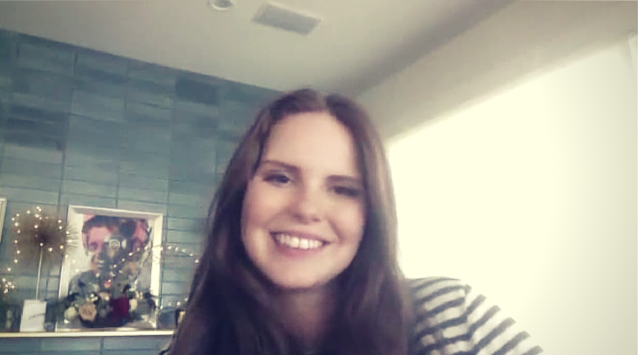 I fell across food history. I read this article. It’s in one of my favorite magazines called Gastronomica. It was an article about how Leonardo da Vinci’s Last Supper is neither kosher nor Aramaic. It misses it on both accounts, and I thought that was so funny because the Passover meal is kind of a set script. Everyone knows what that is. It seemed sort of a weird place to take artistic license.

As I read the article, it talked about how he actually just put his favorite food in the painting, which is eel with orange slices, which I thought does not sound Italian. He’s Florentinian, so I expected pasta or something like that.

Then it occurred to me that he probably didn’t have pasta. They definitely didn’t have tomatoes. They did not have corn. They didn’t have so many of the things we think about as being integral to the Italian canon of cuisine.

So it sent me on this weird journey of, “What was Italian cuisine before the Age of Exploration?” Just really weird, nerdy side projects.

So I ended up just falling in love with food history.

I found it to be the closest thing to a time machine, because if you understand how people ate, you understand how they lived, their economy, their environment, the politics of the time. Some of the funniest and oldest laws on the book for major cities like Venice, for instance, are actually food-related, something people have seemed to be historically very persnickety about. So you get a great sense of, I guess, people’s personalities through history.

What I love about it too is it’s something inescapable about the human condition. We have to eat.

I love how it makes me feel connected to the past, and the people who lived in the past. Because a lot of times, we can think of them as figures in oil paintings with funny wigs, or that kind of thing. It’s cool to think of them as real people who had very strong opinions. Some of them like their food salty, some of them liked it spicy. That kind of thing.

On Starting The Kitchy Kitchen Blog: 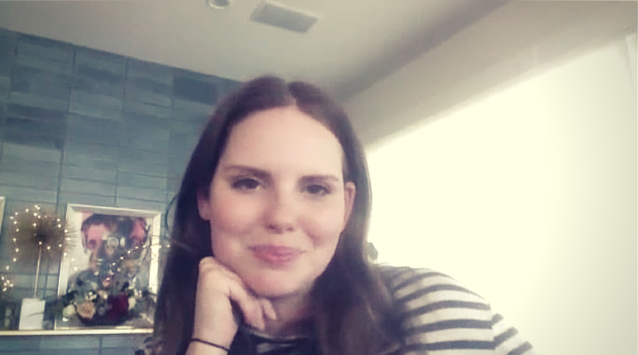 It’s so funny thinking about where my blog started and where it is now.

I started the blog as a little fun place to put my creativity. My job was kind of boring, and my mom saw I was struggling. At this point, I was really full-blown geeking out over food history and recipe testing. She said, “Why don’t you start a food blog?” Which wasn’t really a thing four years ago as much as it is now.

Being a nerd who didn’t understand how the Internet worked, I thought, “Oh, then okay, I have to prep everything. I have to have really great recipes and learn how to shoot.” I put all this pressure on myself not realizing that the Internet is like you’re a tree falling in the middle of a forest. You can fail in anonymity for very long, so it was great.

I learned how to shoot food photography by basically just picking up a camera and shooting it and staring at the picture and trying to figure out what was wrong with it. It was basically trial and error. My dad’s actually kind of an amateur photographer. He loves photography. It all came down to lighting. So we would have conversations about where the light was coming from and what exactly it was doing.

Then I started noticing food styling. I was able to basically quit my job that I had and become a full-time food stylist.

The blog was just pretty interesting. It started out very pretentious. If you go too far back, the food is kind of over-the-top. I think I was trying a little too hard. I was trying to appear very sophisticated, and it’s funny. 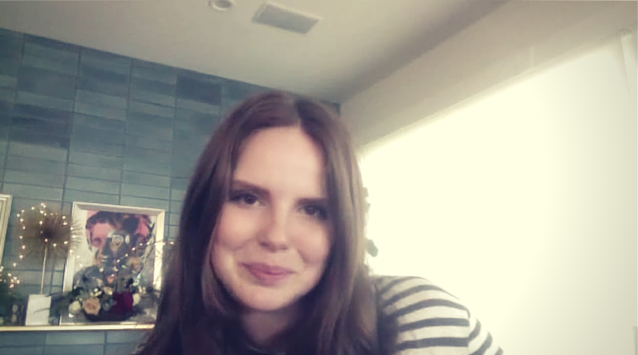 The opening line of my cookbook is “Have you cried yet?”

Literally. I’ve had my fair share of kitchen disasters, and still do. It’s funny. Like when I recipe test, most of the time, I’ve gotten it down to where I understand recipe structure really well at this point.

The one place that I’ve seen the most kitchen disasters is with attempts at gluten-free and vegan baking, because it’s just chemistry. It’s straight-up chemistry.

Do you guys have a BJ’s in Canada? It’s where I used to eat in middle school all the time. It’s like a pizza parlor.

They have a thing on the menu called the Pizookie. It’s a chocolate chip cookie that’s cooked in a pizza plate, and it’s gooey in the middle. They serve it with a scoop of ice cream on top. It’s wonderful.

I thought, “Oh, how cool would it be to do like a gluten-free, vegan version of that. Almost like a flourless chocolate cake, but a chocolate chip cookie.” I thought like, “Oh, this won’t be that hard.”

I had gluten-free, vegan, chocolate chip cookie soup the first three times I tried to make this thing. It just would not come together.

On What to (not) Bring for a Dinner Party: 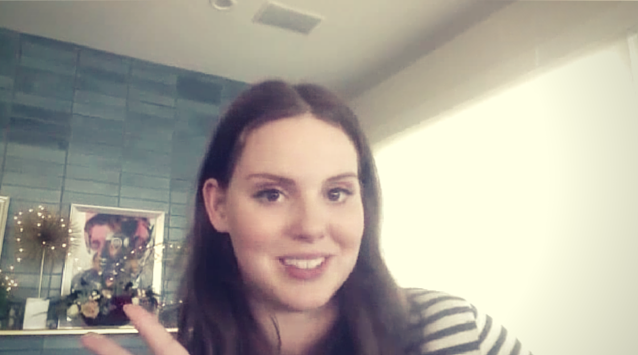 What I tell people whenever they come to a party I’m throwing, they asks, “Oh, how should I do my event?” or whatever. I always tell them, “Don’t ever try something the first time at a party. It’s just Murphy’s Law. It’s not going to work ever.”

It’s this need to impress. We want to be fancy and cool in front of our friends. My aunt has this cookbook called Cooking For Compliments, which is amazing just because of the title. Because at least it’s open about it, cooking for those compliments.

I mean, honestly, if you want to cook for compliments, if you want to impress people when you go to a party, just bring the dessert, because people will love a mediocre dessert and will not forgive a mediocre salad. So you will never get a high-five like, “Oh my gosh, amazing salad!” That never happens at a dinner party.

Joy the Baker, she’s a buddy of mine and she’s amazing.

Then Whitney A. My girlfriend, Whitney, is a sommelier and is amazing at putting together events and pairing wine and food. Those are definitely two of my favorites.

Also A Cozy Kitchen is another favorite. There are so many.

On Pinterest, I follow Bonnie Tsang. She has like a million followers. But she’s a photographer and she has so many great little pics. Also, Jenni Kayne. She’s a designer here in L.A. who I love. She’s so chic. She just picks beautiful, minimalist items.

Instagram, there are a few people I just followed that I thought were really, really special.

Nectar and Stone was one that I follow. She’s a patisserie person. She makes these just ridiculous, ridiculous confections. Then, I guess, also my friend, Jonathan from Compartes. He’s a chocolatier, and he always posts photos from his chocolate-making process.

I’d say for me, sriracha. Because, full disclosure, on weekday nights when I’m just lazy, my favorite dinner to make is scrambled eggs. I love eggs in general. I did scrambled eggs with a little bit of sweet soy sauce and whatever soft herbs I had. So basil, cilantro, green onion. Whatever I had, and then sriracha. That was it, and it was just the best thing. It was so good.

Brown butter makes it much better.

The Joy of Cooking is important in sort of an encyclopedic way. I mean, it doesn’t have that heart but it’s just such a great reference.

I collect vintage cookbooks. I have a couple dozen now. They’re so fun to me. The one that I actually cook out of the most though is called A Shaker Cookbook Not By Bread Alone. You can actually find it all over eBay. It is not a difficult vintage cookbook to find.

The Shaker cookbook is filled with amazing pie recipes.

It’s a great sort of anthropological look at the Shaker community and their approach to food. It has titles like Sister Amelia’s Strawberry Flummery, which I don’t know what that is, but it sounds magical.

It’s ridiculous sounding. But it’s fun. I love it, and I cook from it all the time. The recipes are really well edited. They’ve been tested a million times, and I’ve been very impressed.

If you’re going to start a vintage cookbook collection, that’s actually a pretty good one to start with. 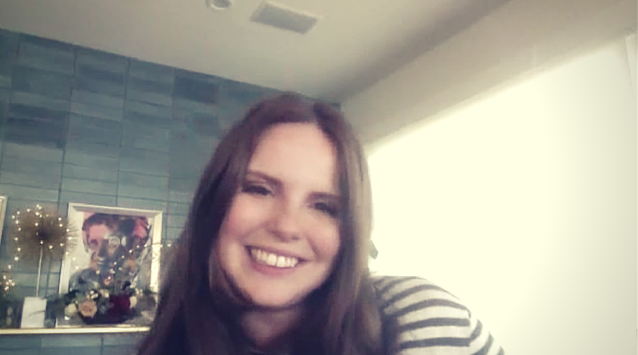 Well, my YouTube channel. I post on my YouTube channel three times a week. If you guys are looking for things between showings of Food For Thought and between the blog, you can always find some fun, new content there. I do everything from quick little tips to full-blown recipes.

Then otherwise, Instagram. If you @ mention me, or say hello, I’ll say hi back. I follow a lot of my own followers. I love reaching out to you guys. Please find me out there.

Have Claire’s Special Dinner Dish Recipe Sent To You Now: