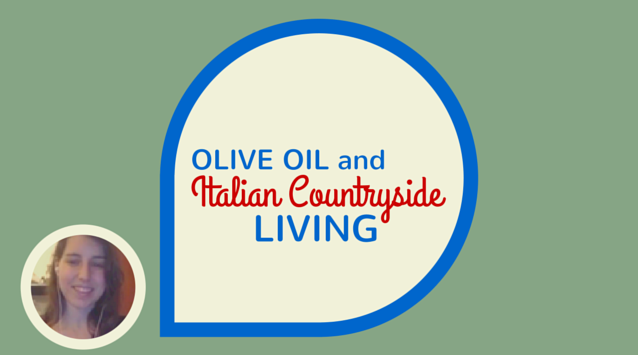 On her blog, Valentina writes as she explores a more natural form of cooking and food, which is always real and locally harvested. She focuses on unprocessed ingredients from her farm and makes simple traditional Italian meals with a creative, modern twist.

I am so thrilled to have Valentina Solfrini of Hortus Cuisine joining me here on the show today.

On Where She Currently Lives, Writes and Cooks: 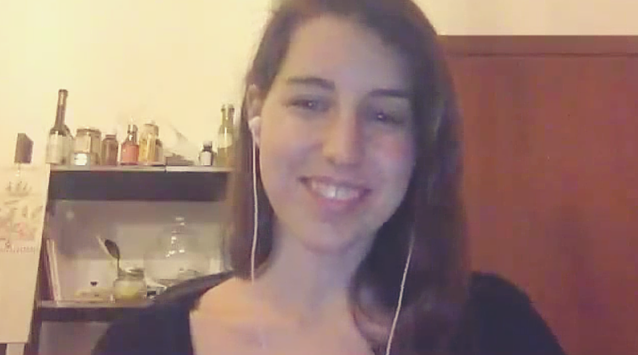 I am placed in between two regions in Italy, one is called Marche and the other one is called Romagna, and I’m right on the border.

So each region in Italy is very different but it’s really nice because I get the best of every world. I’m right at the seaside, and I have the woods next to me, and the hills, and the countryside. So I have a little bit of everything and it’s really a great place to live in, in my opinion.

On Moving to New York City:

I wanted to really explore the world and I felt like New York City had it all condensed in one place.

So especially back then, we don’t really have much internationality, so to speak. I really wanted to explore the Asian world and the Mexican world. I wanted to know what everything was all about. I had the chance to do this trip to New York and I fell in love with it.

I knew that there was a lot that I couldn’t impossibly know about other cultures, about the world and everything, but it was so much and it felt so overwhelming but in a very good way. Every time I went out the door and I walked into the street, everything seemed just so huge and I loved it.

On What Drew Her Back to Countryside Living:

Life here is quieter. The pace is much slower especially compared to New York where everybody is super-fast. Everything here is quite laid back. Nothing is really a big deal for Italians.

So sometimes we help my grandparents tend the garden, the vegetable garden or when winter comes, we go to collect the wood for the fireplace.

I have a desk job but our life really revolves around this little moment when you have to plant a seed or collect some vegetables, or me to go forage for wild herbs and stuff like that. It’s all very, very close to nature.

On Her Interest in Food and Cooking: 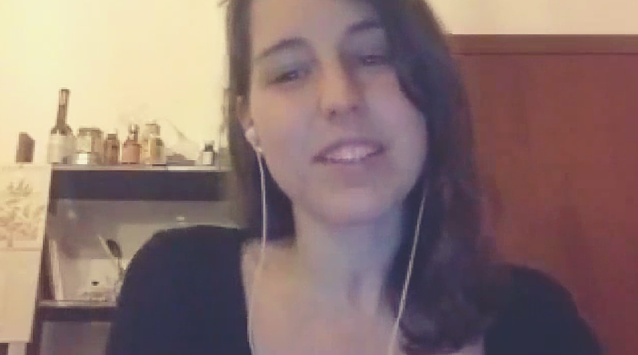 Food was one of those things that fell into the realm of the things that I took for granted because it’s something that always happen in my house.

My mom and my grandmother, they were always cooking, always. I’m lucky because I was in one of those families where women can stay at home and take care of us and the kids, and they’d be cooking, making pasta or baking something or anything.

I pretty much always learned to appreciate good food. We never really had anything processed or we didn’t buy snacks or anything even as kids because we felt that we didn’t need them. We never liked candy or anything just because my mom made amazing sweets at home.

I love to look at my mom doing stuff. I wouldn’t always do something but I would always stay there and look or sometimes would maybe shape the cookies or shape the pasta.

I would help or sometimes I would eat when she was cooking or lick the bowls. I was always there watching and eventually it grew on me.

When I went to New York, I was surprised that nobody was cooking. It was, “Are you serious? What, you go and buy salad that’s already been cut?”

On What Natural Cooking Means to Her: 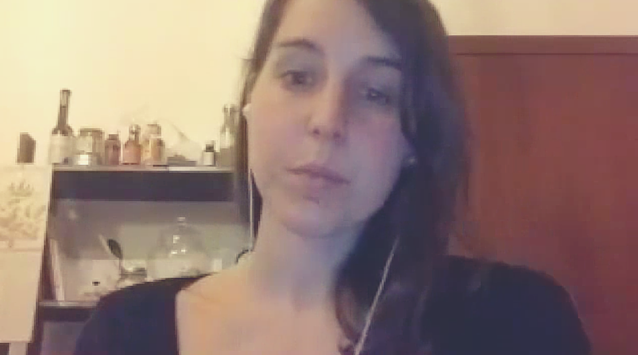 To me, natural cooking means cooking with ingredients that have not been processed too much. Sometimes, if you learn to read the labels, you’ll see that some foods have really unnecessary ingredients.

If you buy a jar of mayonnaise, you’ll find that it has preservatives and maybe food coloring or even sugar. 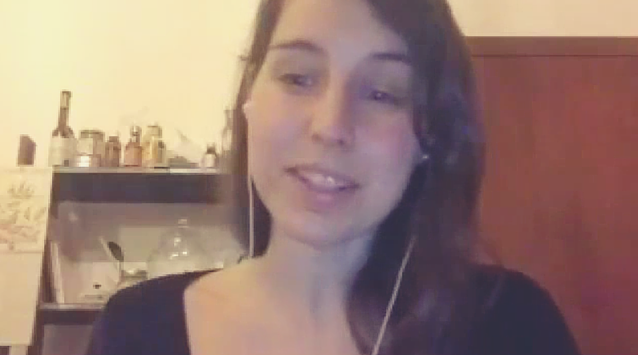 So that was a very interesting process because when I got back from New York, I realized that I had absorbed so much of other cultures that I was starting to forget about my own.

I realized that Italian cooking is actually quite healthy by itself. It has always been full of legumes and vegetables and there were so many recipes that are Italian and perfectly vegetarian, so I thought it would be interesting to rediscover my own culture with natural food. And I thought of combining those two things and it worked wonders.

I started the blog as a way to explore my own country. I realized that I didn’t understand Italy because I was feeling so good in New York and I didn’t really feel Italian. And then in the process, I rediscovered cooking and I really started to learn about the foods that we used have as kids and to really, really fall in love with it. 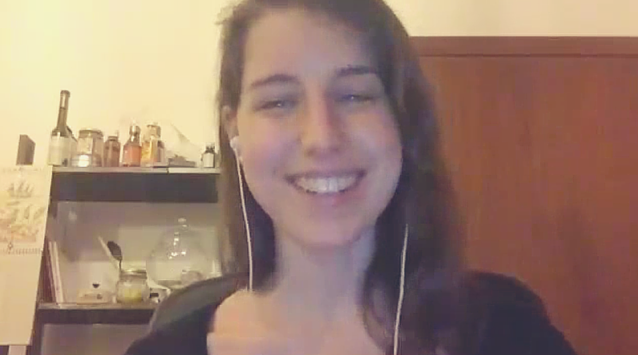 You separate leaves from the olives and this is quite important because if your leaves get into the olives, then the olive oil taste like grass, and that happens a lot. So you have to be careful with that process.

And then we take it to the mill. I call it a mill. It’s just basically this huge stone, you have two grinding stones, pretty much like flour, and that’s why it’s called cold pressed extra virgin olive oil. The very first layer of fat that you get out of this cold pressing, grinding between two stones, then the olive oil just filters out and you get this bright green beautiful thing but it’s actually murky. It’s not as clear.

Olive oil actually gets that golden and that clear when it’s about four or five months old. When it’s super fresh, it’s bright green and quite cloudy. And that’s it, that’s virgin olive oil.

Then you have other kinds of olive oil that are lesser quality. You can obtain by pressing what is left by pressing extra virgin olive oil.

And then you have another press which is regular olive oil.

That’s my experience at least.

I think that the best olive oil, it has to be quite a strong character. It’s really difficult to tell maybe by the color or the smell because it really depends on the kind of olive or on how old the olive oil is.

But usually the green sort of cloudy olive oil is really the best and it’s actually quite difficult to plant and sell because that’s going to be very expensive.

I saw that some supermarkets or some stores had a little sampler with bread that you could try, and at the end of the day, if it’s virgin olive oil, you should just taste it and see if you like it.

You can tell olive oil from extra virgin olive oil because regular olive oil is much clearer and it has a more pale color. So that’s how you tell.

I love to watch Jamie Oliver. Just whatever he does, he puts such passion in it that I just love watching his enthusiasm.

There are so many. I love Green Kitchen Stories. They got me inspired to actually start a blog. They were probably the first bloggers that I started to follow seriously.

And then there is another one that’s called In The Making By Belen, which is a healthy food blog. She is a yoga teacher who shares vegetarian recipes. They are really awesome.

And then there is Beth Kirby from Local Milk. She is like pure aesthetics. I love her blog so much.

And then Skye McAlpine’s blog From My Dining Table. She talks about Venice in such a beautiful way.

And then I love to follow Japanese photographers on Instagram. I’m not sure about the names right now but just a bunch of Japanese people. I really love the bright style that they have.

My favorites to follow on Facebook are probably everybody who has something to do with healthy food and Mimi Thorisson from Manger, the French blog. She is amazing. She really has quite the sense for aesthetics as well.

My Vitamix. It’s unusual for Italy because actually when I bought it, it wasn’t available here and I had to buy it from Germany but I love it so much.

It’s probably the best spent money of my entire life. I use it every day, two times per day. I love it.

Some ingredients are really hard to find in Italy, so I have to make my own like almond milk.

That has to be sesame oil or sesame in general.

I wasn’t into sesame probably because it’s not that known in Italian cooking. It’s not an ingredient that we use. But then I started to experiment with Asian cooking and Middle Eastern cooking and, of course, sesame is there.

Actually, the cookbooks I cook from are those old cookbooks made from the 50s or from the 70s that have those very nice recipes that I love to reinterpret in a healthier way.

And then I have my favorite cookbook to look at is probably Isa Does It. It’s a vegan cookbook that is so so full of fun ideas. I don’t think it’s always healthy but it’s amazing.

I also love to read the Julia Child’s cookbook because it’s amazing. Just so well done. It’s my kind of cookbook.

I don’t have a song in particular. I guess all French or Italian songs get me in the mood. There are a bunch of French songs that really getting me in the mood for cooking.

Old French songs, maybe like Edith Piaf. You know these people but maybe the happier kind of songs. Not the super romantic French songs.

On Keeping Posted on Valentina: 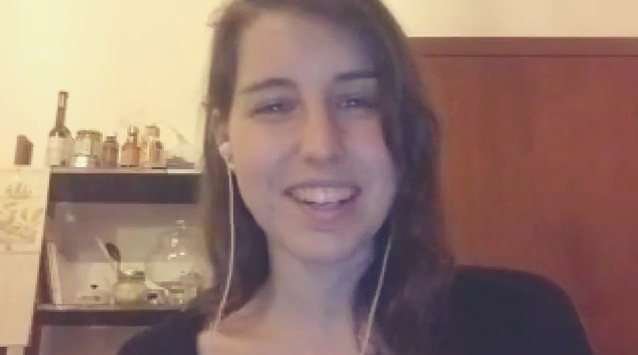 You can follow me on Facebook at Hortus Cuisine, Pinterest, then I’m on Instagram, and I love receiving comments of all kinds. I look forward to hearing from people who write in on my blog.