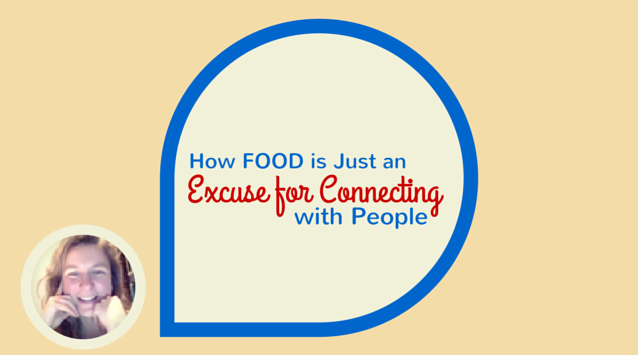 From My Dining Table

Skye is a writer, a cook, mom and scholar of Latin literature and she is from Venice, Italy. On From My Dining Table, Skye shares stories that come about over her home cooked meals, what she last made for her family and friends, and why it was good or not.

I am so excited to have Skye McAlpine of From My Dining Table on the show today.

On Her Journey to Starting Her Blog: 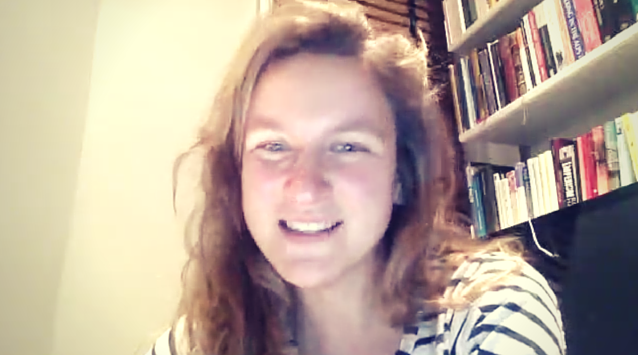 I am English, but my parents moved to Venice when I was five years old. They were just going to live there for a few months and we just stayed. So I grew up there.

I grew up kind of part English, part Italian, part kind of everything. Very much enjoying the local view. When I finished school, I thought that it would be fun to leave home. I think everyone wants to leave home very dramatically when they’re that age.

I had this dream that it would be fun to study at Oxford. So I went to Oxford, and I studied classics. That is where I met my husband. I think it was sort of, funnily enough, being away from home that I realized how much about the day-to-day life in Venice and the food that I really missed.

So I started cooking for myself and for my friends. And one thing led to another and I became more and more interested in cooking, and loved entertaining, and having people around, and long meals. And then when we left university, I just kept on cooking and I then thought, “Well, why do I not write about it?” My great passion is writing and cooking, and I put the two together in my blog. 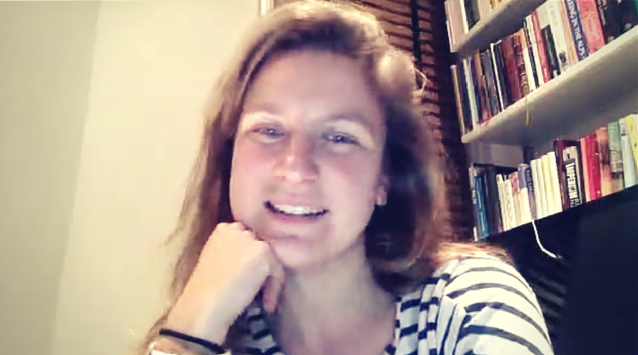 I think I probably would say I’m writer first and a cook second. Just because I have no training, no formal training in cooking, I’m completely self-taught, and taught almost entirely through cook books and reading them obsessively, and trying things out, and talking to people.

I never really feel confident putting myself out there as a chef. I am very much a home cook. 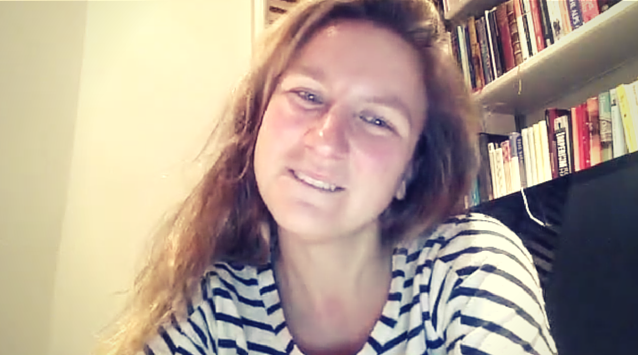 I think it comes naturally to everyone. I feel quite strongly that food and cooking is very second nature for humans. We have to feed ourselves. So we are built to cook and to eat well.

I do not know if maybe that’s something that becomes as part and parcel of growing up in Italy, where everyone cooks. I mean, that’s the thing that we have in the Anglo-Saxon world where cooking is like – it’s skill. In Italy, everyone is like, “Well, of course you can cook. Why would you not be able to cook?” So maybe that’s why I have a kind of can-do attitude about it.

I’m not sure if I’ve got a talent for it, but I know that I know what I like. I’m willing try stuff. So I’ll try it and if it tastes good, then I’ll make it again and again and again.

I’m sort of adventurous in that I like exploring new things, but also very classic as well. In Italy, it’s not so much about nouveau cuisine or crazy flavors. It’s more about good solid classic flavors that work well. And then I love cooking with herbs and things. So I will add a lot of herbs to sweet dishes or savory dishes. It’s not particularly revolutionary, but I find it makes things taste good.

On the Food Culture in Venice, Italy: 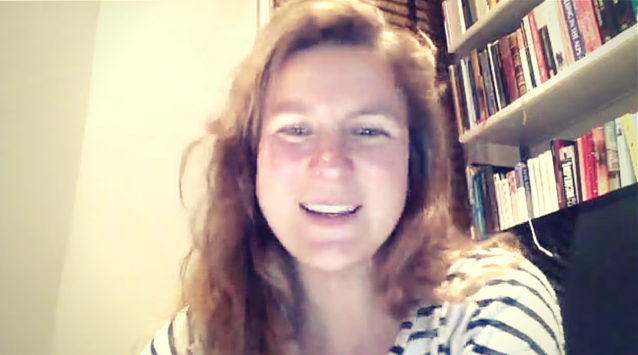 The food culture is… that’s almost, that is the culture. Food is such an important part of life there. I think that was something that certainly I took for granted when I lived there before I moved away.

It was living in England that I appreciated it. Of course it’s really special that you get to buy your tomatoes at the market, and that children grow up eating artichokes. And all these basic things that I’d really taken for granted but that actually don’t happen so much in the U.K.

The food there, it’s always been fresh. There are one or two supermarkets, but they’re very small and they’ve only opened in the past few years. Traditionally, people really do shop at the market everyday or every other day. They’ll buy small portions. And it is just very seasonal the way people eat. Not too much because that’s trendy and fashionable, but more because that’s how they do it. That’s how it’s always been done.

One of my favorite dishes is this dish that’s very, very Venetian, and very typical called sarde in saor. It’s tiny sardines which are pan-fried in a bit of flour and just lightly fried, and then you cook them in a sauce, just kind of vinegar, and onion, and pine nuts, and raisins, and bay leaves, and there are some other herbs in there. Traditionally, it’s little sardines but you can do it with prawns or pretty much any sea food.

I kind of think that’s one of those things that sounds really not terribly nice, but actually when you eat it, it’s delicious, it’s so good. I can imagine coming to Venice as a stranger and seeing it and saying, “Oh, no, I wouldn’t have any of that.” But it would be a real mistake. You should definitely try it.

I have a rule if I get into a restaurant and there’s something on the menu and I think, “Oh, my gosh, that sounds absolutely disgusting.” I have to order it, because I think they wouldn’t put it on the menu sounding like that unless it tasted really, really, really good.

On Venice, Italy for Food Lovers: 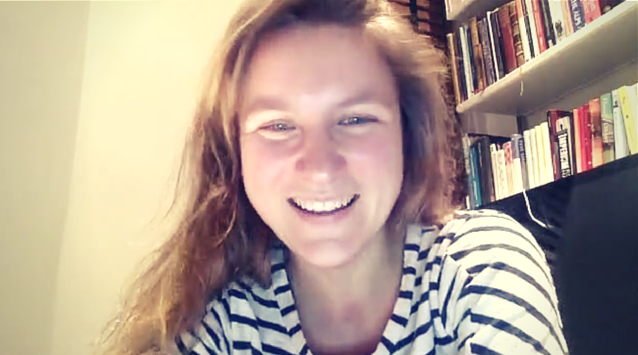 Venice is a really tiny town. You can walk from one end to the other, if you know where you are going, in 45 minutes. So it’s not so much like London or New York, where there are cooler neighborhoods or so forth. It’s all pretty kind of the same. But I would say that I would avoid the Rialto, St. Marks Square, kind of more touristy area, just because, I mean there are some good restaurants there, but it’s also it’s more geared towards tourists, it’s more expensive, it’s not quite so good.

I would definitely explore the kind of ghetto area up towards the station that’s very quiet and very residential, and there are some great restaurants there which are undiscovered. Explore the outskirts of the city. Maybe go to the Guidecca or those parts of the city where there are fewer tourists, and that’s where you can get really good food and a more local experience.

On Her Love of Cooking: 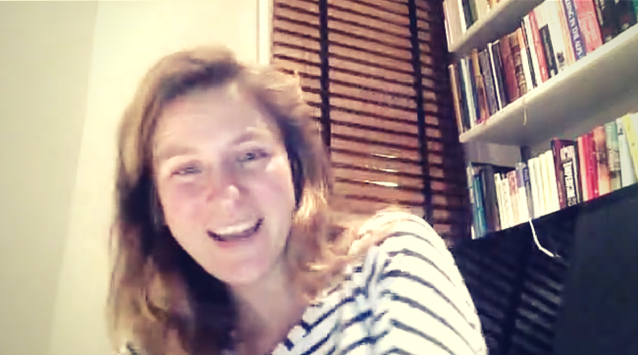 I think my parents always entertained a lot, my father in particular. Lunches and dinners at home would quite regularly be for ten, 12, 15, 20 people. Often kind of random people, friends would be in town and they’d say, “Oh, we met some people, can we bring them? Or friends of friends or family or just totally random people. I’ve always really kind of loved that. Maybe because I grew up that way, or maybe just because that is my character.

I love thinking of meals as more than just a way of eating and feeding yourself. I think it’s sort of special to make it something special, even if it is if you’re just having pizza. Or you are just having a plate of pasta. I think if you have a large group of people, good company and a decent bottle of wine, it really does make for a very special event. And I think that life is made out of those special moments. Those are the ones that you end up remembering. So yeah, I love cooking for people. The more people, the better.

I really care about the food but for an enjoyable meal it’s about so much more than that. And to be honest, if you burn dinner, I think if you have the right group people and an okay bottle of wine and you are relaxed about it and it’s a nice table, I don’t think anyone really cares. It’s just much more about connecting with people and food is just really an excuse for that.

I mean like classic English ones like Nigella Lawson or Jamie Oliver, are kind of cliches. But I also love just finding really obscure cookbooks in secondhand book stores and being a like, “Oh, I have not heard of this person, and there are no photos, but it looks like it’s full of cool stories or cool recipes.”

I love Local Milk. I love Two Red Bowls. And what else do I love? Oh, there’s another blog that I love called La Petite Americaine.

I follow Ginny Branch on Pinterest. I recently toured a workshop with her and Beth Kirby of Local Milk in Venice. She has an amazing collection of pin-boards of just really inspiring stuff. Then, who do I follow on Instagram that I really like, so many people. I mean, that’s the one thing I would say about Instagram is that I’m constantly overwhelmed by the crazy amount of talent out there.

I love Condé Nast Traveler, even though it’s a magazine, they have a very cool feed that’s a fun blend of travel and food and other stuff going on.

Well, herbs. I know they don’t go in your pantry but I would definitely have some kind of pots of fresh herbs. I use them for cooking in everything sweet, savory, what have you.

And then I like to keep my pantry stocked up with real basics like eggs, flour, sugar. Basically, I love baking, so I like to be able to bake a cake at any given moment, randomly in the middle of the night. So I need those basic essentials.

Cheese. Everything tastes better with cheese.

Truffle oil. Everything tastes better with truffle oil too.

Well, I love all the Pecorinos and the slightly peppery hard cheeses. But then obviously Mozzarella, I mean oh, burrata. I can’t choose one type of cheese. That’s just too much pressure.

Cheese in general is good.

I love The Flavor Thesaurus. It’s this really great book. There are no actual recipes and no images in it. But it takes most of pretty much every flavor. So you can search “Peach”, and it will list the flavors that peaches conventionally go well with. So it might say like thyme and almonds and walnuts and what have you. I find it like a really helpful inspirational tool for creating recipes.

I have so many cookbooks. It is terrible. It’s a condition, I have too many of them.

That is a tricky one. I love old 70s or 60s music. That kind of gets me in the mood for cooking. Something like The Beatles, or something really classic like that. 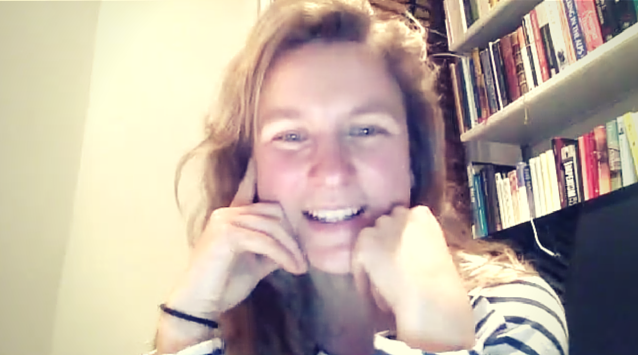 Have Skye's Special Dish Recipe Sent to You Now: