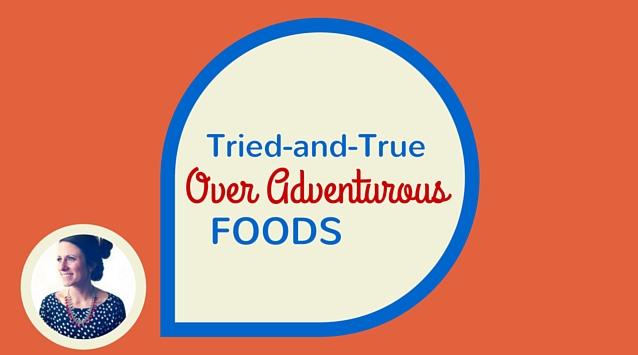 Melissa admits to having a severe sweet tooth, and on her blog, The Fauxmartha, is where she shares her tried-and-true recipes that she brightens up to suit each season. She confesses to being an over-sharer, and believes that when you find something that works, and works well, it must be shared.

I am so excited to have Melissa Coleman of The Fauxmartha joining me on the show today.

(*All images below are Melissa’s.) 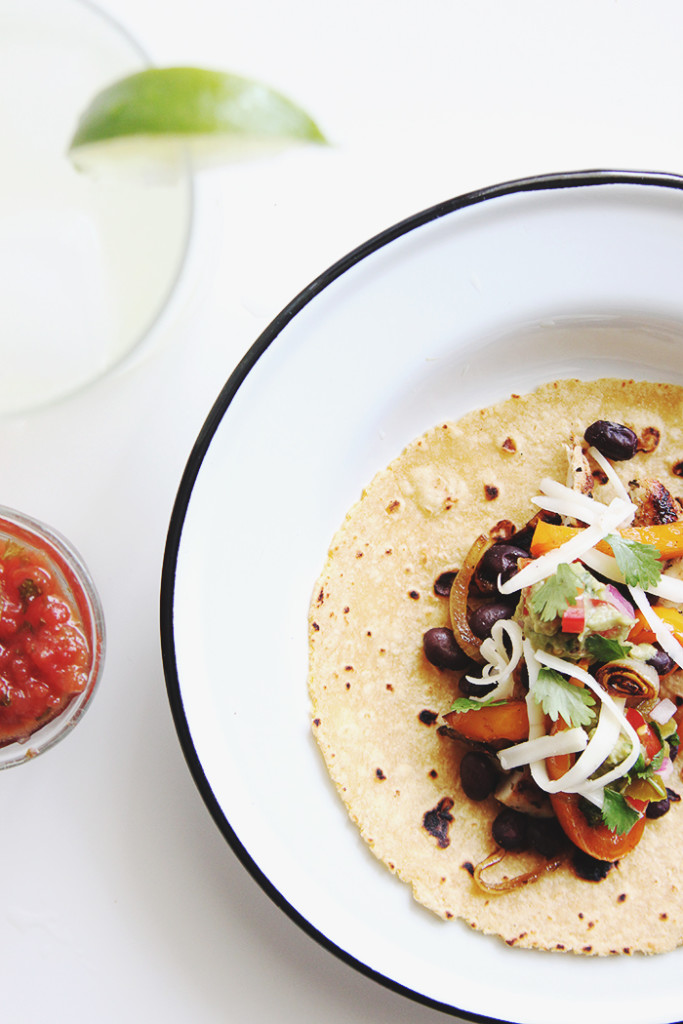 I came out of the womb loving food. My mom said I was four years old, sitting at the breakfast table, and she said I would be asking what we were having for lunch and dinner while eating breakfast. And she always told me, “Melissa, eat to live, don’t live to eat.” And I still live to eat and I eat to live. I love food.

So it started with a love of food and as I grew up, probably even as a little girl I would go over to my neighbor’s house and make cookies. I even loved to bake as a young girl and then in high school, as soon as I could kind of clean up my own messes, my mom would tell you otherwise, but I started baking in the kitchen and experimenting with all sorts of crazy stuff. People were so nice to try my stuff. And that just kind of continued.

Once we went to Chicago and I was on my own, married, three meals a day, I needed to somehow prepare and I liked knowing how to do things. I liked knowing the science behind things, I liked knowing how things work and I think that’s kind of what fuels cooking: how does this work? How does baking soda work with liquid in the oven, at what temperature?

In college, I think I was probably the only one doing this, I was watching Martha Stewart on the weekends, that was really cool. And then that fuelled the interest, and she talked a lot about theories behind stuff, so I learned enough to be able to talk about it. And then one Christmas I asked for, I think it was King Arthur Whole Grain Baking Cookbook, it was this huge thick cookbook. I think it was a pale pink. I read that thing from cover to cover. I learned about wheat and the germ and the endosperm, and everything. I learned how wheat is bitter and how to cut the bitterness.

I liked food so much I had to watch myself, so when I baked I tried to use wheat flour and then tried to lighten things up for a long time. I still use a lot of wheat flour now. But I guess I would attribute a lot of that knowledge to the King Arthur Whole Grain Baking bible. It’s chunky, it’s thick.

I have not read through it in a really long time. I’m sure a lot of bloggers, and just home cooks in general experience this. You make a lot of other people’s stuff at first, a whole lot, until you begin to learn what the ingredients do together, and what you like. And so now I have my cake recipe, or my bread recipe, or my muffin recipe, like a base recipe, and then I tweak it from there. So they are my recipes, but it’s a long heritage of people and books that I learned from. 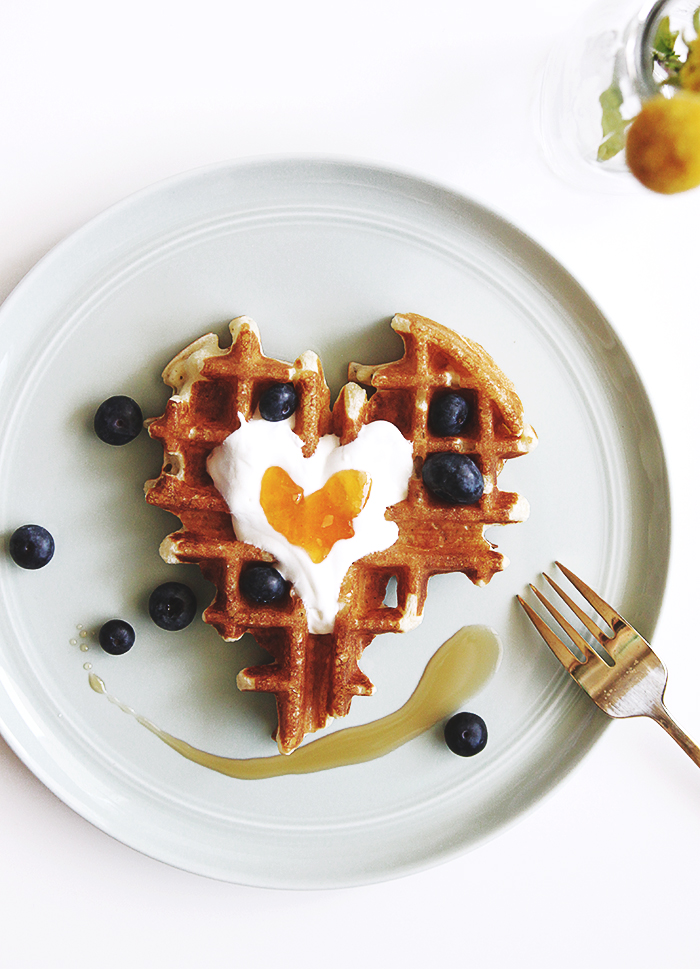 I always liked to create even as a kid, and I think that’s a little bit of what food is for me too, it’s creating. But my background is in design, so I’ve been a graphic designer for a long time. When we moved to Chicago I had a design job and I liked it for a while, and then I didn’t like it for a while, and I just kept thinking. I had these long drives to work and I would just think, “There has got to be a way to merge my two loves. There has to be a way to merge design and to merge food.” And at that point I was always blogging, and I didn’t really know that those two were so inter-connected. The way I think about food, the way I think about recipes and writing the recipes is the way I think about design. How do I communicate this in a really simple but beautiful and real fashion?

I talked to a couple of other people who were struggling to figure out what do I do? I don’t even know what I want to do. And I always tell them, “Just play.” And that’s what blogging was and cooking was for a really long time, and probably still is in a lot of ways. But just play, and natural things come out. And that’s what it was for me.

On Not Being Creative or Adventurous with Food: 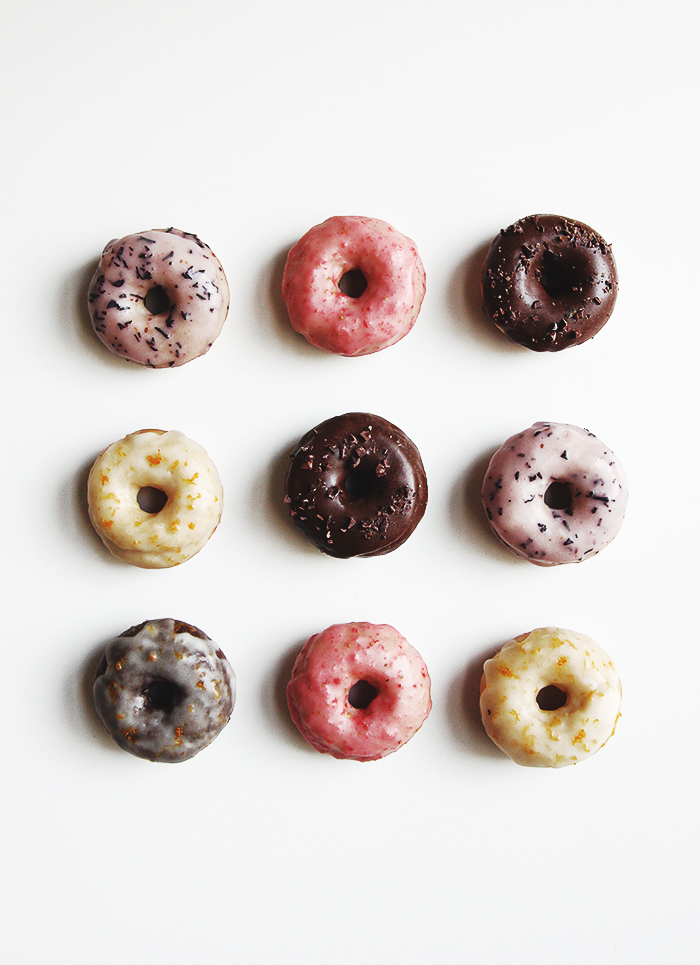 (Who she thinks is creative.) It’s Molly, Molly Yeh. She’s just so fun in the kitchen. She has fun with her recipes. She’s playful with her recipes. She plays, she really plays in the kitchen. I like her approach and it encourages me. Also, through the years, I’ve followed Turntable Kitchen and I like the spices that they use in recipes. They turned me on to cardamom and so did A Sweet Spoonful. Her granola recipe, marge granola that she makes, she uses cardamom. So things I wasn’t used to trying, I never grew up with, looking at their recipes, and making some of their recipes encouraged me to add those things into mine and explore a little bit.

So I’ll just tell you a little bit about my embarrassing story that happens over and over again. I get to a meal. I am with other people who would call themselves foodies and food enthusiasts, and they bring out a plate of burrata cheese and I’m, like, “Oh no, not cheese.” A big pile of cheese turns me off big time. It’s a texture issue, and it’s a mental issue. I kind of have the palate of a child. But it’s embarrassing every time, and every meal.

I went to an event the other week and at multiple meals I had to talk about my distaste for cheese, or I had to tell them I like mild cheddar cheese. I like Parmesan, I like a certain Feta that I can get at my co-op. It’s super-duper embarrassing, but I’ve learned to own it. It’s like, I don’t like cheese. And that’s okay, and I like to bake, and that’s okay. So I think just figure it out, just own it.

My husband has taught me that. He tells everybody before we go over to their house, “She likes this and she likes that.” I’m like, “Don’t tell them that, that’s so embarrassing.” But it helps. It’s not awkward. It’s way less awkward. So just own it.

On Her Tried-And-True Recipes: 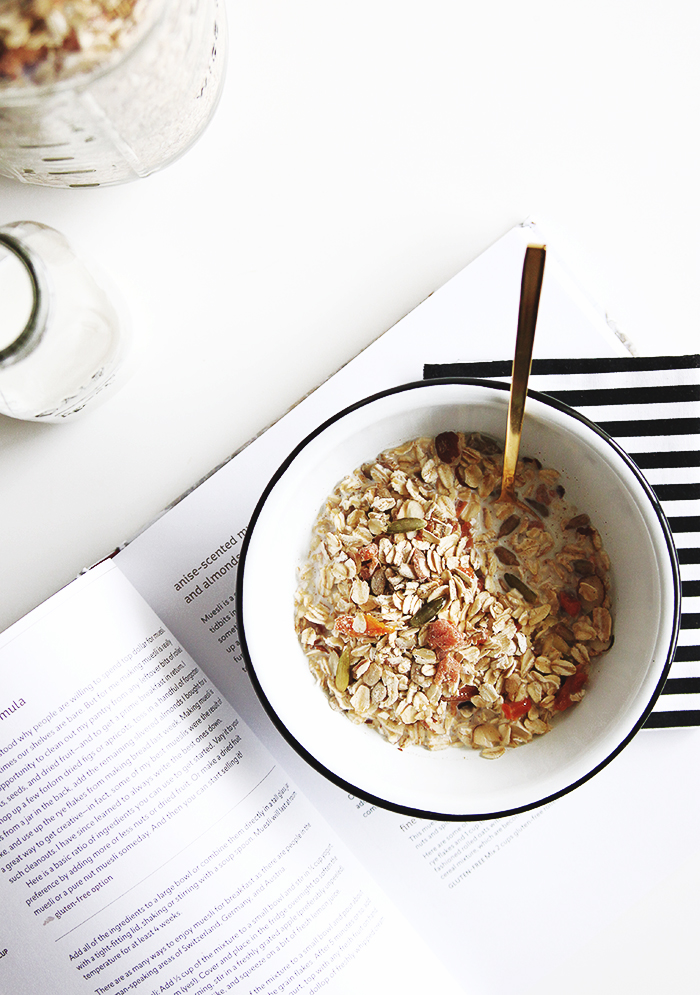 Most of the times, it’s the food that we make over and over again. I find myself with blogging, I try to think of recipes sometimes for my blog, and I’m like I should just post the recipes we make. And I need to figure out how to articulate this recipe. But we make a lot of bowls, like food and bowls which start with a grain and some vegetables and some kind of protein which is usually beans for us and then a sauce, and it’s the things that we make over and over and over again. I almost want to delete any recipe that I’ve only made once. Because most of the recipes, we make them. My blog is my resource, that is what I cook from. And then I add new recipes that we make.

A lot of the inspiration has come from things that we have eaten out, or some of our favorite things that we have out, how can we make them at home? And, probably, how can we make them better and cheaper ourselves? And that’s kind of where they come from. We’re just pretty basic people, like when I am thinking up meals for the week, I start with a grain and then build the recipe around that. I either start with a grain or I start with the vegetable drawer.

None. None. None. I used to. We’ve just gotten Hulu. We were no cable people for a long time. I watch Rick Bayless sometimes on PBS because we can stream it through an antenna.

A new one to me is Renée Kemps; her photography is beautiful. I go to her site to just bask in the photography. And then Love, Cake. She is actually who I base my scone recipe off of. Her recipes are so good. It’s a baking blog. I think she even has a culinary background. Her photos are beautiful. Go to Love, Cake.

We eat a lot of vegetarian foods. We are not vegetarian, although people think we are, so I go to Cookie and Kate and Naturally Ella and A Couple Cooks for inspiration on that front.

I like FoodieCrush on Facebook, she also has a ton of ideas. She is fun and playful.

Instagram is my time suck. I spend all my time there. I love Instagram. Again, I love Renée Kemps; her stuff is beautiful. Gosh, she’s the one that stands out the most to me. I love her stuff right now.

And then Snapchat, I am not going to join. I have to save my time somewhere. I spend it all on Instagram, so…

I am going to go with treasured; it’s not unusual, it’s very every day but it’s my chef’s knife. I have used it so much; I use it multiple times a day. The handle is starting to chip away, which it shouldn’t. It’s never spent a day in the dishwasher, but I use it so much that it is well loved.

I would say I am working on cheese. Feta; I like certain Feta. It’s got to be pretty fresh.

Whole-Grain Mornings, it’s by Megan Gordon, I mentioned her earlier. I love that cookbook. It’s like a handbook for brunch, which is our favorite meal. And then naturally I love Erin’s new cookbook, The Easy Vegetarian Kitchen. It’s like a really resourceful vegetarian handbook, seasonal, so she’s got a base recipe and then how to make it across the seasons. I’d say those are the two dirtiest books in our house, which means they are well used and well loved.

On Keeping Posted with Melissa: 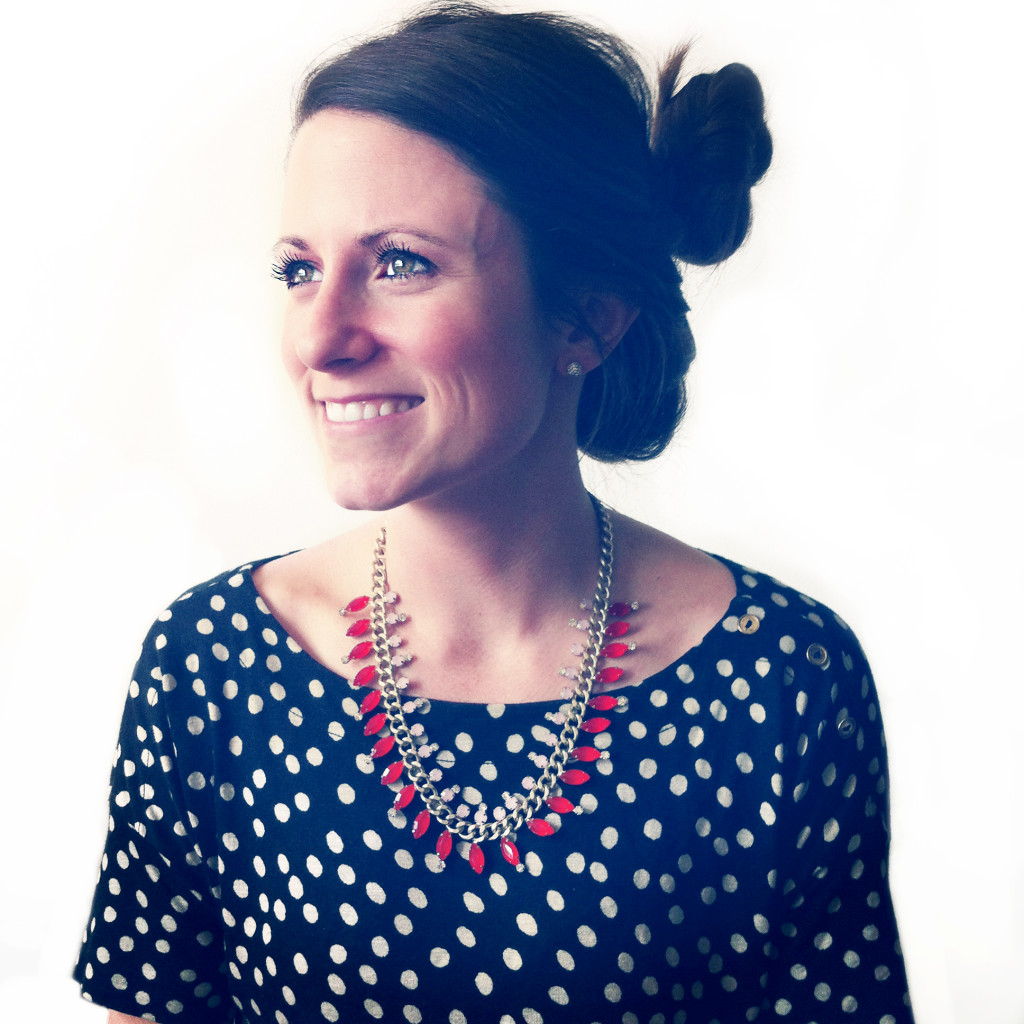 I am so simple. I find the one thing that works is Instagram. You can find me there always.