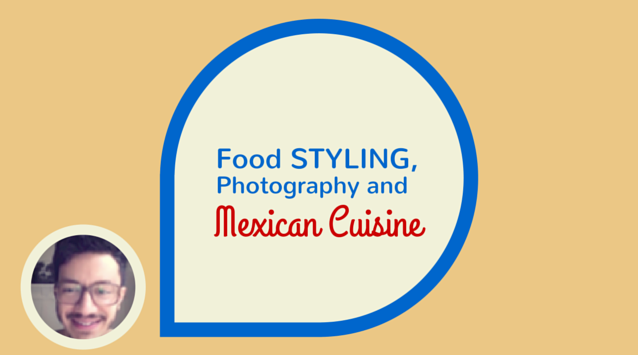 On The Artful Desperado, Gabriel shares his favorite things from food to art and design all through his beautiful photography, styling and his lively commentary. Originally from Mexico, he now lives in Vancouver, BC, Canada.

I am so psyched to have Gabriel Cabrera of The Artful Desperado here on the show. 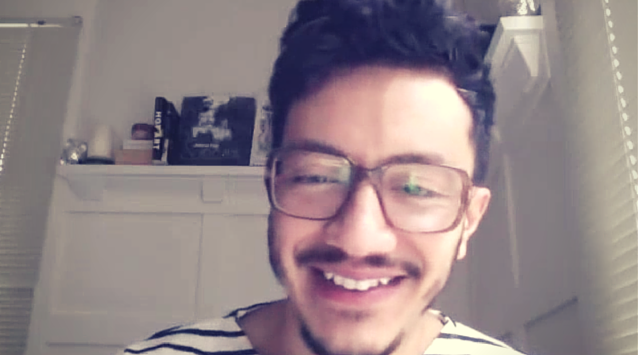 The reason that I got started is at that time I was going to culinary arts school. There were a lot of things that were new to me which I assumed were new to the world. They weren’t. So then I started doing it A: I wanted to just document a lot of the stuff that I was learning and seeing and B: honestly, it was a hobby, just something that was cool to do.

On Food Styling and Photography: 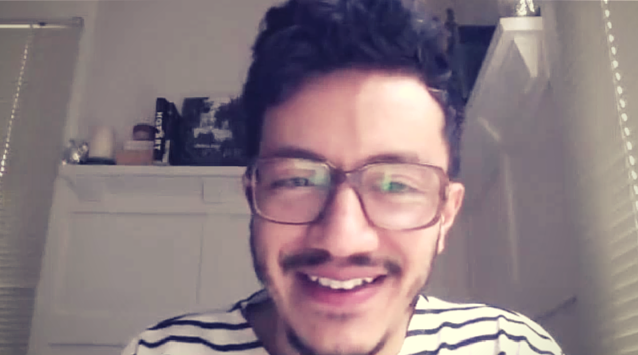 I’m a prop stylist. But as of late, also, because part of the job, I have been doing quite a lot of photography, so now the balance is tilting a little bit more towards photography. So, I’m going and reading about classic photographers, and just going back into film.

Every time I start something, I get really obsessed with it and I deconstruct it. So it’s a little bit of, I guess between photography and styling.

Mostly, I would say styling. So as you can see, just for example, on the blog, I do use original recipes, but a lot of the recipes are adapted from other sources because that really helps me minimize the time that I have to develop, test and do something with the recipe, and leaves all the time to do the styling. Which, is what I’m mostly interested in. That’s what I do for a job, so my heart will run with styling and sometimes it runs away with photography.

What happened was, photography, I have always been interested in since I was a kid. I was lucky enough that my parents also loved photography. They are not photographers. They just loved it as a hobby, so we were always exposed to that. So, I guess that is where the love of photography came from at an early stage.

And, the food styling, in a sense, we were always cooking at home and I was always interested in the kitchen and that is what lead me into culinary arts.

In culinary arts, a big part of it is plating your dishes. It’s part of the process, but it’s more than just spending time in the kitchen and preparing it, I love the part at the end where you get to present it or create a crazy way of putting it together or just a classic way with a little spin to make it a little more modern. I guess that’s where my interest came from.

I knew there were food stylists. Actually, I guess I knew, but I never thought I would do it full time. When you see a magazine or something, I think most of us think of the photographer. “Oh, what a good photographer,” right? It wasn’t until I started blogging and doing things on my own that, “Oh, there’s a stylist!”

And now that I work for a company doing full time styling for other clients, there’s a photographer, an assistant, and cooks. There’s a whole other layer of things. So, no, I didn’t know you could do it full time. Doing it, I was like, “Oh, there is potential here.”

I’m lucky enough in Vancouver, people love, love food. And everybody is a foodie. It’s an easy thing to do. It’s not like you’re trying to explain things to people, like this is whatever dish. So, it was a surprise, a very, very happy surprise. 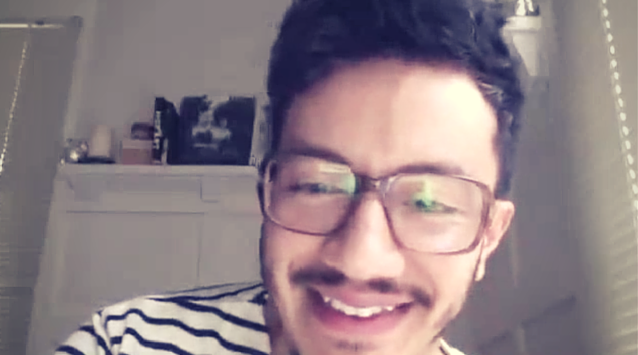 I’m originally from Mexico. I was born in Mexico. We do love our food down there. So, I guess the same as when I was a kid. We were not the typical Mexican family that you would see in the movies where, “Oh, we are all gathering together there around the table and making food.” It was just regular food, Mexican food. But, I was always interested in it.

My brother is a pastry chef. Well, he’s not doing that anymore, but he was doing that for quite a long time. There was also that component. So, that was when it started. I was good in the kitchen. With just regular stuff, I was good.

I guess going to cooking school really helped me boost that on to a professional level. I just learned so many things and I think I take it for granted now because when I’m cooking or when I’m doing things, I just do it quickly and done.

When I have friends over and they see me, they say, “How do you cut like that?” Just things I take for granted I learned in cooking school that you wouldn’t have learned maybe so much if you were just at home. That’s where my interest came from, from actually just being hungry all the time.

On Food in Mexico: 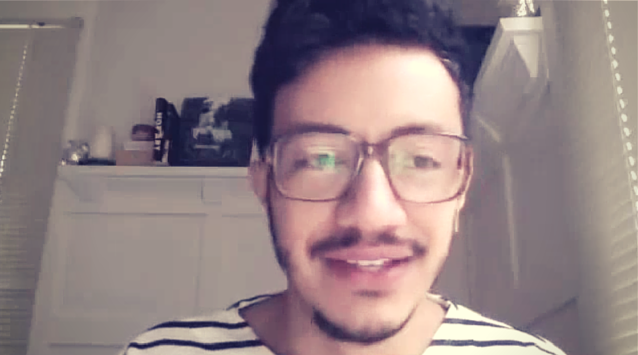 In Mexico City, I will say that it’s like the epicenter of almost everything there. You can find all sorts of food. It is basically like New York, but in Spanish. It’s huge and there are so many trendy restaurants now that retain our food culture, but they make it more modern. Like I said, you will not find there a burrito. You will not find there chips and salsa. It’s a whole different level of cuisine.

There’s a mix because of all of our history. There’s a mix of Spanish influence, French and our own food comes from the Aztec times, corn and different kinds of mushrooms and desserts. It is quite huge and broad, but I do love it in Mexico City.

Every time I eat Mexican food in Mexico City, it’s like a little party with your family and it’s so good and it’s always so yummy. That’s in a nutshell how I will describe it there.

On a Specialty Mexican Food: 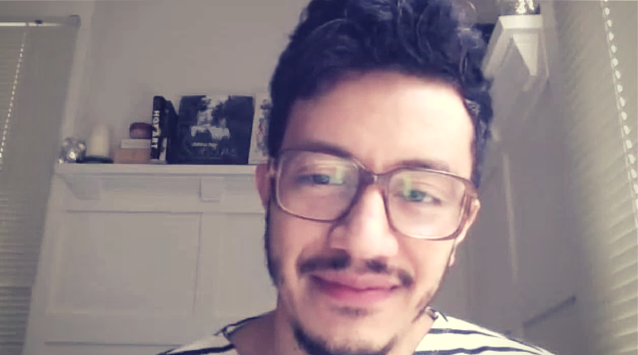 The name in Spanish is called huitlacoche. It sounds really gross, but it is really amazing. What it is, is a fungi that grows in corn. So, it’s a pest, you know, something that actually grows in the corn. But, Aztecs harvest it and they will eat it. It is very good for you and also, it tastes amazing. Unless you knew about it because it is an Aztec word, it would be hard for you to find if you don’t know the word. Locals know it. We eat it all the time. It’s a earthy flavor thingy. But, the thing is, you never Google how it looks because it looks really weird, but it tastes amazing.

It would be its own dish. It looks like little fibers, very thin fibers. What people will usually do is sauté it with onions and garlic and put it for example in a tortilla to make a taco or they can put it on top of something as well, rice or something else. You can put it in mole sauce. It’s very famous, mole. They can put it in mole and you can eat it with mole.

His name is Donal Skehan. It’s DonalSkehan.com. He has all these little YouTube snippets and he as all these different shows but they’re really cool and are very quick and easy. They are usually really decadent desserts. I just discovered it recently. So, I have been watching those little ones and it’s really fun.

For websites, I would say, Food52 for sure. That’s like the almighty site for everything.

For blogs, I would say, she’s quite big now, Top With Cinnamon, is one of my favorite ones. She’s really, really good. She has lots of great desserts and her recipes are usually very simple and her photography is amazing.

Another one would be Bakers Royale. Her photography also is super. It’s crazy. And I’m sure everybody knows all about her too, but I always go back to it, What Katie Ate from Australia. It’s also stunning photography. I think she puts more of her commercial work rather than just her recipes, but if you go back to the archives, her history I will say, there are beautiful photos and her style is very unique.

Instagram, it’s called Slice of Pai. She’s a local photographer and she is really sweet. She always has really beautifully photos and I’m always so jealous because she posts these photos like, “Boom, I was having coffee,” and it’s beautiful and it makes me happy. She loves Paris and she puts a lot of things about Paris. So, that’s amazing.

On Pinterest, I’m going to say, she has the best food boards. Every time I see it, you are amazing, please never leave earth. It’s called Lucy supergoldenbakes and her board for food photography is great. She finds the best stuff in there.

Laura from The First Mess is what it’s called. I follow her, well, we are friends too. Well, we have met online. We are online friends. But, Laura from the First Mess. She’s great, she posts so many beautiful things. She has a vegan blog. Her photos are always stunning and she lives on a beautiful farm in the Niagara region. And of course, she just has fresh veggies coming up from the ground and it’s just happiness and wholesome foods.

Yes, so, Barefoot Contessa Parties! it’s called. It has a lot of classic recipes and some of the recipes might be a little bit old school like cupcakes with chocolate, but great book to have.

Maybe it’s not a cookbook, per say, just Gather Journal. It’s culture magazine, and it’s a biannual magazine. The photography in there is just breath-taking, the styling is stunning and their recipes are really good and very easy to make.

There’s a band called St. Lucia. They have their latest album that is called When the Night and that would be one because it reminds me of summer. They’re a little bit of 80s vibe, but you always want to have summer. When it’s kind of crappy outside, I put it on and say, “Okay, let’s get something cooking here.” 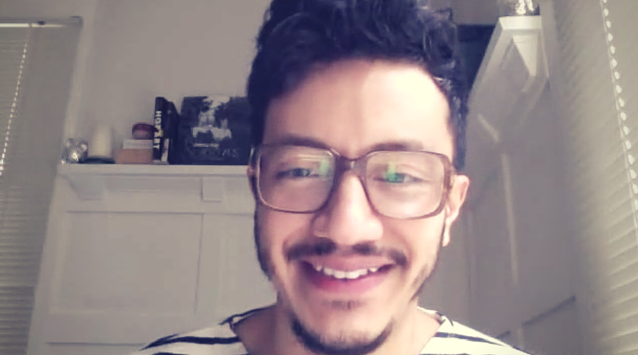 Instagram. Artful Desperado on Instagram would be the best one. That’s where I keep in touch with everyone and post regularly. So, yeah, you can find me there almost every day.