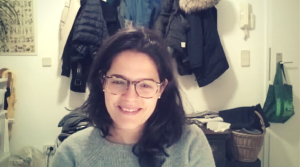 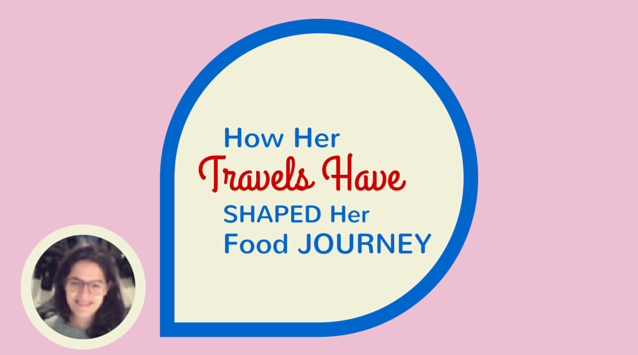 Luisa is an author, a food columnist for Harper’s Bazaar Germany, teacher of both writing and cooking and leads food tours in Berlin where she lives with her husband and son Hugo.

I am so thrilled to have Luisa Weiss of The Wednesday Chef here on the show today.

On How Her Travels Have Shaped Her Food Journey: 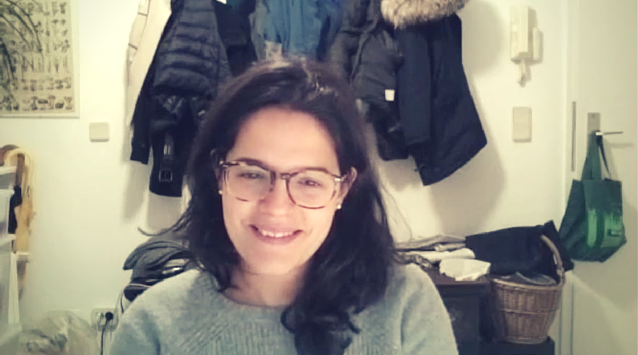 I grew up in an international home. My dad’s American, my mom is Italian and I was born and partially raised in Berlin.

My parents split up so I moved to Boston with my dad but kept coming back to Germany and Italy to see my mother. I’ve had lots of different food cultures in my life from the very beginning and moving to Boston for college was interesting in a way because I came from high school in Berlin and then college food, the dorm room, the freshman 15, all that was totally new to me. And then Paris…

Paris, the food education. Paris was  obviously really wonderful. I don’t think I’ve had as much of an epiphany as a normal American would have just because Italy’s culture is similar in that they really revere ingredients.

Everywhere I’ve gone, I’ve definitely picked up something and taken it with me.

Italian food is what I’m really comfortable with and familiar with. I know exactly what it’s supposed to taste like and I have a lot of confidence in that.

But over the past 10 years of blogging, I’ve become so much better at cooking all kinds of different things. Now I feel like I say Italian but then I also want to say that I am really good at cooking Indian food at home now, and American food, and baking, and all kinds of other things. 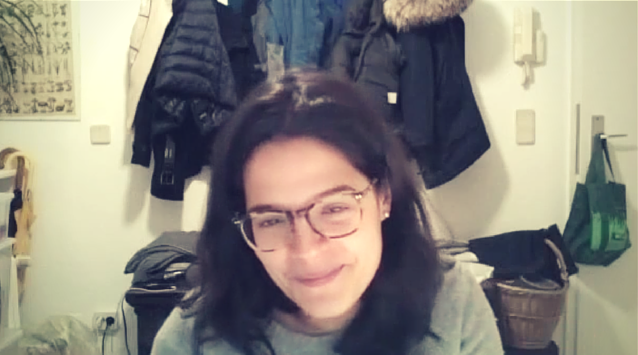 I was working in book publishing and I had discovered food blogs a couple years before. I loved them. And it just dawned on me one day like, “I love reading food blogs. I love to cook and I love to write. Why aren’t I writing a food blog?”

At the time there were many food blogs already and I assumed if I threw my hat in the ring, that nobody would care or pay attention because I’d be the last one to the party. So I just did it on a whim and I thought it was going to be writing practice more than anything else.

I majored in English in college and I wanted to go to graduate school for writing. A professor of mine was like, “Don’t do it. If you’re going to write, you’ll do it out of your own accord.” But I didn’t and so finally the blog was meant to be a practice and then it turned into so much more.

I’ve been a passionate cook and baker my whole life really, but I got into this rut when I was living in New York, my early years in New York but also in Paris.  I made the same things over and over again.

It’s not that I didn’t want to make anything else, it’s just that nothing occurred to me. What else would I cook other than these three things? But I was really obsessive about clipping recipes and so I have binders and binders full of recipes from the newspaper food sections. So when the time came to come up with a concept for the blog, like some kind of a focus, right away I was like, “Okay, well I guess I’ll just cook my way through the newspaper recipes.” Then I could never cook a recipe twice because I always had the blog to think about. So in the past 10 years the blog has been my culinary education.

On Cooking for Hugo: 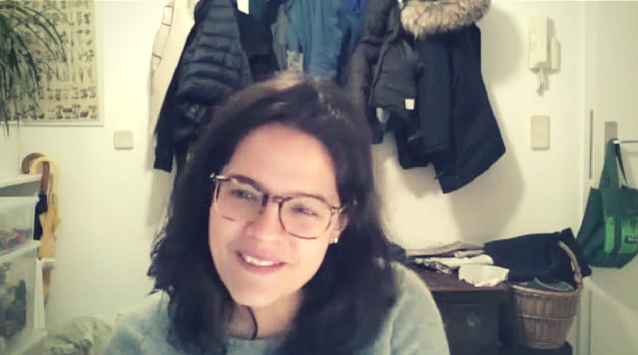 When Hugo was born or when he started eating solid foods, I was coming up with silly little ideas that I thought other people might be interested in. It was also meant to be a journal of what I was feeding him, too. Like, “This was a good idea. Let me write it down so that I remember it next time,” there’s nothing in it that’s earth shattering. There’s nothing totally new in it, but I thought I would have appreciated or I do appreciate when other mothers say, “Oh, this really worked for my kid,” because even though I’m such an omnivore and my husband too, we did not give birth to an omnivore. Everybody says, “Oh just feed the kid whatever you’re eating.” When we tried that, he just wouldn’t eat. He’s a little picky.

It’s getting better and he’s weirdly adventurous in certain moments. So we have a Sichuan restaurant that we’re obsessed with. Every once in a blue moon we go. He’ll end up eating half the things that we do. His mouth’s on fire. He’s got tears streaming down his face and he’s asking for more. But then other days, he refuses to eat a meat sauce with his pasta. The pasta has to be unadorned and plain, nothing.

So whenever somebody says, “This really worked for my nine month old, or a 10 month old, or two and a half year old,” I think, “I want to pass that information on,” and the same for me. I had a couple inspiration moments and I just found recipes that he ended up liking. I thought, “Might as well share them.”

I hated hearing this when I was pregnant, the mother of a newborn and all this but now that I’m a little older I understand why people say, “Enjoy it,” because actually the stages are all so short that while you’re in them, especially for the first time, you have no idea. You’re like, “Oh my God. My kid’s going to be eating pureed carrots for the next 10 years,” but subconsciously you think that they’re not even going to be eating pureed carrots for a month. So just live in the moment and then move on. Be flexible.

On Her Book, “My Berlin Kitchen: A Love Story With Recipes”: 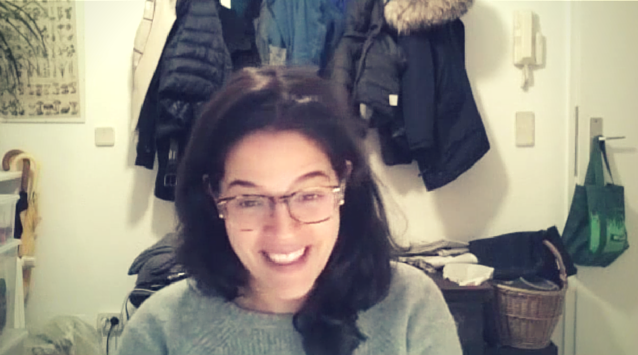 Each chapter has a recipe at the end so it’s a lot about food but also about family, about what it’s like to grow up in several different cultures. All the alienation and difficulty that that can present even though it’s in a sense a nice problem to have, but it does have a lot of its own emotional baggage.

Then the love story with the city of Berlin that I’ve had my whole life.

I used to watch, like literally 13 years ago, Nigella and Jamie and Two Fat Ladies, but now I don’t watch any.

Dinner: A Love Story which is about cooking for your family, specifically older children once they’re three years and up, how you get family dinner on the table.

Orangette which is a beautiful food blog with lovely recipes and writing and photos and just wonderful.

Bon Appetempt, which is a humorous take on cooking recipes from magazines but it’s also about life and things.

Lottie and Doof. Tim’s writing is so amazing and his food is too but now that I think about it, I haven’t actually cooked that many things from it but I just love his take on the world and I just feel his site is a little blast of joy.

There are so many others. Those are the ones off the top of my head.

Okay, Abbey Nova from Design Scouting which is the other blog I was going to say that I love, but it’s not a food blog. Follow her on Pinterest. Love her.

Instagram. My friend, Rachel Roddy, in Rome. She always posts pictures of her sink with all of the beautiful things that she’s bought at the market that day and it’s just her sink. My mother’s from Rome and my mother lived in Rome when I was in college, and there’s just something about the light. When I look at those pictures, there’s something very deep going on inside of me. They make me happy.

Her blog is Rachel Eats and that’s the other blog I was thinking of. Beautiful, provocative, gorgeous writing about living in Italy but being English. It’s incredible and her Instagram.

I feel like I can’t live without canned tomatoes. That’s breakfast, lunch and dinner right there.

Yeah, canned tomatoes without a doubt.

Fuchsia Dunlop’s Every Grain of Rice, which is Chinese home cooking demystified.

The Kitchen Diaries by Nigel Slater. I love it. It’s more of a journal of food but it’s very inspiring for when you’re feeling like, “I don’t feel like cooking anymore. What should I do?” I go to him and he always gets me going again.

Diana Henry’s A Change of Appetite, so Diana Henry is an Irish food writer in London and she’s incredibly prolific. She publishes a book a year or something and they’re all incredible. I don’t understand how she does it.  I mean really they’re all incredible and they’re all so different. Her most recent book that’s available now is called A Change of Appetite and it’s ostensively of being like a lighter eating book but it’s just great. It’s full of incredibly delicious, lush, interesting recipes.

I actually am not really into music when I’m cooking although I guess something cheerful like Ella Fitzgerald. 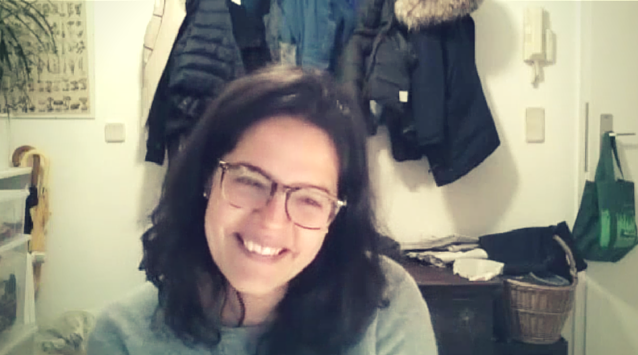