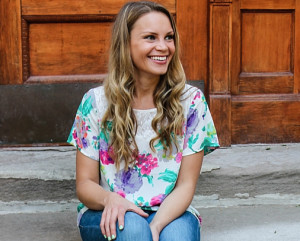 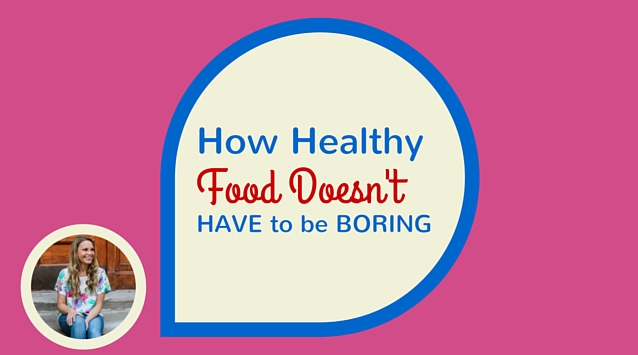 Monique started her blog at the end of 2011 to share her love of healthy, nutritious food and baking, and in less than three years was able to quit her full-time corporate job to work on Ambitious Kitchen full-time. Most of Monique’s food is geared towards those with active, healthy lifestyles, and she enjoys getting creative in the kitchen with unique ingredients  – pairing different flavor combinations and playing with gluten-free and vegan recipes. She’s been featured in The Huffington post, Buzzfeed and Today.com just to name a few.

I am so psyched to have Monique Volz of Ambitious Kitchen joining me here today.

(*All photos below are Monique’s.)

On Finding Time to Write About Her Food Adventures: 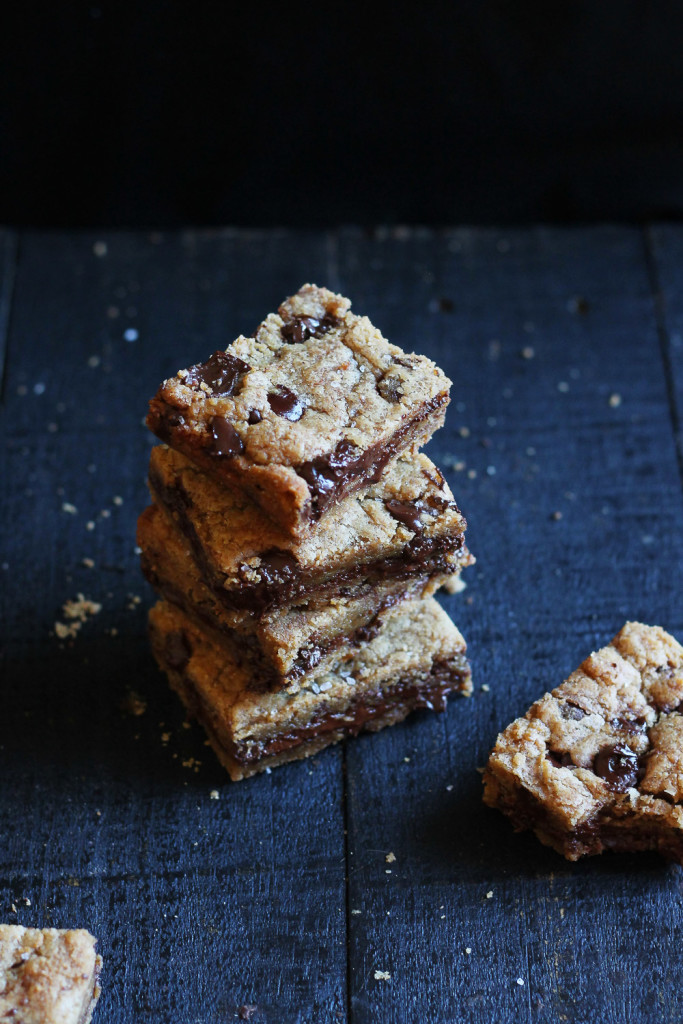 I think it has always been a goal of mine to start a blog. I just didn’t know where to begin, and so it took me about six months to get the guts and just say, “Okay, I need to start this.”

I worked a lot on my site on the weekends or after work. To be honest, it became this passion project, something that I just really, really enjoyed. So I’d come home and make a recipe, and then I’d photograph it really quick, and then I’d put it on my site. It was just learn as you go.

I was very familiar with the social media so that wasn’t a really big deal for me. But when I first started, I had no intention of blogging full-time. It was just really this thing that I really, really loved. I wanted to share my passion for food and nutrition with other people. It was about two years when I thought, “Okay, maybe I could do this full-time.” It involved me really working on it, every single night after work pretty much, and my weekends were devoted to photography and recipe testing. So it was basically working two full-time jobs for a long time.

The photography was a huge thing because I took one photography class in high school, and I was pretty good with it, but I had no idea what I was doing. I think it was about a year into my blog when I bought a Canon DSLR and started taking shots that were a little more professional. Before I was taking it with my point-and-shoot, and things were blurry. And I think no one really cared at that point. I got my professional camera, and things really changed, and I had to really pay attention. The whole editing process, it can take up to two or three hours. So that was really time consuming for me, and I had to learn how to, I guess, get that time down so that I was able to still blog and have my job.

On Turning Her Blog into Her Full-Time Career: 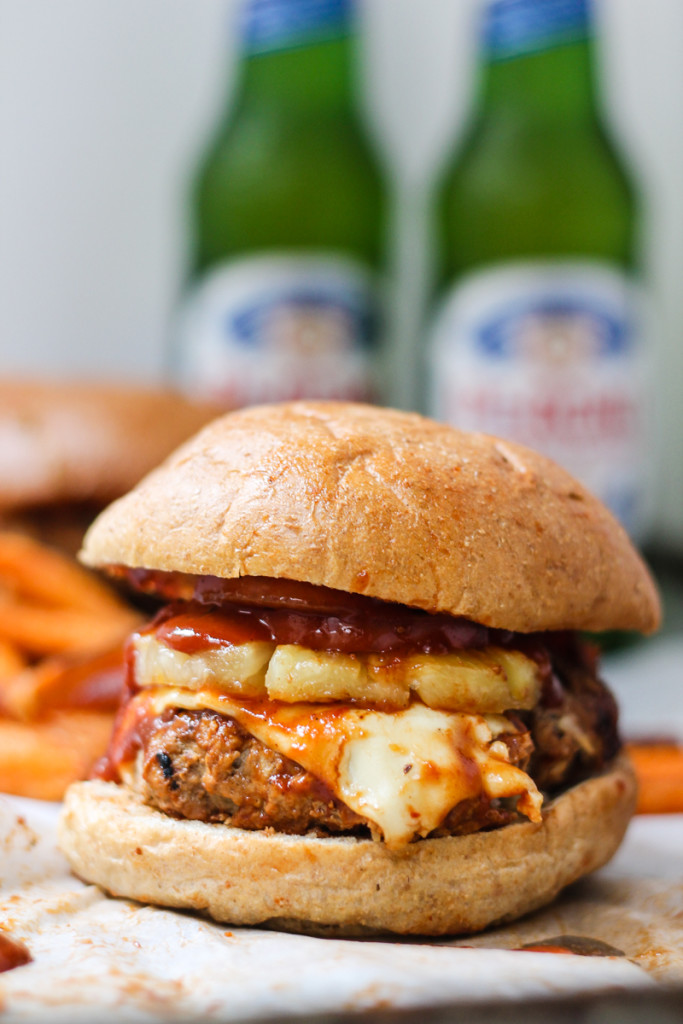 I really had to be strategic about what I was doing on social media. So that meant scheduling out my Facebook posts, scheduling out things on Pinterest and on Twitter. That was a really critical step, and then just making sure that I had a content calendar for myself. When I first started, I would just post whenever I felt like it, when I had time. Once I started committing to three posts a week or even more than that, I saw my traffic increase tremendously. It was crazy growth. I think that was a step in taking it full-time and also being organized and financially ready.

I thought about it every day for six months, and I remember I would complain about how much I didn’t like my job and how much I wanted to blog full-time. I think it just took a lot of courage to be able to do it. And so after six months of complaining, one day, I really didn’t have a plan. I was going to wait three more months, and then one day, I was just like, “Okay, if I’m going to do it, I’m going to do this.” So I went into my job, and I handed in my two weeks, and that was it, never looked back.

On Her Passion for Health and Fitness: 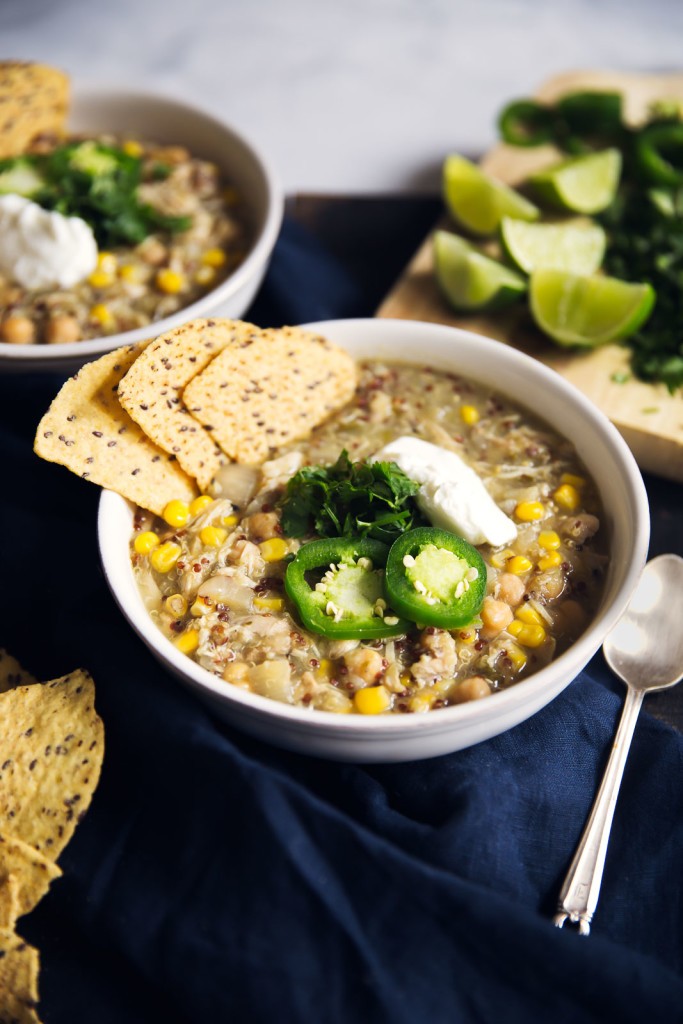 It was definitely something I picked up along the way. I really wasn’t conscious about the food that I was putting in my body until about my junior year of college. I was just at a point where I had gained weight. I was unhappy with the way I looked. I was not very confident. For me, it was this breaking point where I was like, “Oh my gosh, I can’t keep eating ranch or ketchup and french fries all the time.” So really for me, I had to teach myself about nutrition. I read every single women’s fitness and nutrition magazine out there. I purchased books. I just taught myself how to make healthy, wholesome meals. That was really my foundation. I don’t have a professional background in nutrition, but it’s very much become a passion of mine.

On a Misconception of Eating Healthy: 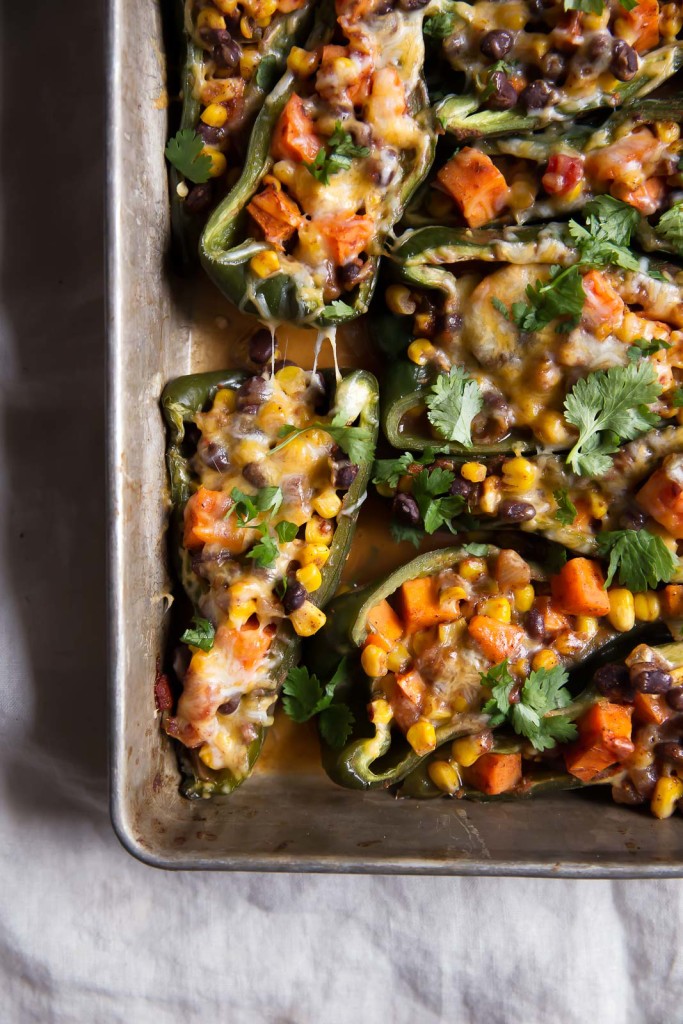 I think that people think that it’s really, really boring, and just because it’s ‘clean eating’ or ‘healthy eating’ that it’s just a chicken breast and asparagus and a sweet potato every single night. That was what I thought about it. It was just like, “It’s so boring. You can never have a burger,” but that’s not necessarily true. I think you can make really beautiful, healthy food, and it’s all about having nutritious ingredients.

When I first started, I was using a lot of sugar-free things because I thought that that meant that they were healthy, and I think a lot of people might think low-fat or sugar-free, but as I continued to learn about food and health, I learned that it’s good to have those healthy fats like avocados and nut butters and coconut oil and lean meats and vegetables. So that was a really big step in learning how to eat healthy for me.

You can be healthy and have nutritious food, but it doesn’t have to be boring. You just have to figure out a way to make the ingredients work for you.

On a Simple Way to Start Eating More Healthy:

I think the simplest way is probably meal prep, so making a list and going to the grocery store prepared so that you’re not buying a bunch of things that are unnecessary. What I like to do is plan out my meals before I go to the store. So I’ll say, “Where are all the ingredients I need? How can I make this meal a little more nutritious? Maybe adding in spinach to pasta,” or something like that. That has been a game changer for me.

On Her Summer Sweat Series: 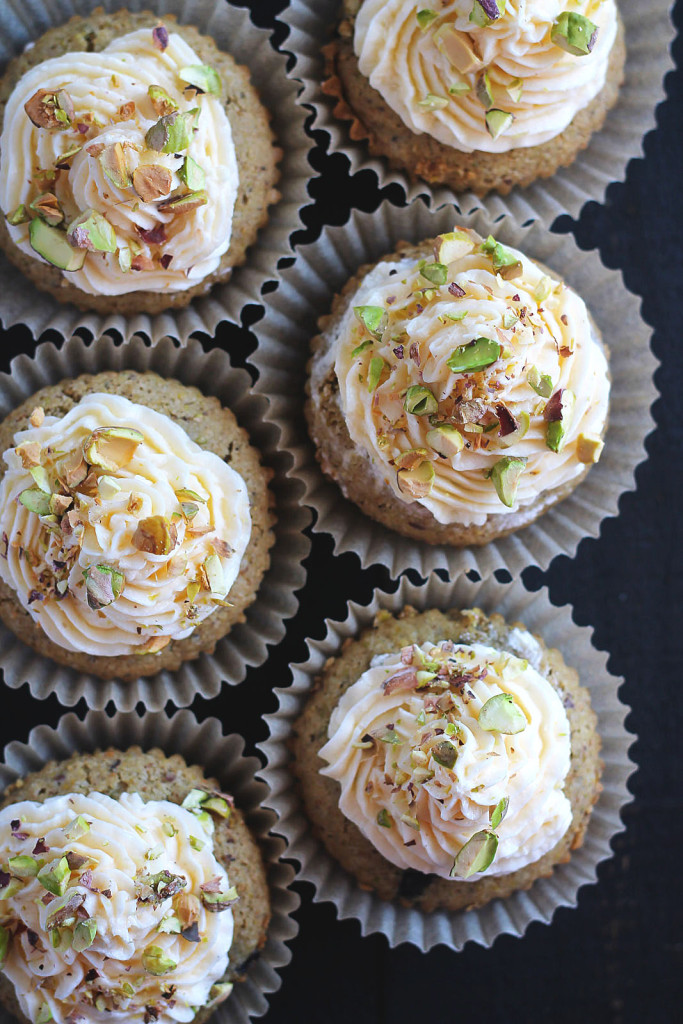 I have a really good friend named Lee, and she also runs a blog called, Fit Foodie Finds. We’ve been friends for a few years. We both grew up in Minnesota, and one time we were on this vacation together, and we just thought, “Oh my gosh, what if we put together a fitness and nutrition program and just see what people thought about it?” We started the Summer Sweat series back in June. It was a six-week challenge, and people were just so in love with it. It came with meal plans. There were a bunch of different workouts. We worked with a personal trainer. So it was just something fun and different and a great way to bring traffic to both of our sites during what we call the summer slump where everyone’s outside and not on the Internet. So yeah, we’re doing it again this year, and we’re really, really excited.

I really, really love What’s Gaby Cooking, and she has just a really great approach to healthy and indulgent food, and beautiful photography. You can pretty much find any recipe you’re looking for. FoodieCrush is another great one. If you like baking, Sarah of Broma Bakery who I think has already been on your site, is a very good friend of mine, and for healthy recipes, Skinnytaste is another good one.

I really like following Andie Mitchell. She wrote a book, a memoir actually, and she’s just really inspiring and just a fantastic woman. It’s been so fun to follow her journey. She’s lost over 130 pounds and is just truly inspirational. So I follow her on Instagram, and then also I follow her blog.

I have an avocado slicer. It’s really helpful, so I don’t have to do it with my knife and chop off my hand when I’m try to get the pit out. It does it all for you.

Olives. My brother told me when I was a little girl that olives were, I think he said snails. I was five and I believed him for the longest time. Every time I looked at olives, it was just gross to me, but now I love them, especially black olives. I love putting them on my pizza and in my salads.

I have a lot of cookbooks. Skinnytaste, she has the website and she also came out with a really great cookbook. I love it because my boyfriend tends to not eat healthy but it has a lot of healthy meals, so we cook from it. Another great one is, Back In The Day Bakery cookbook. It’s just a fun baking one. There are a lot of cakes and cookies and pies, so I always use that for when I’m baking for my family and special occasions. I think those are my go-to’s.

Anything by Florence and the Machine. She’s amazing.

On Keeping Posted with Monique: 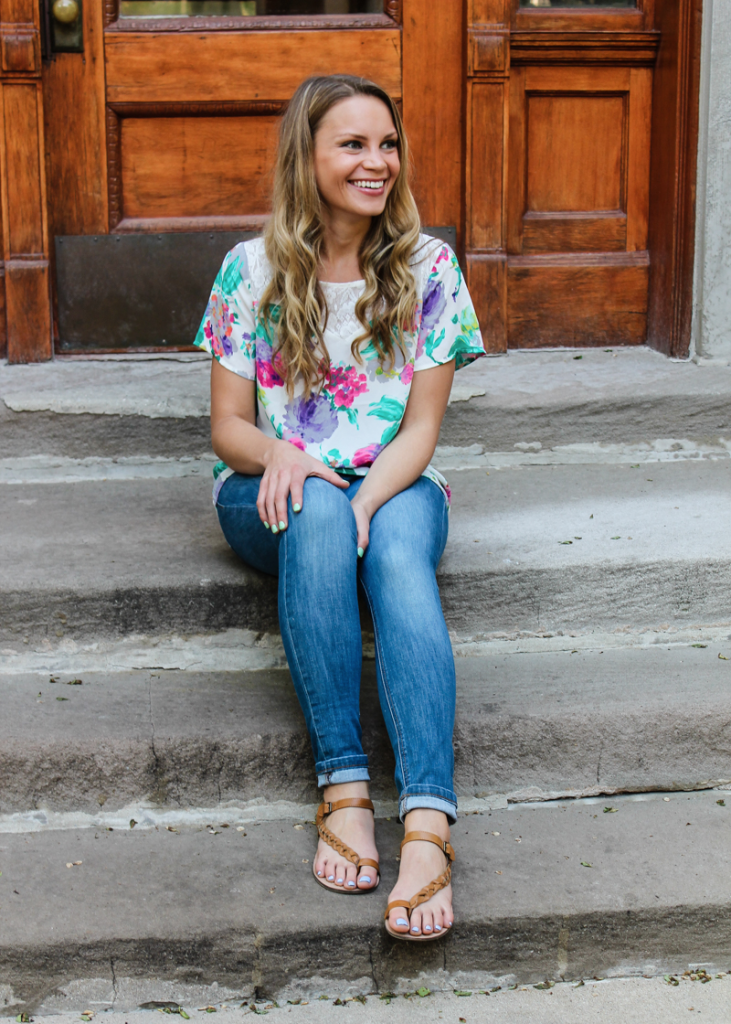