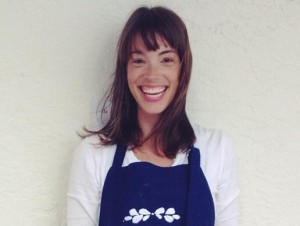 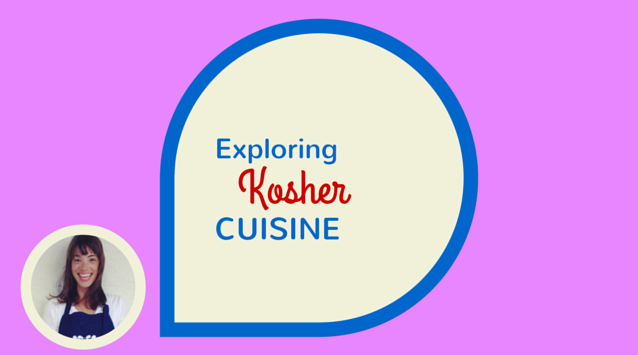 On her blog, Jewhungry, Whitney explores and tests the limits of traditional kosher food by mixing in her Southern non-kosher food and family history, and her travels. Her writing on motherhood and her recipes have appeared in The Huffington Post, The Times of Israel, and Cosmopolitan Magazine, just to name a few.

I am so thrilled to have Whitney Fisch of Jewhungry joining me here today.

(*All images below are Whitney’s.)

On Starting her Blog: 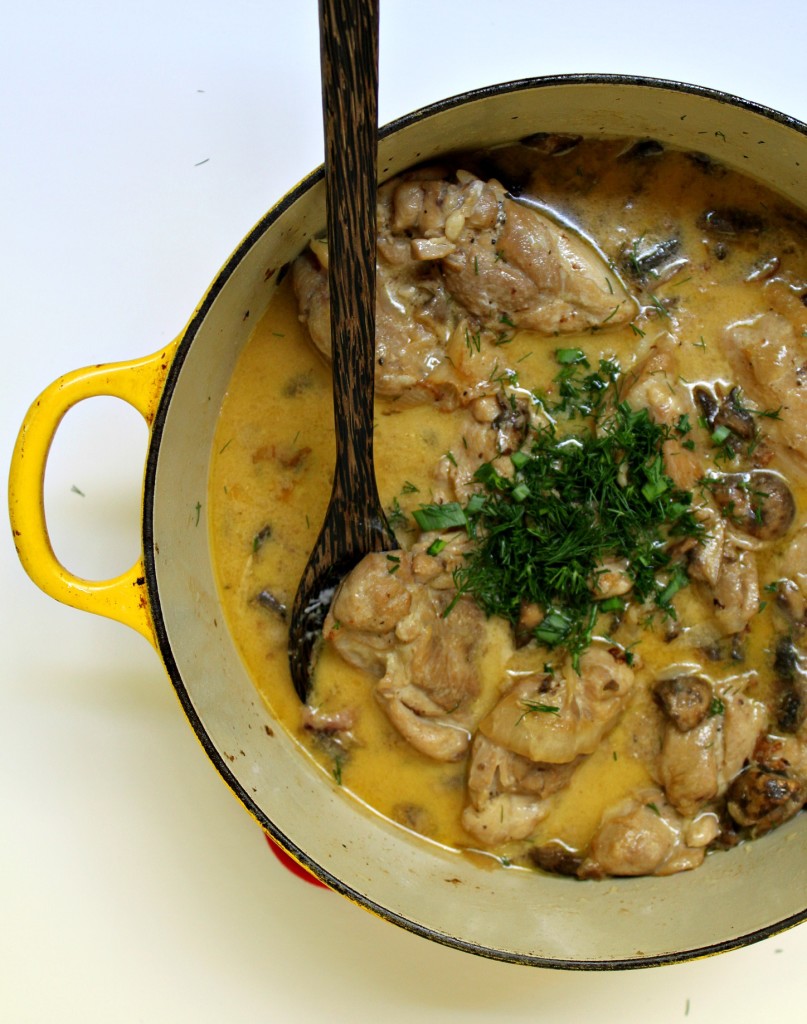 What got me interested in food was, I was living in Jerusalem. I was very close to The Shuk, which is the largest open air market in Jerusalem, called Mahane Yehuda Market. And I was 28 and blessed with free time, which I remember so well, yet don’t have anymore. But I had free time and access, and I just started as a hobby.

I remember my then-boyfriend, who’s now my husband, made roasted potatoes for me with onion soup mix, and thinking it was like a revelatory culinary experience. That’s how little I knew about food. So I just decided to experiment and it just evolved from making eggs. I mean, really, the knowledge of food that I had at that time was so minimal it’s almost laughable.

My experience and my time in that life was a recipe for, no pun intended, delving into what is now definitely the passion of mine.

Access to the freshness was unlike anything I’d ever experienced. There’s definitely a privilege in being able to walk and get your groceries for the day, and not having to . . . like now, I only have time to grocery shop once a week. So there’s a privilege in being able to A) afford that, and B) have the time to just walk and leisurely go through the markets and smell and taste and explore. I don’t think I’d be here if it wasn’t for that year and that time.

I think it helps that I was falling in love with the man who I came to marry. He was open to eating anything. So thank God, he did not have a discerning palate and he was willing to be my guinea pig and very encouraging.

There was no TV in my apartment. There was nothing. So I had really just ample time. It was a hobby and we could share that together.

On Experimenting in the Kitchen: 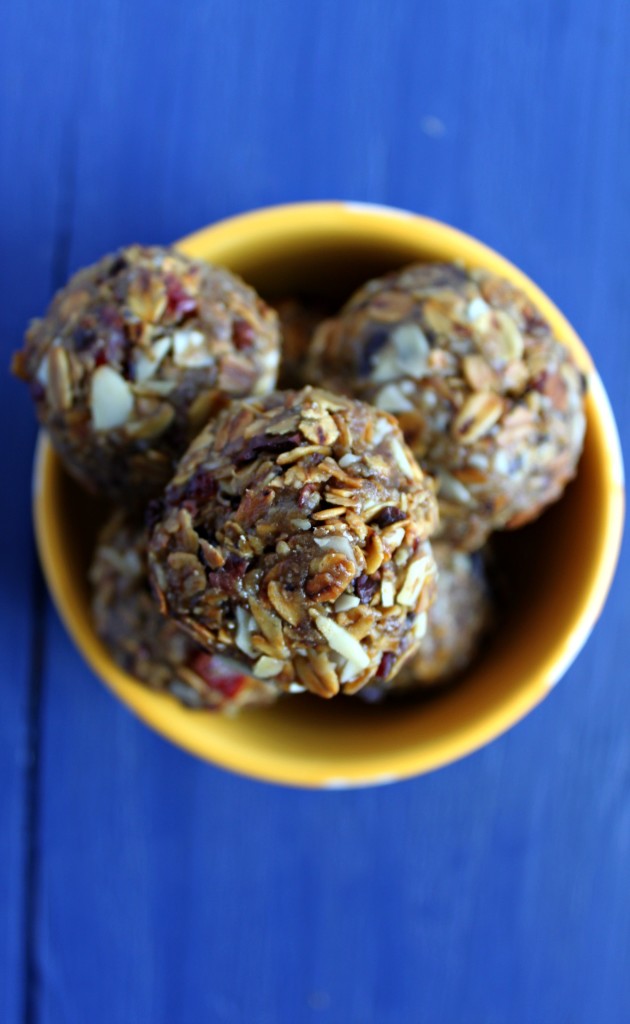 I kind of decided that every Sunday afternoon after she (daughter) wakes up from her nap, that’s when we, she and I, we bake together. So it’s been really fun. Some of the stuff has ended up on the blog. Some of it’s just ended up in my colleagues’ offices.

But you know, that time has been really crucial in upping the creativity. And then quite honestly it’s helpful that I do work on a school schedule, meaning I get holidays and I get winter breaks. That’s when I just go all out. My husband is visiting, and when he’s there, I just cook and I cook and I cook. That really unleashes the creativity. 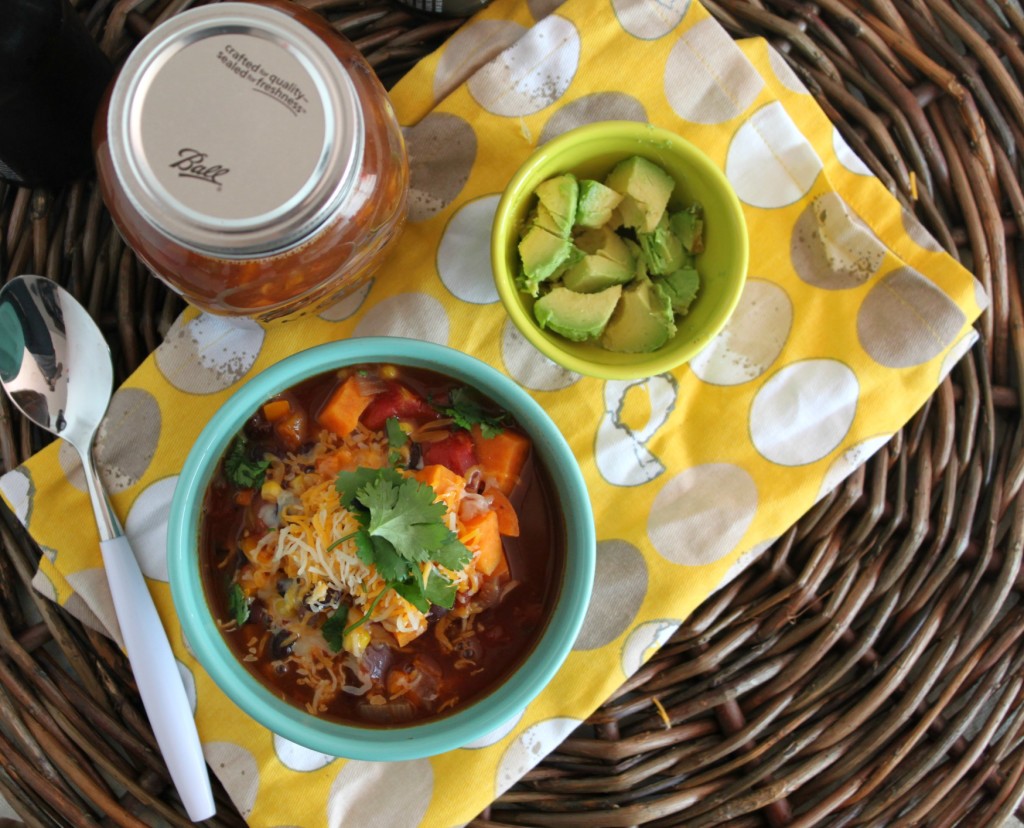 Like most things in Jewish communities, most answers are like four days long. So I’ll give you the shortened version.

The beautiful thing about kosher is that it depends on where you’re from. I have an Ashkenazi Eastern European background. So for me, a traditional kosher dish could be anything from what’s called cholent, which is an all-day stew that’s been cooking and getting delicious and gelatinous. It’s barley and meat and sweet potatoes. Real hearty. Great for a winter day. Now that I live in L.A. there’s this whole Persian kosher scene which I’m being exposed to, which is beautiful. When I was in Miami, there was a Latin kosher scene. There is no one thing that characterizes kosher, for anybody. Which is what I love about kosher. 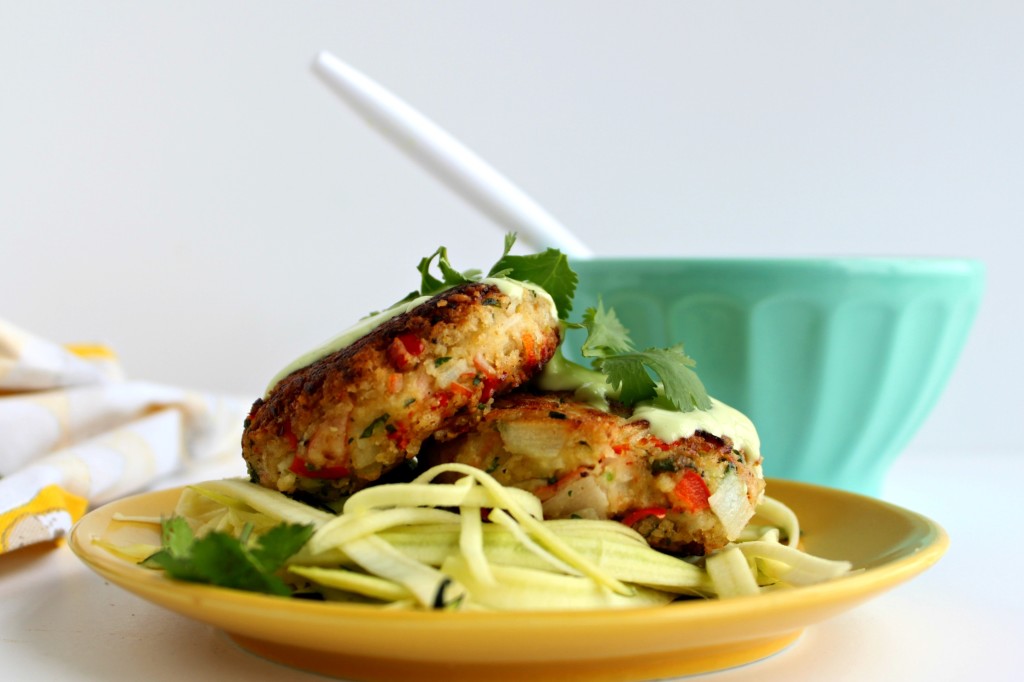 I was in a yeshiva, called the Pardes Institute of Judaic Studies and I was taking three foundational courses, just in Jewish Law. I just wanted more information about my own culture, community, religion, observance. I took a class on kashrut in Jewish Law. And as with anything, once you become educated, it makes sense, right? And it just so happened that I was creating a life with someone who grew up kosher.

So it just, for us, made perfect sense. Our household, we eat vegetarian outside the home. Which means that we do not eat non-kosher meat, but we’ll eat a cheese sandwich somewhere, something like that. And that can be controversial for some folks in the kosher world. Our main goal for our house is we want anyone to feel welcome and comfortable eating there. From the strictest of kosher to someone who doesn’t keep kosher and is not even Jewish.

On Online Resources for Learning About Kosher Food: 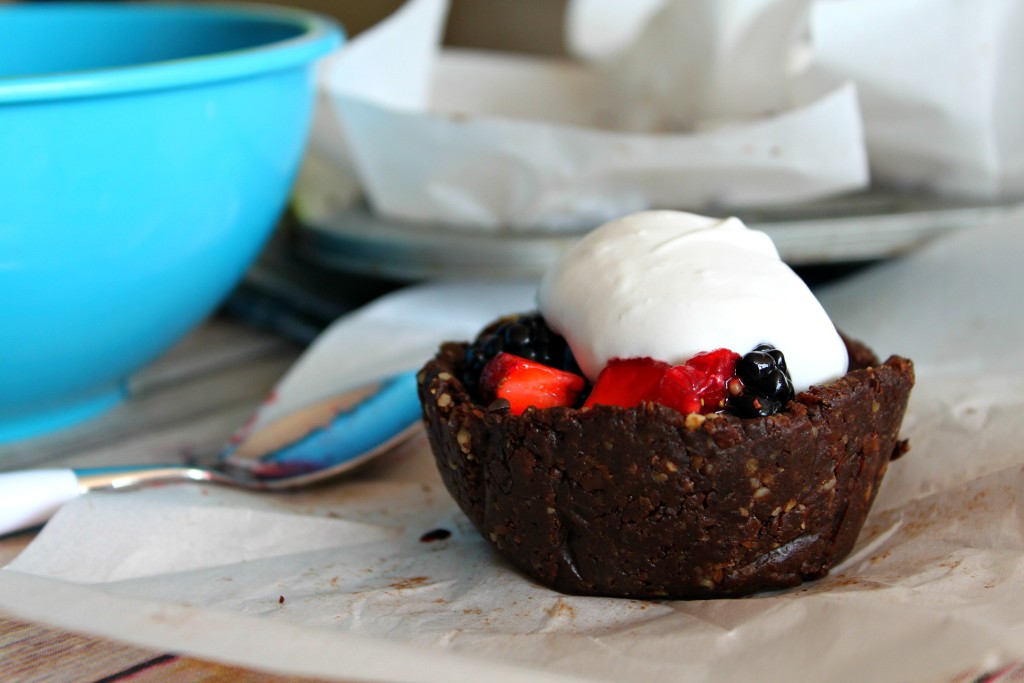 I would recommend anywhere from Joy of Kosher, Jamie Geller. And there’s Melinda Strauss, who does Kitchen Tested. There’s Busy in Brooklyn, there’s The Kosher Spoon. There are just so many beautiful kosher bloggers out there.

Definitely Top Chef. That is the cooking show I watch.

I want to give props to the smaller ones that not everyone really knows about.

There’s a blogger in the L.A. area, a Persian kosher blogger. Her name is Sina Mizrahi. She has a beautiful blog, kosher Persian food.

My beloved friends that I co-wrote a cookbook with, an online cookbook for Passover. What Jew Wanna to Eat, The Patchke Princess, and Kosher Like Me. Those are beautiful, beautiful blogs. But then there are the smaller blogs. Hola Jalapeño, I think is such a fun little blog. I hope that more people check her out.

I follow a lot of crafty folks on Instagram. Handmade Charlotte is one that I follow. Oh Happy Day! Just beautiful, colorful. A lot of it’s kid-based stuff that makes me happy. There’s this wonderful blogger, or Instagram account, at least, called Girl With Curves. And she’s just literally, like, “I’m beautiful, I’m curvy. Check me out.” And I really appreciate that.

Instagram is my social media addiction 100%. I cannot tell a lie. My students know it. They know Miss Fisch is on it and rocking it. I also follow Lena Dunham and Beyonce, of course. I’m not immune. They make me happy. And The Fat Jewish, which is hilarious.

I have my grandfather’s on my dad’s side’s flour sifter. It’s really old. Up until the time he passed away in 2005, he made a cake a week. He loved cake and so when he passed away and we cleaned out the apartment, that was something that I claimed, and the family welcomed and supported me taking home. I use it every time I bake, to this day.

I’m coming around to zaatar. We’re not 100% in love yet, but we’re in like. It’s so much in Israeli, Mediterranean, Middle Eastern cuisine. I’m getting there. I used to really not, like, “Get it away.” But we’re dating, we’re getting there. We’re getting to know one another. It’s cool.

I just go online and look at blogs. But when I first started out, The Enchanted Broccoli Forest, and all the Mollie Katzen books were like my Torahs. I could not get enough of them. I’m sure every religious institution has the cookbook that their temple or their mosque or their church sends out. I have so many of those kosher temple cookbooks from Chabads, from whatever. I love those. Because they’re just filled with, like, “Here’s my bubbe’s recipe for Saturday chicken,” or whatever. And I love that stuff. Really, I peruse those often.

Amy Sedaris. I remembered. Amy Sedaris, there it is, came out with a cookbook like eight, nine years ago, that is hilarious and delicious. So that’s my other cookbook.

On Keeping Posted with Whitney: 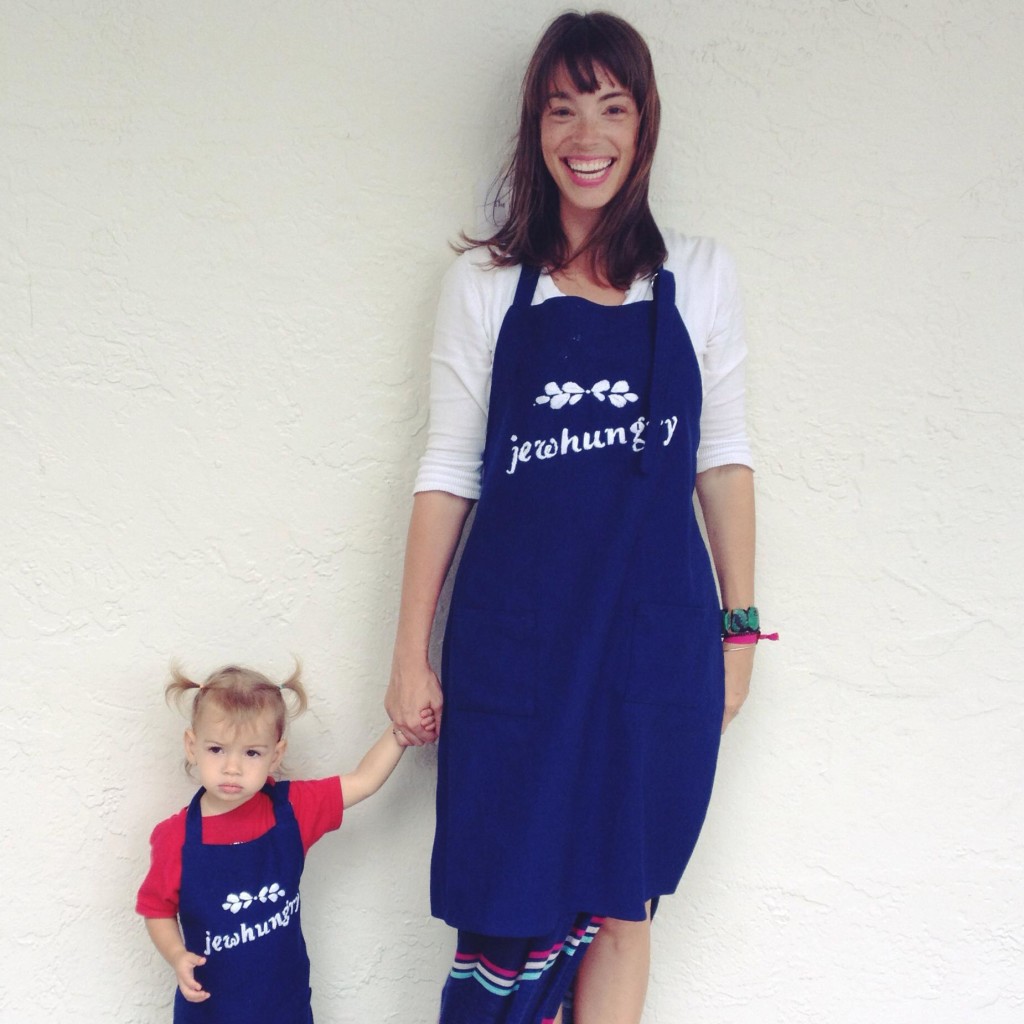 Instagram is my bae. So definitely Instagram. And then secondarily I would say the Jewhungry Facebook page, for sure. And of course always the blog, jewhungrytheblog.com.