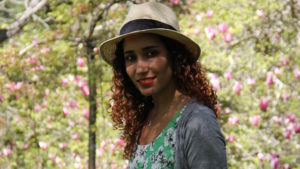 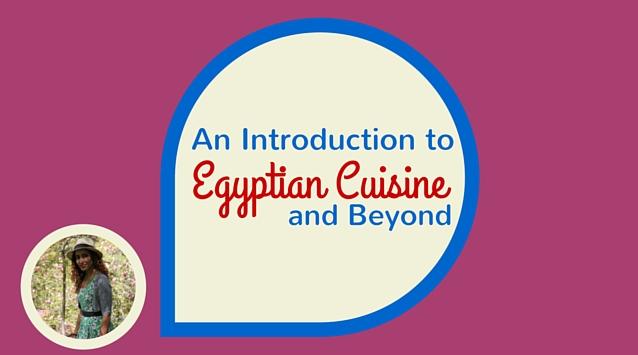 Matters of the Belly

Noha was born and raised in Egypt where food was such a huge deal that it felt like a member of their family. She moved to Australia with her husband in 2013 and is where she currently lives. On her blog Matters of the Belly is where Noha shares with us the food she likes to cook and eat, and the memories that they evoke, hoping to inspire us to put on our aprons and to pick up our wooden spoons.

I’m so excited to have Noha Serageldin of Matters of the Belly joining me on the show.

(*All photos below are Noha’s.)

On Growing Up in Egypt: 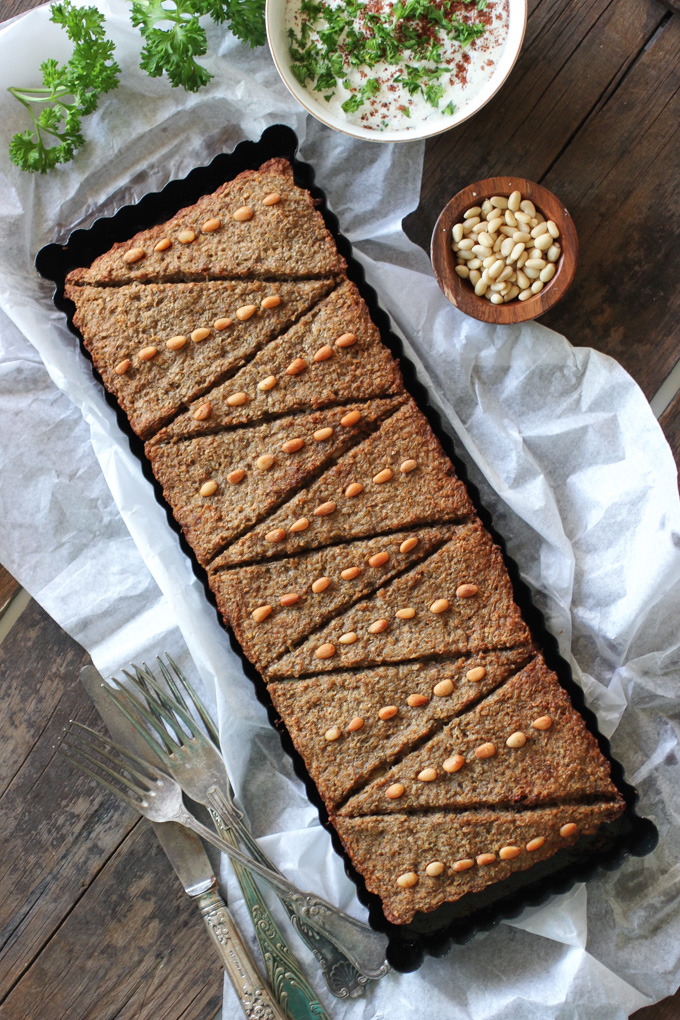 I come from quite a big family. And to us, in Egypt, food is so central to everything we do — all the events, all the birthdays, all the special occasions — everything is centered around food, and so it’s been a massive part of my life growing up. Every social gathering, every holiday, everything has a special food for it, and we always looked forward to that and my parents were very big on making things themselves rather than buying.

My sisters and I learned to cook and to make things and to get excited about food from a very young age, especially my younger sister and I. My older sister was not as interested. Food has always been wonderful and a big part of growing up for us.

The norm is that food is a big deal, but it’s not necessarily made from scratch, if that makes sense. Lots of people rely on bringing food in, buying food, not really making it, and our family was very much interested in gathering around making it, so making an event out of making the food and spending time together in the kitchen, and planning it, basically, and doing it all together. So that’s where ours was, I think, a bit special. 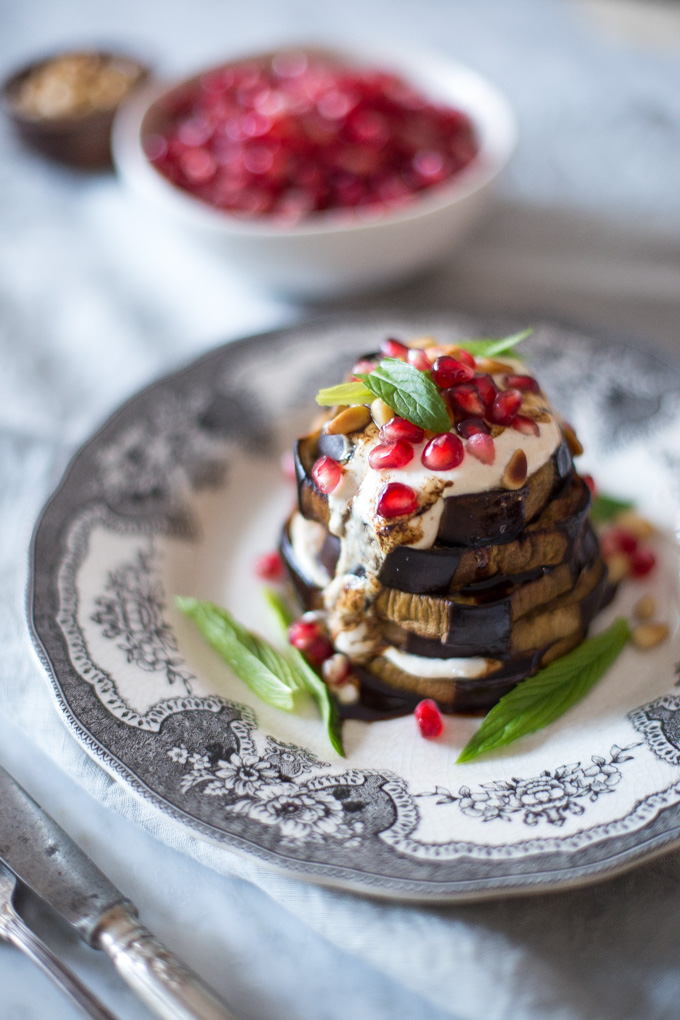 It’s not very widespread, not like, for example, Lebanese food which you can find almost anywhere. Egyptian food is very similar to Lebanese and other foods of the area where it’s very simple food. It’s very highly reliant on vegetables and beans and things like that because they’re staples and they’re very cheap. Most normal families in Egypt would be on the poorer side and they’d want something to sustain them and keep them going through the day that doesn’t cost that much.

Most of our most famous national dishes are actually vegan or vegetarian without even…not on purpose, but it just happened to be that way.

Lots of big flavors, quite a bit of spices. Our meats are very simply prepared, nothing fancy, when we do have meat, but yeah, that’s pretty much it, sums it up.

When I think of Egypt, the spice that comes to mind instantly is cumin, instantly. So cumin and coriander are very, very widely used in Egyptian dishes, as well as cinnamon, I would say.

Cumin and coriander always go together. Cinnamon, it’s separate, it goes by itself, more like maybe some nutmeg and things like that, more warming dishes. It’s often added to desserts as well. Lots of desserts are flavored with cinnamon.

The typical Egyptian meal, that if you walk into any Egyptian home, you’ll see has to be a massive plate of rice on the table at all times, and there’s probably bread too. Our Egyptian pita bread is really, really special. It’s a bit different to the types of pita bread that you see that are nice and smooth and white. It’s more whole grain and it’s very rustic, and it has the bran of the wheat covering it, all of it, so it’s a very special bread.

These are always there, and you’ll find some sort of stewed vegetable always, with tomato sauce stewed slowly, like green beans or okra or even peas. And if it’s a day where the family is having meat, then there’d probably be fried chicken or maybe grilled kofta meats, like beef kofta or maybe even lamb. Lamb is quite popular as well. That’s your typical Egyptian meal.

On Must-Have Dishes for Visitors to Egypt: 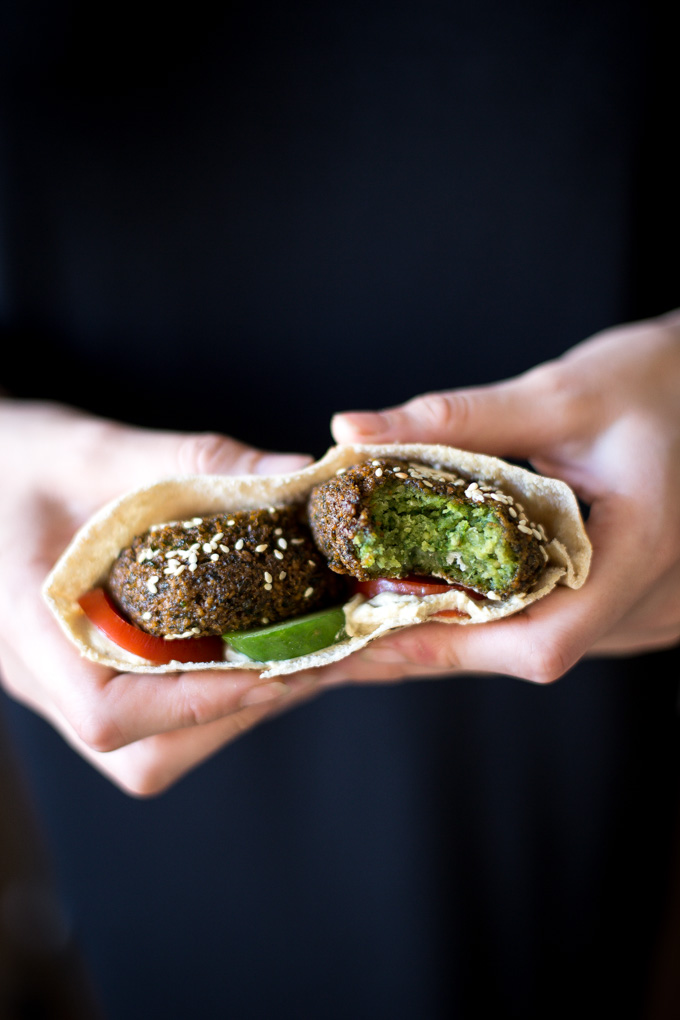 I’d say there are three dishes that cannot be missed for anyone visiting Egypt, and they’re quite easy to get because they’re widely available on the street. Most Egyptian food, you’d need to go into an Egyptian house, in a home, to eat them but these three… The first one is koshari, which is, pretty much, I would consider it the fast food of Egypt because it’s what people eat during work for lunch and typically have on their working day. It’s made up of, again, rice and lentils, cooked lentils, cooked chickpeas, a spicy tomato sauce, and fried onions on top. People usually even have it in a big plastic bowl or even a bag. I think that’s popular in Asia, as well, where you can get drinks and food in plastic bags. That happens a lot. So koshari is a must, must have. It’s a very spicy and very filling dish while being a vegan one as well.

The other two that usually go together are ta’amiya which are Egyptian falafel. They’re very similar to most of the falafel you know, but they’re made with fava beans rather than chickpeas, and they’re very, very green inside. So you’d take a bite and they’d be bright, bright green inside from all the herbs. And these are often eaten with ful which is, I would say, the number one national dish of Egypt, which are very slow-cooked fava beans. It’s a stew. It’s dark brown, and it’s very often flavored with cumin and coriander and olive oil, and maybe chopped tomatoes and cucumber and eaten with the pita bread. So these are the must, must haves.

I’m hooked on MasterChef and I’m never going to stop.

Well, food websites that I go to back and back again are Food52, The Kitchn, and Bon Appetit. I always go there if I need a basic recipe. As for food bloggers, they are endless. I’ve discovered so many talented food blogs and food bloggers around. I’m going to say a couple of the Australian ones that I’ve discovered here.

I love Cook Republic by Sneh Roy. She’s just wonderful and her recipes are never failing. I love, for desserts, I really like Thalia Ho from Butter and Brioche. I love, what else, My Darling Lemon Thyme of course.

I’m not big on Snapchat yet. I’m still trying to figure out how to work, how that works, but I’ve started following a few people and I do enjoy following very little video stories. I love following Local is Lovely, which is a wonderful local blogger here called Sophie Hansen that lives in regional New South Wales. Their stories and photos and events always make me so happy and make me actually want to move to the countryside, because she just focuses on the local growers and the local farmers and everything that this beautiful land has to offer, which always really, really makes me happy and makes me want to explore more of what Australia has to offer.

Actually, this is a funny story, but when I first came here for the first year, I started trying to collect all the things that I need in my kitchen from around Australia, and there were two things that I could not find anywhere that I was used to use back home. So when I went back to visit, I carried them back with me in my luggage, which is one, my rice washer. It’s just a bowl with slits down the side that you can easily wash rice in without it falling through. So it’s very thin slits and it’s a very simple thing, but it just saves me so much time washing my rice, and rice is such a big thing in Egyptian cooking. So that was something I had to bring back. And the other thing was the tool we use to hollow out vegetables for stuffing. It’s a really thin, long tool, and I couldn’t find it anywhere. So these two things are, they’re very precious and I guard them all the time and make sure I pack them first whenever we move.

So many, because my mother used to always try to feed us all the wonderful Egyptian food, and we’d just say, “Oh, I don’t like eggplant,” or I don’t like one other very popular dish in Egypt is called Molokhia which is… I mean looking at it, you’d probably think it’s gross because it’s basically a green, slimy soup, and it’s not very appetizing, but I cannot have enough from it now. And I go specially, I trek out to the western suburbs, to the Middle Eastern grocers to buy it specially frozen so I can have it often. I used to make fun of my mom because she could have it every day, and I was just very grossed out by it, but now, I’m just completely addicted to it. I love it.

Definitely Ottolenghi cookbooks. I use them like a resource. It’s just like an encyclopedia for how to cook vegetables well. He knows his vegetables. He’s tested every sort of method there is and he always gives you the final verdict. So that, for sure, and I do have the Cairo Kitchen cookbook with me from back home, which is written by an Egyptian who opened a restaurant by the same name. So that has lots of classic and slightly modernized versions of our classic Egyptian dishes. I love having that whenever I need a quick tip on how to make something that I miss, I go for that.

The soundtrack for Amelie, the movie. It always makes me want to cook.

On Keeping Posted with Noha: 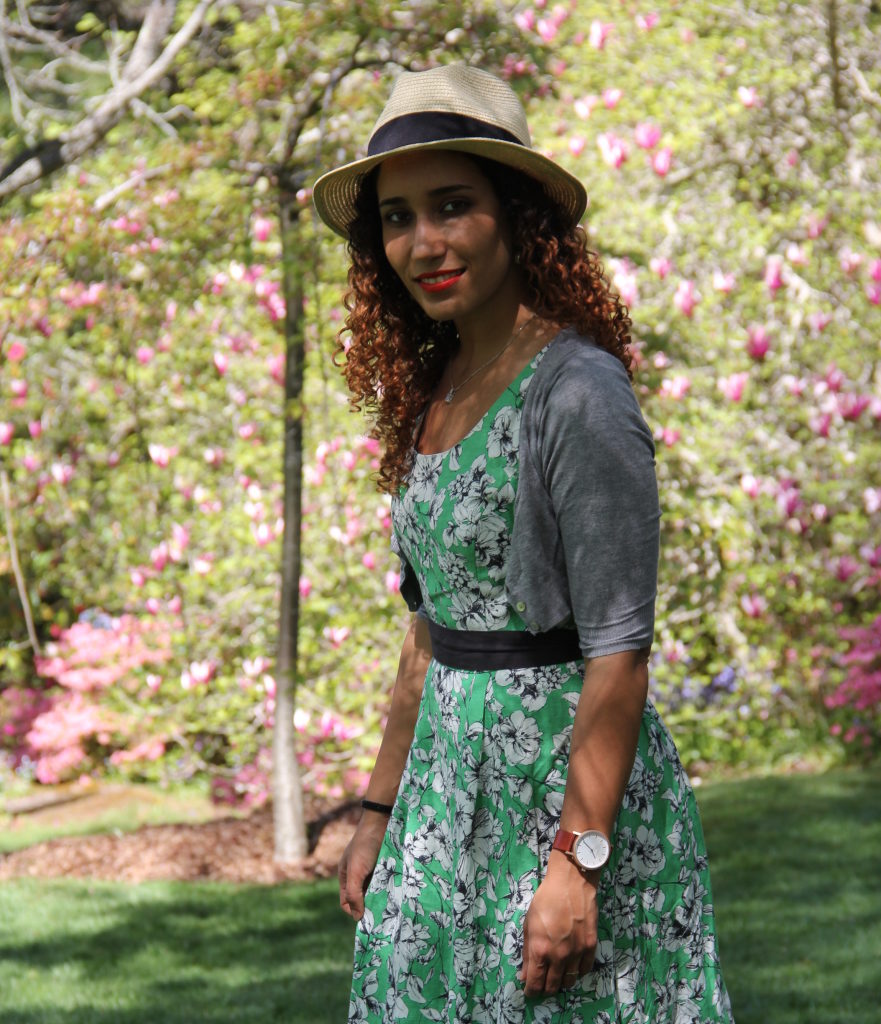 Definitely Instagram, I’m quite active on there and use it to also do micro posts because I don’t always have time to do full blog posts anymore, but I try to keep every other day, at least, on Instagram with a bit of an update, a bit of a story, anything like that.