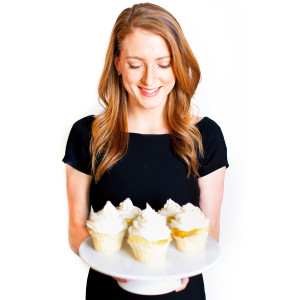 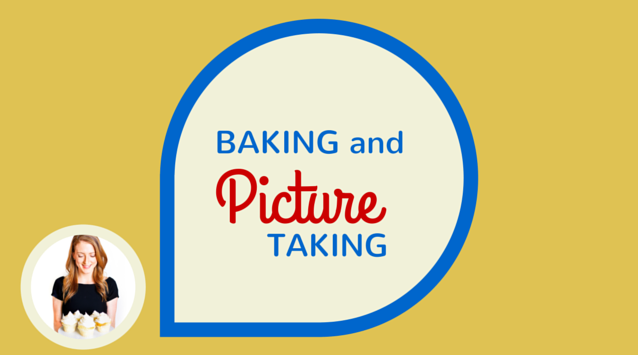 Since starting her blog in 2010, Sarah has inhabited seven different kitchens, graduated college, worked in marketing for a restaurant group and now works full-time on Broma Bakery. Her blog, Broma Bakery, is where she shares her love of food while indulging in her passion for photography.

I’m so happy to have Sarah Fennel of Broma Bakery on the show today.

(*All images below are Sarah’s.)

My dad’s a reporter, so I’ve always been around cameras and film and all of that stuff. So, from a very young age, I was always interested in photography, not necessarily food photography, but just holding cameras, taking pictures, things like that. Then, when I went to college, I really missed doing photography on a more regular basis.

At college, you get so stuck up with studying and not so fun stuff. So, I just decided to pick up my camera and started shooting food. The blog and the photography really came together in the same moment, in that, I missed my mom’s baking. I wanted to have some creative outlet and I just put them together.

I had no formal training. I had never done food photography before. I just picked up a camera and went with it. 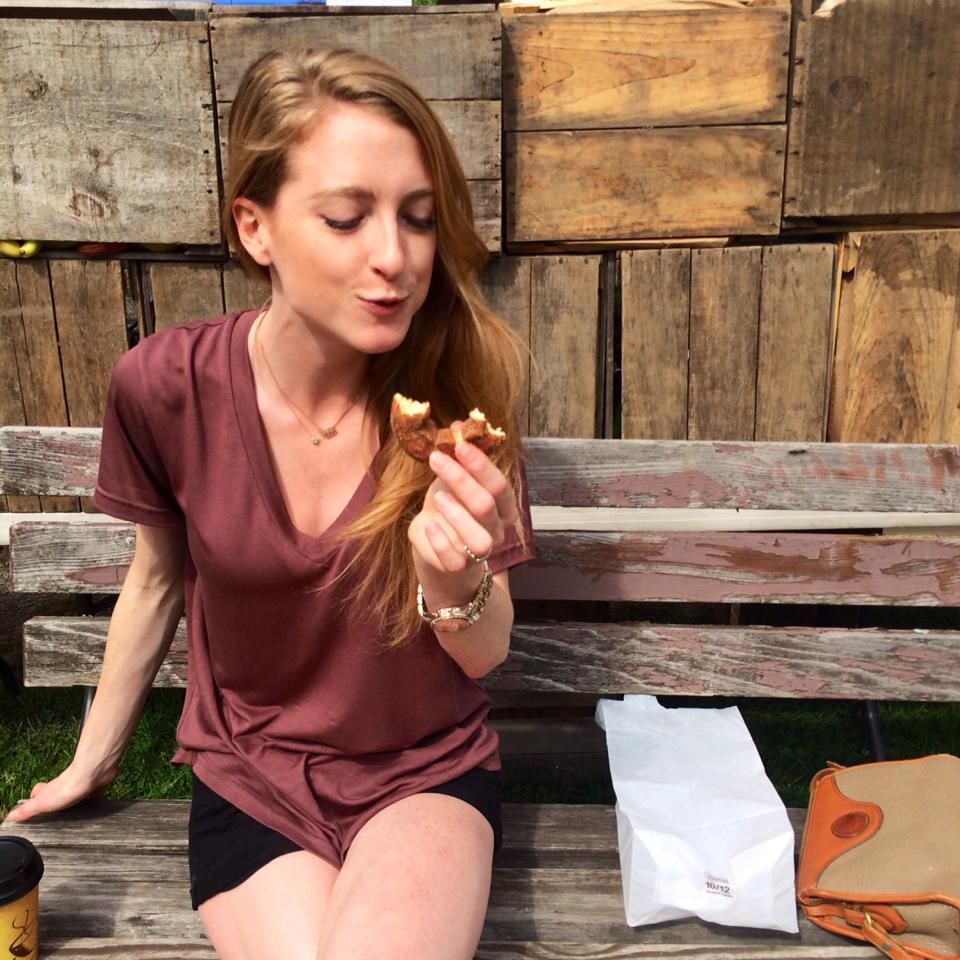 I was always more interested in baking. My sister is a huge cook; she has been interested in cooking since she was 13 years old. She would help my parents cook almost every meal at my house, so she took on that role and I stepped back. But I’d always loved sweets; I’ve always had a huge sweet tooth. So, the baking came along more natural to me and it was a nicer reward for me in the end, to be able to eat desserts.

It’s a lot more precise and it takes, for me, my development is a lot of going to tried and true recipes I’ve used before, bloggers that I trust, and creating something new, but a lot of it is really taking stuff that you know is going to work and then working off of that, because there’s been times when I’ve tried doing things just thinking that I could make cookies or a cake and it’s really a science.  You need be precise in what you do.

On Her Passion for Photography:

I was doing a lot of portraits. I did photography courses all throughout high school and then some in college as well, but I was really into taking pictures of people. I really liked engaging with different people. There was something about, when you put somebody in front of the lens and I guess have them shine through your pictures.

I, again, just really taught myself. I think that, if you look on my blog, my styling is very minimal, but there definitely is a style to it. I’ll use plain backdrops and things like that. And, in terms of that portion of the site, I thought it was really important to engage with my readers, just because there are so many people out there that are interested in food and food photography, but don’t really know where to start.

So many of my friends that have come over and see me taking my photos, the first time when they come over, they were like, this is what it looks like? I mean, the behind the scene is a lot more thrown together than you’d think. So, I thought it was really important to put that on the site, to make it seem a lot more accessible to people, and hopefully get them to be able to be inspired and start photographing food.

On Working on Her Blog Full-Time: 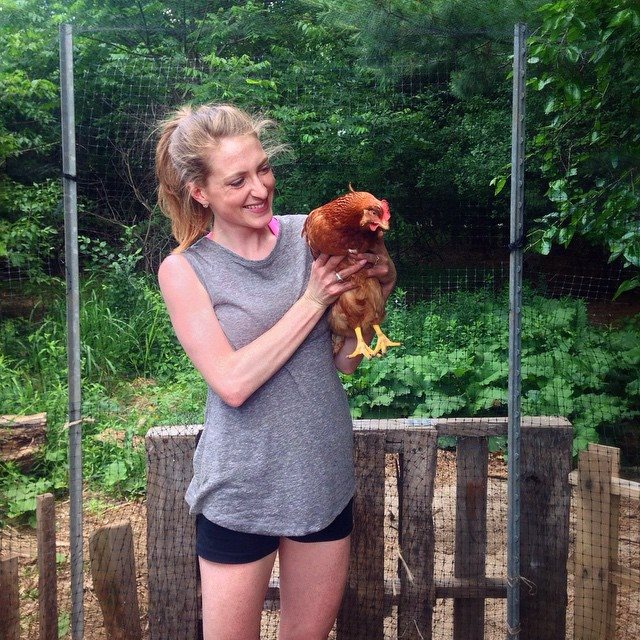 I guess it was fortuitous, really. I was working at this restaurant job and things weren’t working out. I wanted to make a switch and instead of jumping into something right away, I thought my favorite part of this job has been taking pictures of food.

I have this baking blog. It’s gotten good reception so far. Let’s give it a couple of months and see if I can really push this to be my full-time job. So, I just took a leap and went for it. Two months passed and I was like, I want to keep working on this. Then four months passed and it’s really just gone from there. It’s something I feel fortunate enough to be able to do as my full-time job and it’s definitely something that I want to have continue grow. But, yeah, it sort of happened and I went with it.

Doing it as a side project, I didn’t really set a schedule for myself. I didn’t set different tasks I had to do to keep up with things. Things that most people don’t realize is that, there’s recipe development and there’s photographing, posting, getting them out there, but then there is so much, in terms of social media and marketing and even just connecting with other bloggers, that goes into creating a successful blog, that takes so much time.

For me, I’ll wake up at 9:00 and I’ll just get a cup of coffee and go straight to my computer, and then I’ll comment on other blogs, see what’s been going on with blogger friends that I know and that usually takes about two hours to really go through and engage with other people. Then, I’ll switch to doing some Pinteresting. Pinteresting is really important, keeping yourself active on that. So, I’ll do that probably for another hour, take a break for lunch and then right after lunch, I’ll go into making a recipe and then photographing it as well. That can take anywhere from an hour and a half to the whole afternoon. Then sometimes, if I can get a workout in, I’ll do that.

On Some Misconceptions About Baking:

I think that there are two main things. In general, when people see baking and they see a brownie that’s perfectly fudgy or a cake that’s three layers, it seems like there is a lot that goes into it. And sometimes there is, but especially with my style of baking, it’s a lot easier than it seems. I mean, it is very precise, but as long as you’re following along with those directions and really making sure you have quality ingredients, those two things will take you far in baking.

Then, I’d say the other thing that really I’ve seen prevents people from doing things is things like Pinterest and all these blogs that have popped up, because you see this final products and they seem so unattainable, just because there’s so many of them and there’s perfect lighting and there’s these perfect bit shots and all of that. I think that really scares people and it makes them think that it’s something they can’t do.

My biggest piece of advice would be to just go out and try one of those recipes, and really see how it goes. More often than not, you’ll be surprised with what you can do. 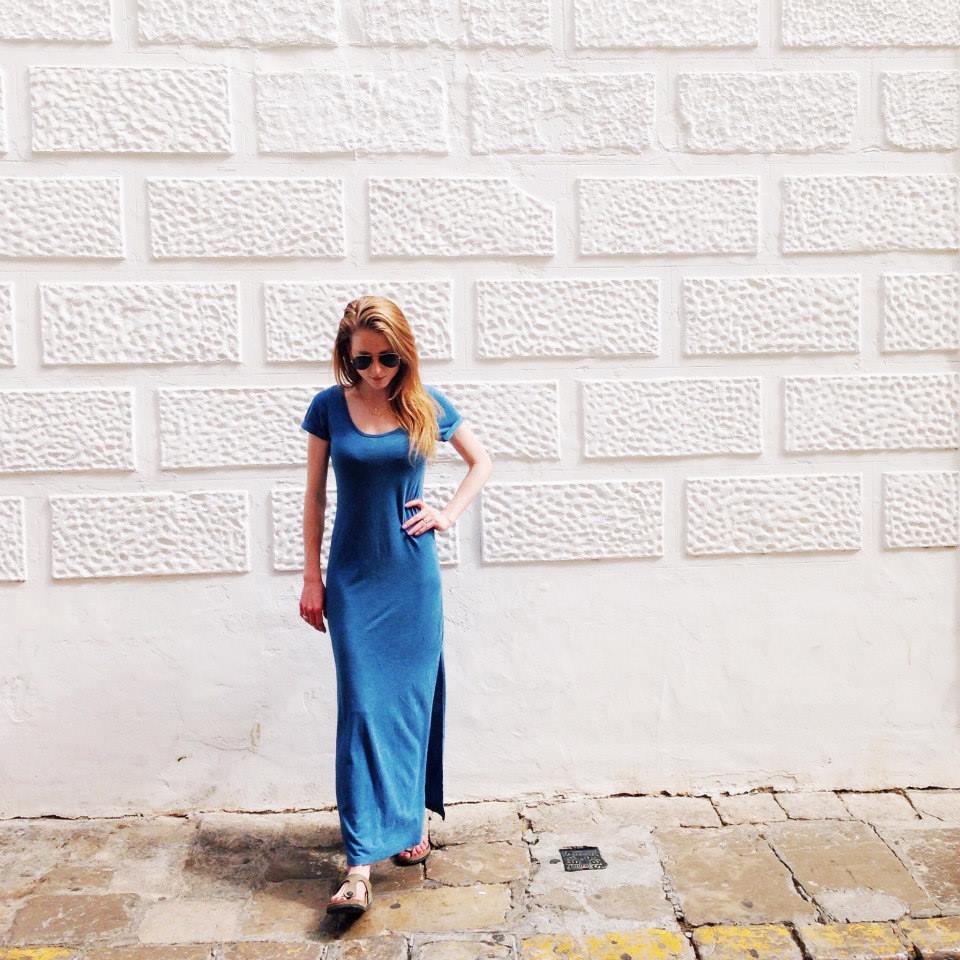 There have been so many times. It still happens all the time.

There was this one time when my sister and I were making a chocolate beet cake, like with beets. We followed the directions and we put the cake in the oven, and then we realized, “oh my God,” we didn’t put the oil in. So, instead of just a beet cake, we put it on the blog and called it a low fat beet cake. It totally worked, but things like that happen all the time.

There was one I did this winter. I was trying to do peppermint cookies, so I chopped up little circular peppermints and I baked them. They came out of the oven and they completely melted off of the cookies. There were these little candy drippings everywhere. And it was just absolutely awful. So yeah, it’s a regular occurrence in the kitchen.

On Some Online Resources for Those Interested in Learning More about Baking:

One site that I go to very regularly is Food52. It’s a fantastic site. It’s basically recipes that people submit, as well as recipes that the professionals at Food52 will recreate and photograph themselves, but then, in addition, they have this whole tips and tricks section, where you can learn things like if your baking soda is expired and how to make the perfect loaf and things like that. It’s been really helpful for me and it’s just beautiful photography. It’s a really nice site layout. So, I definitely would suggest that.

In terms of books, I really grew up with The Joy of Cooking and that’s the book that we constantly pulled out, anytime we wanted a recipe. So, just going to classics like that is really great, because you can’t go wrong.

You got to know about Food52, How Sweet Eats is one of my favorite bloggers, Joy The Baker is like the queen of all things baking.

On Pinterest, I follow Half Baked Harvest. She’s an incredible photographer and she has really unique things. On Facebook, I follow Ambitious Kitchen. She does great healthy recipes, but then she also does some really fun workout stuff. On Instagram, Kale and Caramel. It’s really innovative desserts. I love it.

I don’t think it’s unusual at all, but my KitchenAid is my baby. My boyfriend got it for my birthday a couple of years ago and I use it at least three or four times a week, and you can just do everything with it. So, it’s the most worth it gadget I’ve ever owned.

I used to not like avocados. I thought they were overrated. I just didn’t get them and then one day, I just made avocado toast, because I was bored, and I’m obsessed with avocados now. I put them on sandwiches, I put them in my toast, put them with my eggs. Sometimes I’ll have them for dinner, love them.

Joy of Cooking, absolutely. Back to basics, it’s all you need. Then, the Dominique Ansel baking cookbook is unbelievable. The photos are amazing, the recipes are amazing. You’ve got to check it out.

Motown, like always. Put on Motown and I’m like bopping around the kitchen. It’s just so fun and I love it.

On Keeping Posted with Sarah: 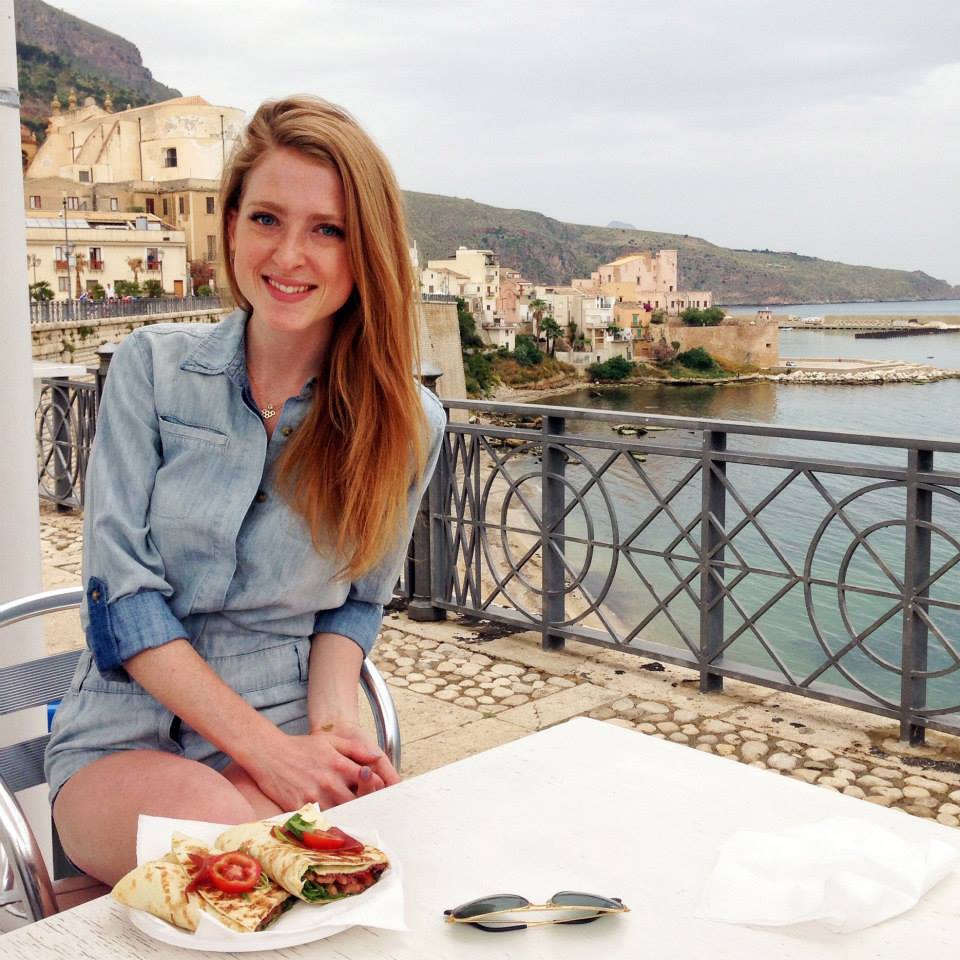