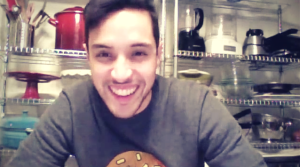 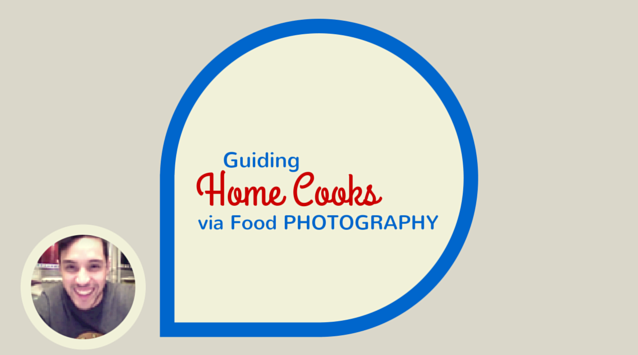 Jonathan is a cook, a baker, blogger and food photographer, and what is really great about his blog is that he is meticulous in photographing the steps in all his recipes and posts. You can basically figure out how to make his dishes by simply looking at his beautifully styled images.

I’m so pumped to have Jonathan Melendez of The Candid Appetite joining me today. 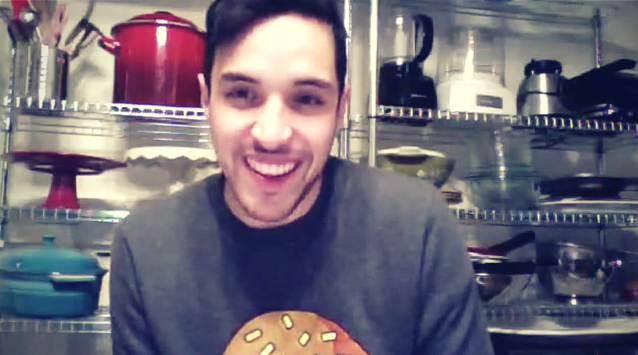 I went to culinary school for a brief period, like right after high school, and all my life I thought I would become a chef. I quickly learned being in school that it just wasn’t everything that I thought it was. It completely took the fun out of cooking away from me. So I stopped going to culinary school, and I threw myself back into school taking all my general education classes.

I took one basic photography class and then that evolved into a passion that I didn’t even know I had. It wasn’t until my senior year of college that somebody told me like, “Hey, you should really photograph food. That makes sense because of your background,” and it was born through that, and I was able to combine two of my passions basically into one thing. 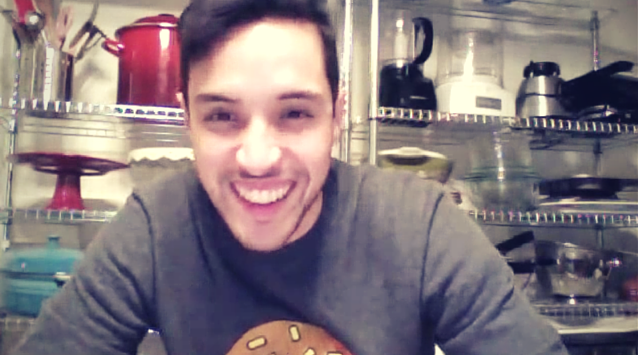 I needed a final project for my graduating class- the final class you need right before you get your degree. And for me I wanted to do something that was fun, and I thought I could incorporate this blog with my school work and get credit for it. The idea behind the step by step came to me because I’ve been following food blogs for many years. And I always come across the same questions of people asking like, “Oh, am I doing this right? Is it supposed to look this way?”

Most often you see a blog that only has one image of the final product and people don’t know the steps in between. So I guess I wanted a resource for people to be able to see it step by step, that there wouldn’t be questions for them. It would guide them through it and hold their hand, I guess, in the kitchen. So that’s how it came around.

The images are so predominant in it because of my photography background. But, you know, when it comes to the bottom line of it, I really want the food to shine. I feel like having those images there gives people the chance to be able to do it, gives them the confidence.

On What Comes Most Naturally: 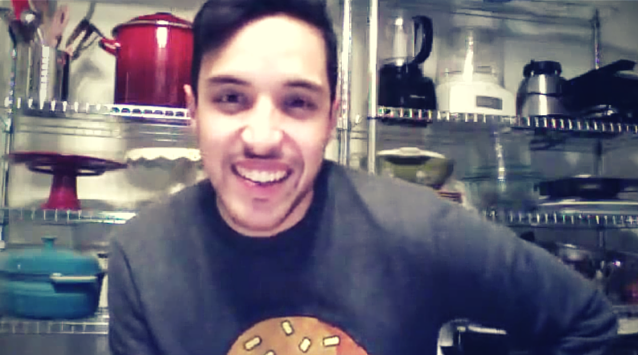 I would say that cooking comes so naturally to me because it was something that I have always done ever since I was really young. To me cooking is a way to relieve stress basically.

You would think that even after a full day of shooting and making a bunch of recipes, I won’t want to make dinner. But I still do and I think it’s because it gives me that chance to forget about everything that I have to do. Get in the kitchen, and just kind of cook as I go.

Cooking to me is super easy because you could not think about it. You could basically whip up something without having to really measure everything out. Whereas baking is more precise and I have to go through the trouble of accurate measuring, and that sometimes becomes a little tedious. So I would say baking to me is one of the hardest things that I do on a daily basis.

On Who Inspires Him: 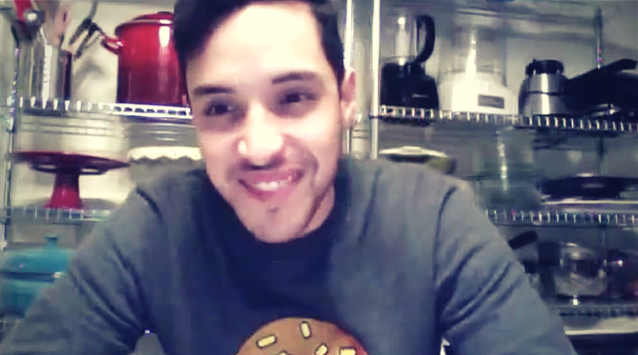 In the food blogging world, it would have to be Joy the Baker, Joy Wilson. She for me was one of my biggest inspirations when I first started my blog, and then Ree Drummond from The Pioneer Woman, for sure. I think she kind of set the way for all these food bloggers that came after her.

As far as just regular TV personalities, because I did grow up watching the Food Network a lot, I would say Ina Garten, Emeril, Mario Batali, and Sara Moulton were some of my all-time favorite people to see on TV.

The only person I’ve ever cooked for in that list is Joy, and I think it wasn’t even anything that fancy. I believe I made her soup. It was potato and kale soup or something like that. 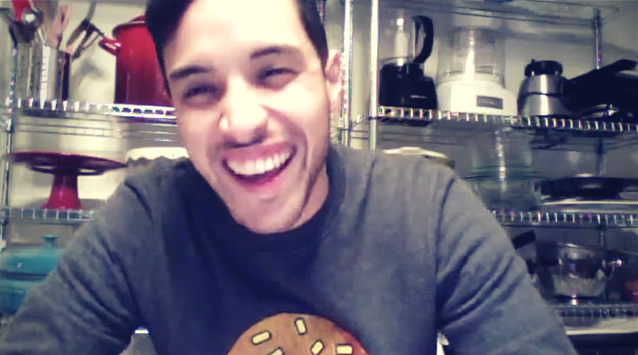 You never say no to a doughnut.

I’m from California, Southern California. I was born and raised in Los Angeles and there is a small shack in Burbank, California, that’s like a small mom and pop shop. It’s called The Doughnut Hut and seriously like the best doughnuts I’ve ever had.

I’m not a fancy doughnut connoisseur. I get down with the classics like the bare minimum. My favorite doughnut to get there is a cake doughnut that has just regular vanilla frosting and colored sprinkles. It’s the best thing ever. That place just knows what they are doing.

There’s a line around the block, I mean, it’s big and it’s not a big place at all. It’s like a little hut, you can’t even walk in. You order from a window on the sidewalk and it’s just the best doughnuts you’ve ever had.

On Collaborating with Joy the Baker: 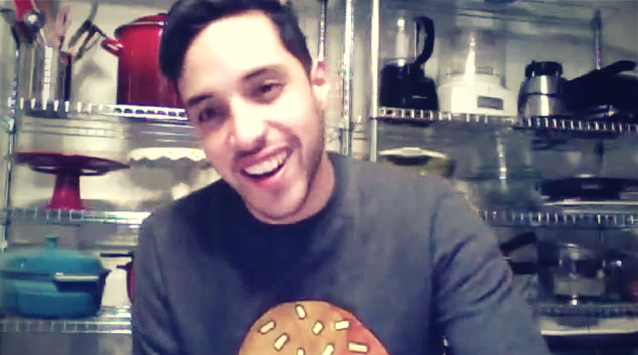 I have these quirky weird things that go on in my life, and I kind of stalked her on her social media platforms.

I came across a photo of her cat and I commented on it, and we kind of became friends through this photo and my comments. I kept telling her how obsessed I was with her cat, so I saw her at a book signing once and I went up to her, and I was, “I don’t know if you remember me, but I’m the one that’s obsessed with your cat.” And then it kind of developed a friendship through that weirdness basically. That was, I think, two or three years ago, and now we’ve kind of become friends because of that.

I am currently shooting her third book right now that will come out in 2017, I believe.

I’m currently obsessed with i am a food blog, which is an amazing food blog. I’m obsessed with it. Stephanie, who writes the blog is amazing. Her photographs just give me such inspiration, it’s amazing.

Souvlaki For The Soul, which is another blog that is very photo oriented. Very pristine photos that I could only wish I would one day be able to take photos like, and Top with Cinnamon, which is a food blog run by a 18 or 17-year-old. I’m thinking like I’m 25, there are people out there so much older who are all doing these food blogs, and here’s an 18, 17-year-old doing everything we can, but so much better than anybody else out there, and I’m obsessed with it.

I have to admit I’m really bad with Twitter, and I have it, but only because I have a blog, and it’s there. I hardly ever update it.

Instagram, of course, is my number one favorite social media, and I follow Chronicle Books. The publishing house does a really good job with their Instagram account, and it’s nice to see them have this passion for books.

I feel like nowadays with all these ebook readers and tablets and iPhones and everything else that’s out there, I feel like actual books are becoming really hard to find, and books are going extinct. I feel like here is a publishing house that’s showing us cookbooks that are actually there, like actual physical cookbooks. I still find them exciting, and every time I see one of their photos on my feed, it just puts a smile on my face because they do such an amazing job.

I would say a black pepper mill because I hate already ground pepper. I feel like it doesn’t have the same potency and the same flavor as freshly ground, so I am always using that pepper mill.

Those coarse grounds instead of just the finely ground powdered stuff? I feel like it’s instantly better.

I have to say the first one is Homemade Decadence. I am biased towards it, but it’s a great book. I love seeing it.

Ceviche, by a man named Martin Morales. I love this book. I don’t know if you’ve seen this book, but it’s a Peruvian ceviche book, and the cover has this texture of white tile, like kitchen tile on it. It’s just really nice. It’s a great book.

There’s Huckleberry cookbook, it’s published through Chronicle Books, and I believe it’s a bakery also, but it makes me so happy because the sides of the book, like of the pages, have a design on it. It’s like a yellow color with white polka dots on it. I had never seen that before.

I go through these phases that I’ll listen to certain songs more often than not, and I guess right now I’m addicted to a song called Burnin’ Up by Jessie J. I don’t know if you’ve heard of that song because it’s very poppy, and it’s very upbeat and fast, and I feel like that’s something that you definitely want to be cooking to. 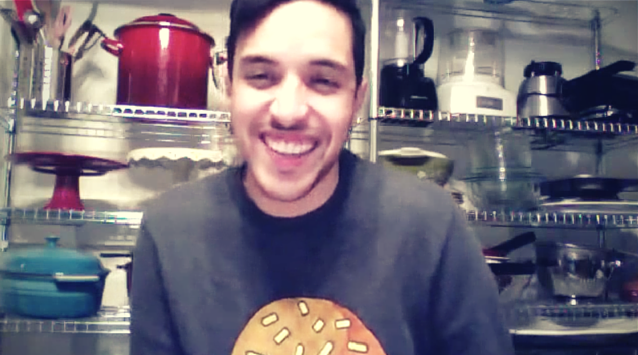 I’m going to say Instagram. I don’t think there’s a day that goes by when I don’t post something on Instagram, and I’m always putting my blog updates there as well as life updates. I just feel like it’s great. Since, again, I’m so photo oriented. For me it’s the perfect social media to update.

You can check out the blog at thecandidappetite.com.

Have One of Jonathan's Special Dish Recipe Sent to You Now: