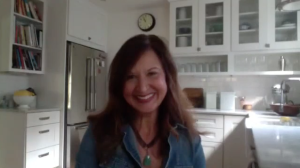 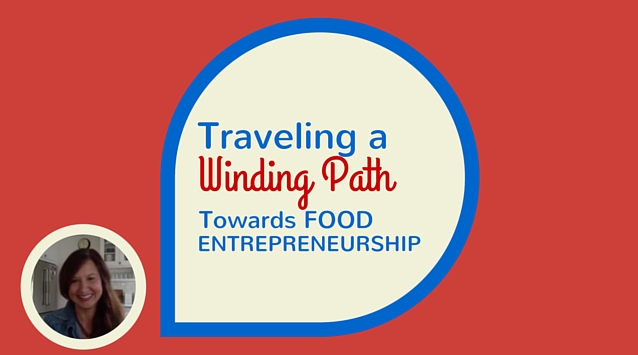 Sylvia’s path has been a winding one, and has included practicing as a therapist for a few years, starting and operating a successful vegetarian restaurant for 10 years, and now, she’s the chef and owner of Feast Catering Company. On her blog, Feasting At Home, Sylvia shares healthy, seasonal, and global recipes to help us get inspired to try something new in the kitchen.

I am so happy to have Sylvia Fountaine of Feasting At Home here on the show today.

On Her Journey To Starting a Restaurant and Catering Company:

In college, I started off my business degree, and I was living down in southern California, and half way through, I got the opportunity to go to Europe for six months and just play around. It was really the first time that I noticed beauty, I guess. And so, over there, I picked up a camera and just fell in love with photography. Six months after that, after I came home, and it was time to go back to college, I wanted to change my business degree to photography. But my father said, “No.” And he said basically, “If you change your degree, I won’t pay for your college anymore.” So I kind of didn’t have a choice. I finished my business degree, and then ended up getting married, and putting photography behind me, moving up to the northwest, and then, just went into a completely different field.

I got a Master’s in psychology and ended up being a counselor, which was also not really what I wanted to do. It’s funny how you end up doing what other people think you should be doing, without actually asking yourself. And so, two years into that, I would find myself daydreaming as I was walking downtown, I was still a therapist, walking downtown to go to lunch and I would always pass this empty brick building. And I’d look in the brick building, and I could visualize this restaurant in there. And all throughout college, I worked in restaurants, just waiting tables, and I just had this fantasy of having this other life.

I opened a restaurant with a friend, and just went on a completely different path. We had no idea what we were doing, but it was an adventure. Did that for 10 years, and it was the time to sell, we had a really good offer, so sold the restaurant. I took a year off and started asking myself, “Okay, Sylvia, what do you really wanna do?” And I never asked myself before, really.

I decided I wanted to keep cooking because I loved cooking so I started a catering business. And then, eventually, somehow that led to the blog, and so that’s what I do now, both catering and my blog.

It wasn’t always pretty, we created a lot of little messes here and there, I mean, it was a fun ride. But you learn as you go. Same with the catering business, I mean, when I first started, I didn’t really know what I was doing, especially with the blog. I had no idea what I was doing.

On Keeping Things Fun in the Kitchen:

What always inspires me are things like produce that’s in season. So whatever’s in season, if it’s a really good, like, tomato that is at its peak, I’ll look at it, and I’ll say, “What can I do with this tomato that I’ve never done before?” Or if I have a new spice, “What can I do with the spice that I’ve never tried before?” I think for me, it’s always grounded in the seasons, and then it’s also grounded in taking me away. In winter, I want to be warm somewhere, but we’re here stuck in snow. So I’ll think, “Oh, I want to go to Bali,” and then I’ll try to cook something from Bali.

On Finnish and Egyptian Cuisine:

When my dad would cook Egyptian food, he would use really warming spices like cumin and coriander, onion, garlic, tomatoes, just really warm, almost Mediterranean flavors. My dad actually came from Egypt and my mom actually came from Finland. They moved to the United States when they were in their 40s. My dad grew up in a little, tiny village in Egypt, and he was very, very poor. And even though he had relative success when he came to the States, he still is extremely frugal when it came to food. And so, he often would make zucchini dishes, and just very simple dishes out of very humble ingredients, but then his flavors, like in spices that he would use, would really elevate them.

On Her Travels and Food:

They really exposed me to new ingredients. There’s just so many ingredients in the world, and we only see a small portion of them where we live. And so it’s just, kind of like, how a painter has a palette and there’s a certain amount of colors, it’s given me more colors to work with in creating meals, just giving more ingredients to work with.

I really love the food in Vietnam. I was blown away by the food there, just because it was just so flavorful and so fresh, and healthy, and hot, and spicy. Just all the things that I love. But I was really surprised by how relatively healthy it was too — light. And I would go back there in a second for this one banh mi stand. It was just amazing.

On Where Her Culinary Heart Lives:

That’s a tough question, and I actually thought about that for a while, because it’s hard for me to pick a favorite cuisine. And when I thought about, “Where does my heart live,” truly it lives wherever I am at, because that’s where the best produce is going to be — the produce that’s closest to where you are. So here, in the Northwest, I have access to some incredible locally grown produce, at its peak. It hasn’t traveled for days to get here. It’s already ripe. And to me, that’s where my heart is, because that’s where the best food is, wherever you are.

I watch Top Chef, or I have in the past. And there’s a show called A Chef’s Life I’ve been watching.

I think my favorite food blog is Local Milk.

On Instagram, I follow, this has nothing to do with food, Tasmania, the place, because, every time I see a photo of it, I want to go there. I follow Local Milk, that’s all I can think of right now.

My most treasured item is my mother’s salt cellar. It’s like a Finnish salt box.

That one’s hard, because I don’t think I disliked any ingredient, except for canned peas, but I still don’t like canned peas.

For me, because I cook professionally, I like cookbooks that teach me things. Like Thomas Keller’s Bouchon and French Laundry. Cookbooks like that, that have a lot of new knowledge where I can learn.

This is going to really age me a lot, and my husband is a punk rocker, so that aside, there is a song by the cellist Yo-Yo Ma, that does The Mission soundtrack, and there is a song on there called, The Falls. And it’s just cello, playing this beautiful song, and there’s just something about that song that, when I’m cooking, I feel like electricity is flowing though me. It just gets all the creative juices flowing, it makes me really happy.

On Keeping Posted with Sylvia: 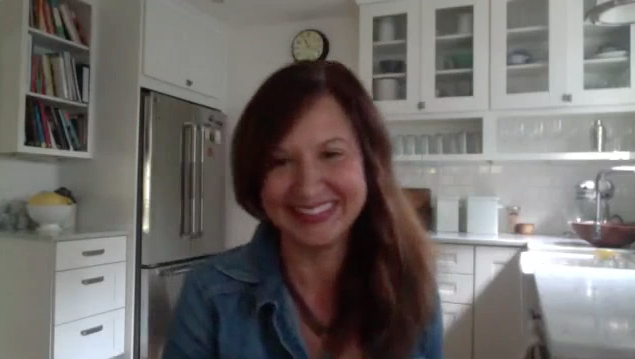