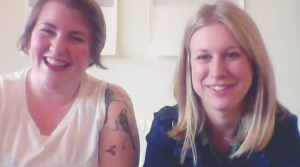 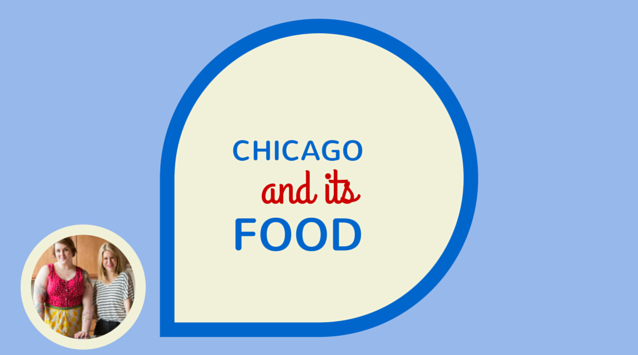 Based in Chicago, Lucy and Rachel share recipes, photographs and love food enough not to take it too seriously. They’ve been destroying kitchens together since 2011.

I am so happy to have Lucy and Rachel of Dinner Was Delicious joining me here on the show today.

(*All images below belong to Dinner Was Delicious.) 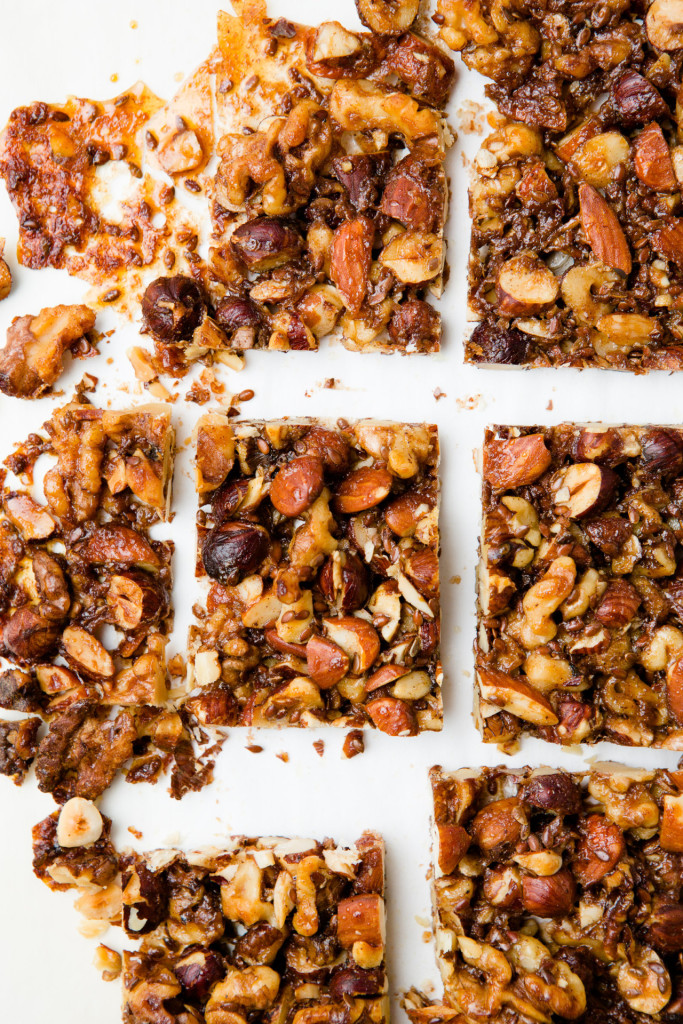 Rachel: Lucy and I both worked at this really weird tech start-up in Chicago. Chicago has this awesome tech scene.

Lucy: We were lucky to have this job.

Rachel: And it was great, but it wasn’t super creatively fulfilling. So we just bonded together over our shared love of food and gossip of the weird architecture in the office space.

Lucy: We found each other in the midst of a strange company. For our Parks and Rec enthusiasts, we describe it as Entertainment 720. We just talked about what we wanted to do and became good friends outside of work.

On What Made Them Want to Collaborate with Each Other: 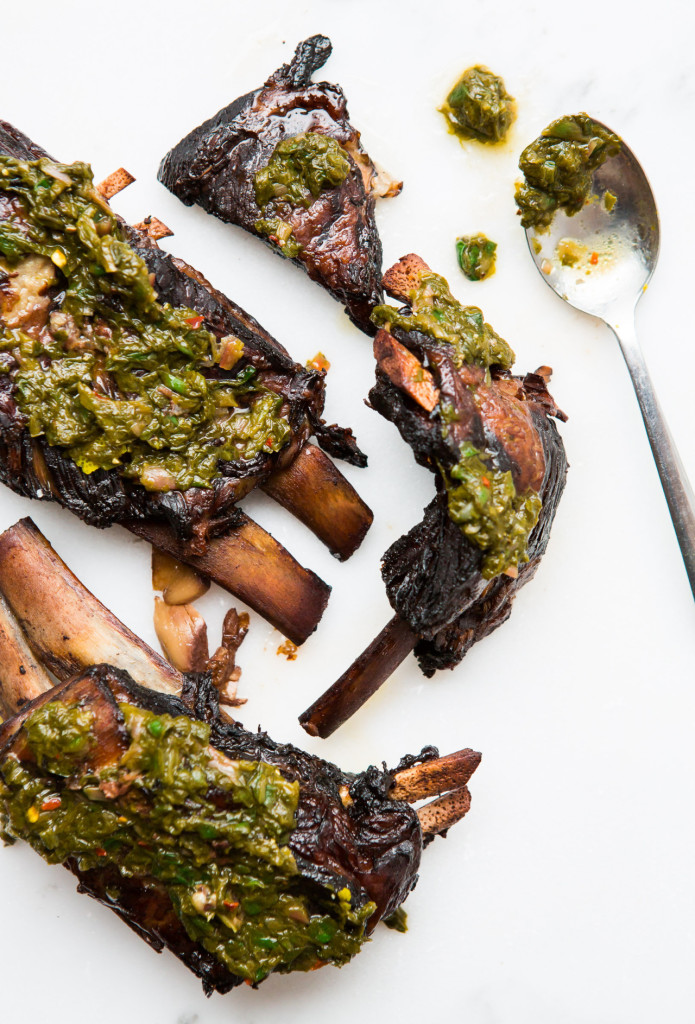 Lucy: Rachel was baking a lot. My job was already creative because I was a graphic designer. And Rachel was doing operations and needed a creative outlet and would bring us the most incredible desserts. I started with cupcakes and pies and all kinds of really incredible desserts, and I was always like, “If you ever want to collaborate, we should be documenting these. These are beautiful. Have you written down the recipes? What’s next? Let’s do something with this.”

Rachel: So Lucy was doing her photography business, and I was baking more and more and then started actually baking as a little side project, just for some extra cash. I baked for a wedding that was for one of our mutual friend’s siblings, and Lucy was shooting photography for it too. So I was doing a bunch of cupcakes, and Lucy was like, “Well, I’ll come over, and I’ll take pictures of the cupcakes. It was super fun and we decided, “Well, let’s do it.”

Lucy: It was kind of intimidating to think about getting it started, but really, we just put a Tumblr theme up. I made a logo in five minutes that wasn’t really the logo that we wanted, but we just needed to start and it just started there.

On Their Interest in Food and Cooking: 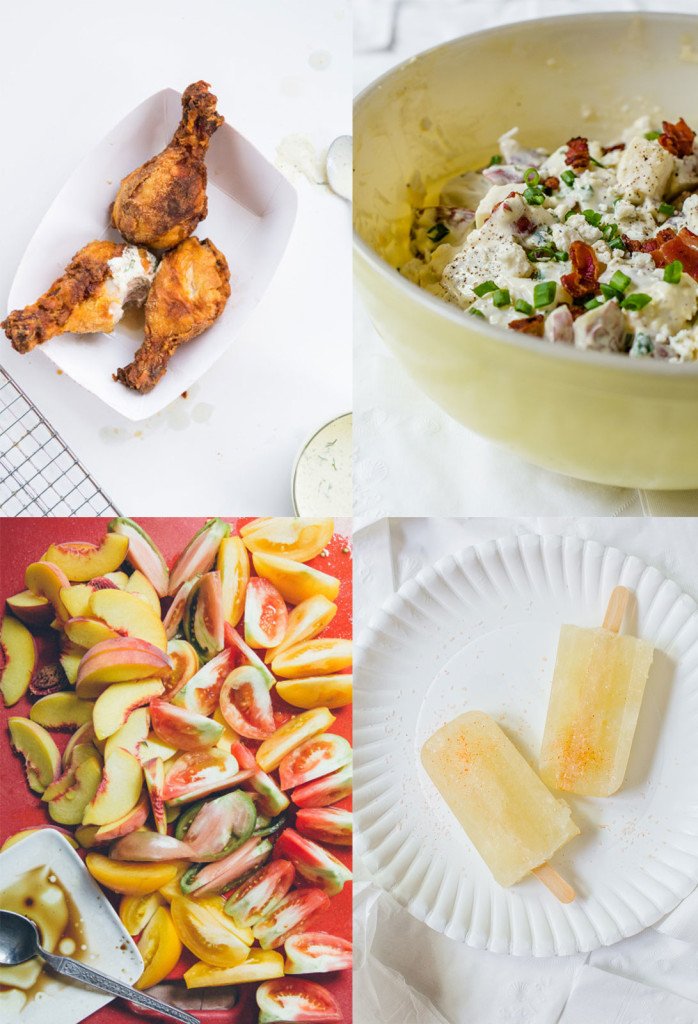 Rachel: I’ve always cooked. My mother, bless her heart, she’s an awesome nurse. Briefly in the late ’90s, she was a super kick-ass body piercer. But she can’t cook to save her life, and she’ll say it as much as I will. So if I wanted to eat when I was a kid, I had to figure out how to make it myself. I cooked a lot with my grandma, a little bit with my grandpa too, and just figured out how to cook, always super-passionate about it.

Love cooking for people. Another part of why we started collaborating was Lucy wasn’t as proficient in the kitchen, so it was like, “Well, come over. I’ll show you how to fry an egg.”

Lucy: At the time, I was still a graphic designer, and I didn’t know how I wanted to shoot food. It was kind of a way to learn that and experiment with different techniques.

On Not Taking Food Too Seriously: 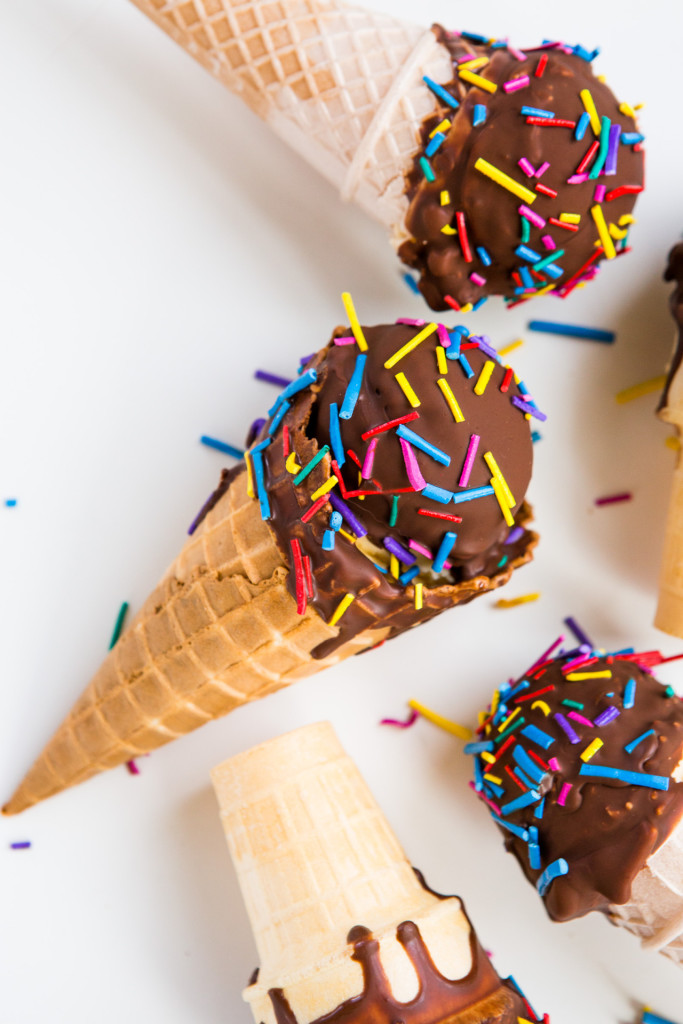 Rachel: So I think some people, many people who are really passionate about food start getting a little self-inflated about it. They lose the fun and the spontaneity of food and letting it be just what it is: something delicious to nourish you and share with people that you love. I think that we work really hard to keep the important things in mind: sustainability, seasonality, nutrient density, all of these things that we think about. But we let our love of food really shine through to be what it is, which is food. You eat it with people you love, and we’re giving food the space to be enjoyable, rather than something that’s stricter.

Rachel: One happened last night. We’re in Lucy’s photography studio, and we were supposed to make Cheeze-Its, and I just . . . They just did not work. So even if you’re someone who’s proficient in the kitchen, screw-ups happen. Your recipe doesn’t always work out as planned. When you’re testing stuff and flying by the seat of your pants and maybe didn’t set your timer, sometimes things can get burned.

Lucy: There’s a lot of burning. Not a lot, but that’s my biggest.

Rachel: One of my favorite memories with us, though, was the day that we made the fried chicken at my place, and you brought the bone-in chicken. And this was way, way, way early on, like before I had any butchery experience, but I love taking carving on the meat now. I was still super squeamish. And so we were going to make a fried chicken dinner, and Lucy brought the chicken and it was bone-in because bone-in chicken is more delicious. But it was a whole chicken. I had to figure out, how do I take this bird apart?

Lucy: I was there for moral support, and it took a lot to go down.

Rachel: It took a lot of bourbon. This was four or five years ago now.

On the Food Culture in Chicago: 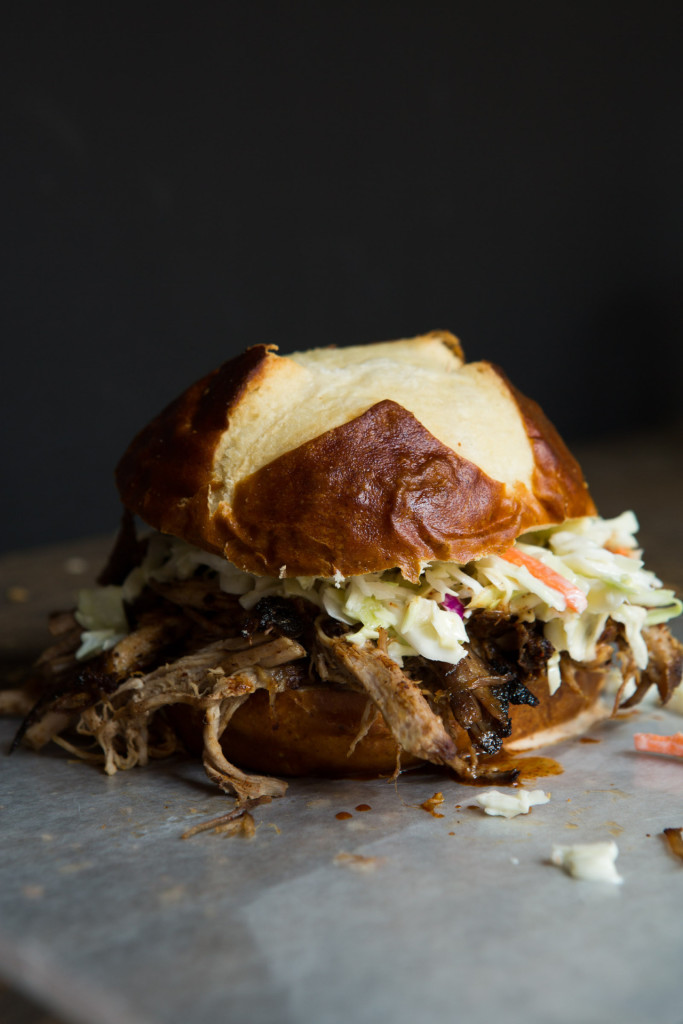 Lucy: People are really interested about food here, and there’s everything available. I don’t even know where to start. It’s overwhelming.

Rachel: And people might not realize that it’s actually one of the most prominent culinary capitals in the U.S. We have Alinea. We’ve got Next. We’ve got Publican. We’ve got all sorts of really wonderful, creative restaurants. We’ve got a lot of ramen going on right now too.

Lucy: Yeah, food from all different cultures. The neighborhoods are so diverse that you can have food from all over the world and have it done well.

On a Dish That Captures What Chicago is About:

Lucy: Because Chicago isn’t one thing food-wise for me. Hot dog, I guess.

Rachel: Because it’s got everything.

Lucy: It’s got everything on it. And we’re so particular about how we have our hot dogs. This is the least original answer I could give you.

Rachel: You’ve got the mustard, which has lots of Asian and Germanic influences. You’ve got this beautiful pickle that’s like a fermented pickle. It’s not a brine pickle. So it has a long fermentation process rather than the vinegar. So lots of different cultural influences there. It’s everything on a bun and like, “Ugh!”

On a Food That Locals Love that Visitors May Not Know About:

Lucy: So there’s this one dish called a “mother-in-law.” It’s a hot dog and a tamale covered in chili in a bun with a bunch of cheese, and there’s also the Chicago original rainbow cone. It’s this huge stack of ice cream. It’s got orange sherbet, pistachio, this really special cherry ice cream, chocolate, everything all on one cone, and it’s so, so essential Chicago summer. In your cut-off jeans, you’ve got to get an original rainbow cone.

Rachel: I love The Taste, though. Anthony’s on there, but Nigella, come on, give me a break. She’s perfect.

Rachel: Wit & Vinegar. Billy Green is the best human on the Internet. Love him so much. I’m super into I am a Food Blog.

Lucy: Yeah, I am a Food Blog is great. I always go to Smitten Kitchen. She’s great, solid recipes. She’s been around for so long, she has such a great library of recipes.

Rachel: I’m a grandmother on the Internet.

Rachel: I follow lots of cat Instagrams, so I just get cat pictures in my feed throughout the day.

Lucy: Our friend Jana has an account called Bike a Bee that I follow on Instagram and Twitter and she’s hilarious and also shares all this cool information about plants. And she’s a beekeeper, and so she shares her process about beekeeping and selling honey, which is really cool.

Rachel: Speaking of Jana, there’s another, based in Philadelphia. There’s a restaurant and butchery space and education space about meat and sustainable meat called Kensington Quarters. It’s awesome. It’s not for vegans. If you’re squeamish about meat, you’re not going to love it. But they post the most beautiful, educational pictures about meat. They’re super great people I connect to.

Nobody has KitchenAid money at 22, 23. So I asked the guy that I was dating at the time, not a super great relationship, to talk to my friends and be like, “Everybody pitches in 10 or 15 bucks to get the KitchenAid.” And he did it, and I got my KitchenAid. And it was the best ever, and lived through a bug infestation.

It lived through 17 moves now, just going all over the place. It’s gotten me through everywhere. I love it more than everything. It barely works. It’s got this big nick on the top of it from one of my more urgent moves. My apartment flooded, and it was horrible. And I just grabbed the mixer and ran. Yeah, I love my mixer more than anything.

Lucy: I don’t know. My kitchen is kind of tiny. I don’t have any sentimental passed-on pieces yet.

Lucy: I didn’t like pickles. I wasted so much of my life not liking pickles.

Rachel: Weird. For a long, long time, I was really not into food. I didn’t eat asparagus until I was 25.

Lucy: Or things that were cute.

Rachel: I still don’t eat rabbit. It makes me sad. I know, I’m an idiot. I didn’t have cauliflower until I was 27 and, oh my gosh, I love it now. If there’s anything that anyone is ever afraid of eating food-wise, you could be skipping your favorite food, the most delicious food you’ve ever eaten. Just eat all the things you’re afraid of. Everything is good if you cook it right.

Lucy: What to Cook and How to Cook it.

Rachel: That’s such a good one. I just got Edward Lee’s Smoke and Pickles, and it is one of the most beautifully written cookbooks I’ve ever seen. The recipes are amazing. They’re flawlessly tested. The photography is beautiful. And his prose, he has chapters in between with actually prose in it. It’s so wonderful and smart and touching.

Lucy: And What Katie Ate books are beautiful, so I look at that for inspiration sometimes for photography. It’s gorgeous, lots of good party recipes.

Rachel: Everything. Music makes me hungry.

Lucy: Yeah, it depends on what mood I’m in. I’ll put on an old album, like Tom Petty and The Rolling Stones, or I’ll blast Robyn if it’s winter or summer.

Rachel: If I’m making pie, I want to listen to The Secret Sisters, for sure. If I’m eating my feelings, I want to listen to Neko Case’s latest album and just cry into my soup or whatever comfort food I’m cooking. But if it’s just like general, just hanging out in the kitchen, you can’t go wrong with Robyn. She’s the queen. She’s flawless.

On Keeping Posted with Rachel and Lucy: