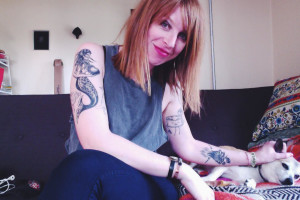 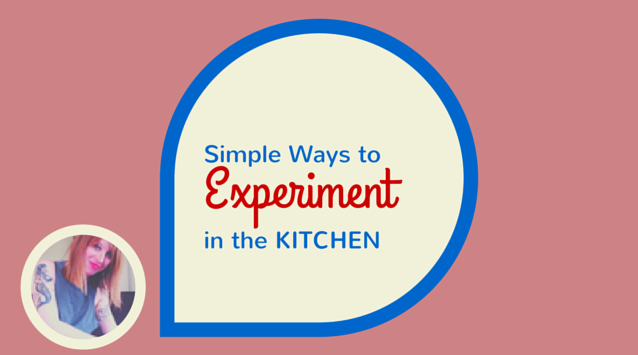 Baker by night, and freelance food stylist, Megan tries to incorporate her love of food in everything that she does. Take A Megabite has been featured on CNN, Buzzfeed, The Kitchn, and Food Gawker just to name a few. And when she is not remixing childhood favorites or experimenting with new ideas, Megan contributes to the Betty Crocker website.

I am so happy to have Megan DeKok of Take A Megabite here on the show today.

On Writing About Cooking and Food:

Well, I grew up eating a lot of good homemade stuff all the time. And it was the combo of getting done with school and being like, “What am I supposed to do after work?,” kinda thing.

I felt like I had so much spare time. On top of that, my parents moved away. So I had to count on myself for homemade goodness. I just start figuring out how to make stuff my mom made all the time. Calling her and being like, “Is this weird? Is this supposed to be happening? It’s not working! It’s working!” And, you know, figuring stuff out that way.

I didn’t really cook that much when I was little. But cookies, chocolate chip cookies, were the main thing. So my mom made those all the time so those were the only thing that I ever did make, or like over easy eggs for my dad.

I started it because I liked it, and I think it just translated. Like how much I liked it and how much fun I was having just was apparent, maybe. I don’t know. So it actually worked out. I now work, I do social media. So I do photographing and design and stuff for a brand at an agency.

They found me through my blog. So it’s just kind of evolved naturally into my career, I guess.

On Her Food and Cooking Influences:

Definitely my mom. She’s an awesome baker and a good cook.

The first food blog I ever looked at was Joy The Baker and so she totally inspired me to start my site. I like her. She likes baking a lot also. I feel like her and I have things in common.

And then, looking at cookbooks. Beautiful cookbooks and vintage ones. I love all the illustrations in the vintage Betty Crocker versus like the newfangled designs.

When she (mom) comes to town, I always try to make at least one thing that she’s never had. Or something she might think was a little weird and try to win her over with it.

Occasionally, now, she actually calls me for food things. So it’s switched a little bit, which is fun. And when she visits too, I always try to be like, “Let’s make one thing that I’ve never made before or you’ve never made.” She’s really good at pies, “So let’s make a pie.” It’s pretty fun.

On Deciding on What to Make on Her Blog: 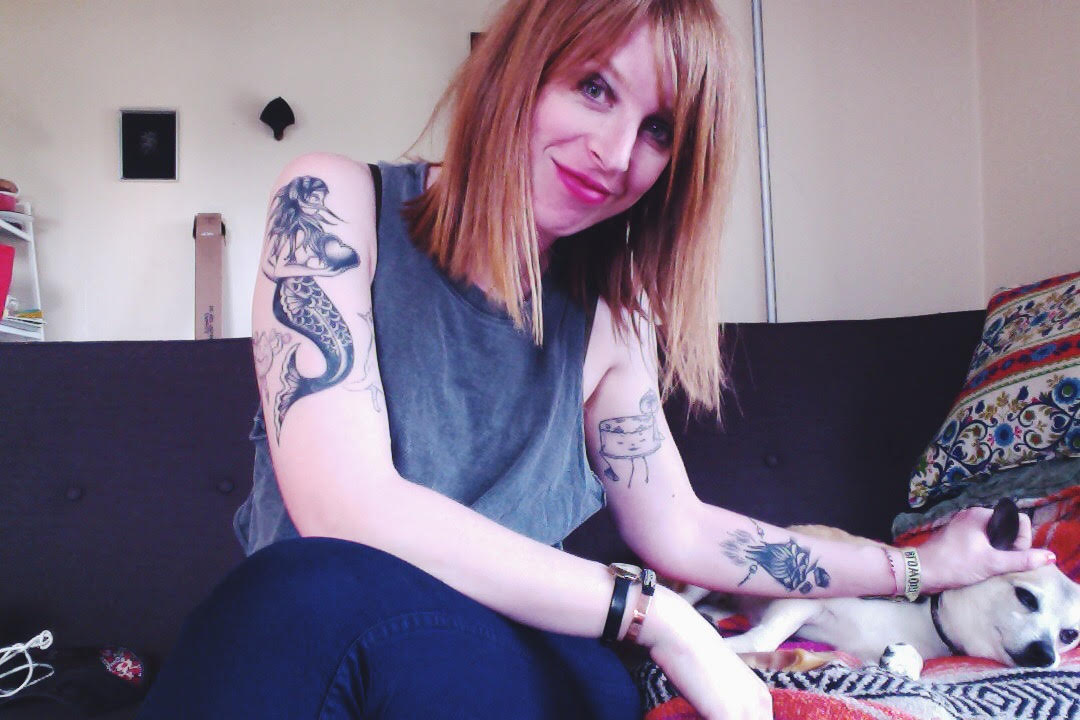 I guess I like making things where it’s like one dessert in a different form, so it’s like blueberry cheesecake but made into an ice cream flavor with goat cheese! I really like the idea of making one thing into something else. Or taking a different view on it.

On How Homemade Things Excite Her:

It’s something about knowing everything that’s in your food. There’s nothing weird and it’s not like you’re eating something processed where there’s a million ingredients. It’s really fun to know. Like, “Oh, you’ve got everything in the pantry to make this awesome stir-fry.”

Banana bread’s no big deal. You know you’ve got the stuff. Just switch up the sugar, use coconut oil, whatever. I really like the simplicity, but also like how delicious it can be, I guess.

On Easy Ways to Start Experimenting in the Kitchen:

I’m not sure I’m answering this right, so you can let me know. Lately I’ve been making this roasted vegetable stir-fry thing. So it’s not a stir-fry because you’re roasting, but it’s just roast every vegetable you have. And then make a simple sauce that’s like almond butter and sesame oil and soy sauce, brown sugar, Sriracha, and it’s changed everything. I’m like, “All I want to do is make this stir-fry everyday.” It’s super easy, but it’s also delicious. And impressive looking.

There’s been times where it’s like, “Oh, I didn’t have blueberries.” So I used this berry instead and that’s awesome. I guess there was a time where I was going to make a berry crumble but I only had plums. So I made a plum crumble, and I never baked with them before. I was like, “This is awesome! I loved it and it was so pretty.” So I guess like that would be an example. Baking with a fruit that you have on hand that you wouldn’t normally.

Well, I guess it’s because I love love, first of all. And I just loved it ever since high school, even.

I have a brunch party every year. I’ve had it seven years now. And it’s so much fun and I think it just kind of makes the holiday something special to people who would normally think like, “Ah, Hallmark holiday, who cares”? But then, you turned it into a really fun day with food and mimosas.

I’ve upped my game every year since. The first year, I invited like 10 people. I’ve based the guest list on how many champagne glasses I had. And this year, I got up to 28 people invited. So it’s gotten a little bigger. I think I’m just one of those people that once I start something, I just keep doing it until I don’t care about it anymore.

The truth is, I only have Netflix and I don’t have cable anymore. But when I did, I would watch Chopped quite a bit.

I would say Food52 is really cool. They also have a shop that’s awesome. Where I might have bought purple jars from bed the other morning. Because I was like, “Woah, purple jars! Limited edition!” So there’s that.

Food blog-wise, I know Dula Notes was just on here. I really love her. She’s really fun. I like her seasonal goodness.

And, Wit & Vinegar and My Name is Yeh, definitely. There’s a million I feel like I could list.

Well, on Instagram, it’s for sure, Shop Bando and Jen Gotch. Theirs are so happy and awesome, it’s just like constant positivity, pretty colors, it’s great.

My Name is Yeh, also, is awesome on Instagram. She has made such awesome cakes. They’re so pretty. And she does a lot of marzipan animal cutouts which is the cutest.

I like Bev Cooks. She’s got these twin babies that are pretty adorable.

And then Harlow and Sage. I don’t know why babies sent me straight to puppies, but, it’s like three dogs are best friends.

I would say it’s a toss-up between my gold french press, which I love and use everyday basically. And then, I have these enamel wear pots that I really love. They’re vintage and one of them is yellow with little crowns on it. And I’ve got a royal blue one. I really love those.

I would say sweet potatoes. I never cared about them. I was like, “Who cares about sweet potatoes?” I just thought of them as like, thanksgiving marshmallow situation.

But then as soon as I starting making them savory all the time and not trying to add pecans and marshmallow fluff to them, I was like, “Hell yeah!” So I’m putting them in my quesadillas, and in stir-fry. And adding them to brioche buns. I love them now.

I would say the Jeni’s Splendid Ice Cream cookbooks. She has two of them. They both are awesome.

The Top With Cinnamon cookbook is so good and beautiful.

I really like the new Joy the Baker cookbook. It’s got a lot of good baking recipes in there.

Also like the Hummingbird Bakery cookbook. It’s just a small cookbook but their basic cupcake is like, “What’s up.” It’s like one stick of butter. For a dozen cakes, it’s awesome.

Well, I was thinking about this because it goes from like Otis Redding, like records or listening to him on Spotify. Or Katy Perry and Lady Gaga. It’s a big jump there.

I guess it’s either fun, soul type stuff, or it’s lady tunes of the most embarrassing level. I mean, I’ll tell people I like it, but, I mean, it’s not necessarily cool.

On Keeping Posted on Megan: