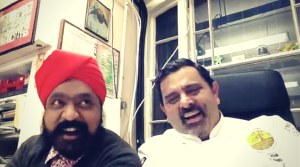 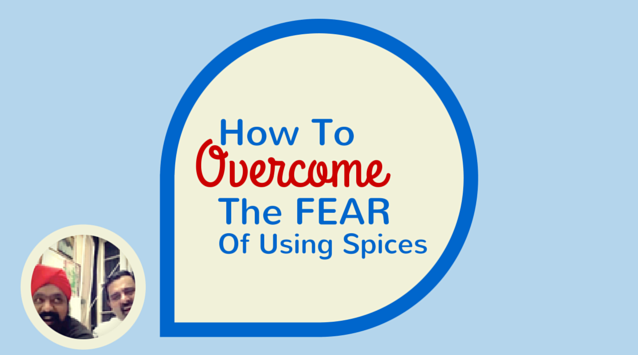 I am so excited to have Cyrus Todiwala and Tony Singh, The Incredible Spice Men, here on the show today.

That’s just naming a few of the things that they’re up to.

They are truly incredible. 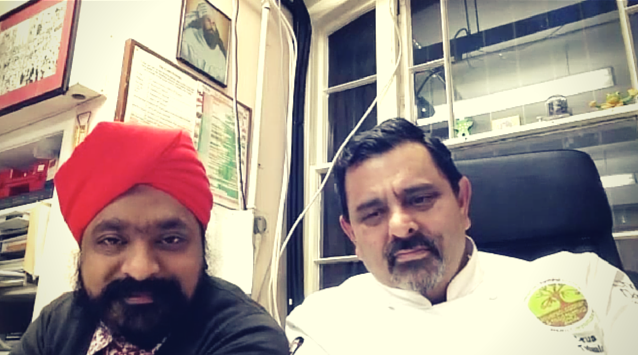 Tony: It was 2000. I’d just won ITV Chef Of The Year and I’d heard about Cyrus doing amazing things with British produce and contemporary and traditional Indian food, and what I was doing up in Scotland was traditional Scottish food with an Indian twist. I came down and I met Cyrus and we’ve known each other ever since then. We were in the Academie Culinaire together, we’ve done Master Chef.

We’ve come across each other in competitions and everything, so, since 2000.

On The Idea Behind The Incredible Spice Men: 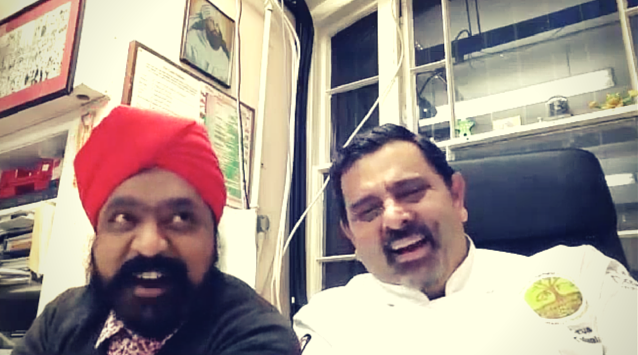 Cyrus: I use a lot of British produce from different farmers dotted throughout the country and make Indian food with it. We did a program in the restaurant for a few weeks called The Twisted Brit and then a second program called The Twisted Scot. They became very popular, so I was talking to some people about how that would make a great series because we are taking Indian food but twisting it to be British and twisting it to be Scottish.

The idea came about by asking how about if we take British food and twist it with a bit of spice? In the search for a partner, they came across Tony, they loved Tony, asked me if I knew Tony. I said, “Of course I knew Tony.” We did a little bit of a promo together.

Tony: Yeah, we did a promo tape for them.

Cyrus: Yeah, a very casual promo tape together. It worked like magic, the BBC approved, and bingo, we had a program.

They thought of many, many names. They actually wanted to call us The Spice Boys. 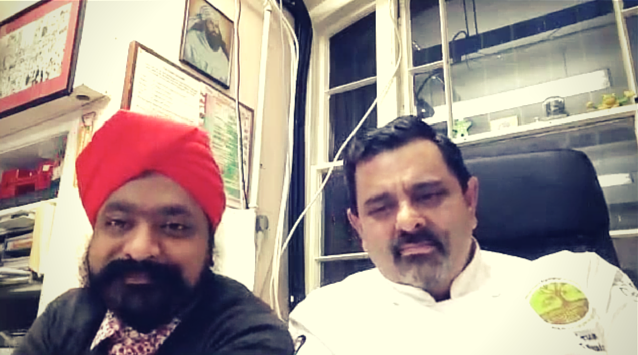 Tony: We were always hungry and to sustain that hunger or to make it more bearable, you always helped your mother in the kitchen. From an early age, I always helped out in the house. My mom was a great cook and from then, I’ve always liked to cook.

I’ve been cooking since I was 16, so I learned to be a good cook. I’ve always been a great eater.

Cyrus: For me, in my community, I’m known in Bombay as Khaadraas which means greedy pigs. I even started here what is called a greedy pigs club, a Khaadraas club.

Like Tony, always hungry. There was a big hole in the belly somewhere that needed filling up, but our moms, fortunately for us, were excellent cooks, so were our aunts and grand aunts and everyone else. I grew up around food all the time.

Living in a joint family was a very good experience and then, of course, my uncle owned a hotel as well, so whilst I was in boarding school I could go visit his hotel and live with him for a while. That increased the desire to cook more food.

Eventually, I went into catering school, passed out, got a job at the Taj Mahal Hotel in Bombay.

Tony: The rest is history.

We’re so fortunate to have a hobby that’s our job and that is so pleasurable. You know what I mean? It’s just very, very, very fortunate.

Cyrus: That is so true, isn’t it? The best part about our business is it is never consistent. It always changes. Every day is a new day and everyday there are new people and new customers.

On Cooking With Spices: 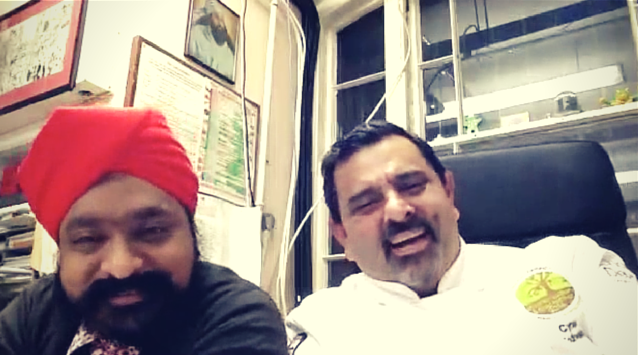 Tony: The main thing is not to be afraid. That’s the biggest hindrance people have with spices, because they equate that to heat, which is not the spice. Well it is a spice, but it’s chili. Chili adds heat, spices add flavor and color.

Many people are keeping turmeric now, which is a very common ingredient in homes and you’ve got chilies. Actually, if you have cinnamon, cardamom and clove and peppercorn already in your house, and you’ve got chili, cumin, coriander and turmeric and that’s all you need, really. You don’t need many, many more.

As your talent develops and as you get better, you can keep adding to it. Your experimentation value gets better and you get more spices and condiments into your larder. These are basic.

Tony: It’s like the show shows. Do one of your traditional dishes that you’re comfortable with and just change one of them. If it’s got, say, cinnamon in there, try and take it out and put another spice in there that’s a dessert. Go for cardamom, go for ginger, or nutmeg, yes, star anise. Just add one spice or take one spice away and exchange it or use a spice in it.

There’s a lot more spice than what you would call spice, because people say “Oh, nutmeg. That’s not a spice. I use that in my grandma’s rice pudding,” or peppercorns, the spice that changed travel. People went looking for pepper.

Cyrus: Pepper, pepper was the one.

Tony: These things just need changing but have no fear trying because anything you make, you’re going to eat the evidence anyway. If it’s not good, then you don’t do that again.

On The Incredible Spice Men Cookbook: 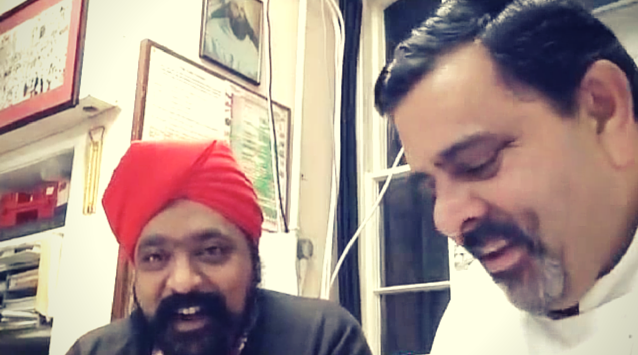 Tony: Normally, you shoot the series and then you do the cookbook, and you have a few months to do it. We had to do it all in six weeks?

Cyrus: Six weeks. In six weeks, while on the shoot. It was a nightmare.

Tony: Writing the recipes, getting them checked. It was lucky we’ve got kitchens for the chefs to check everything but they’re dishes that we’ve used before.

It goes back to the recipes. We made sure were accessible, they weren’t daunting, they were very familiar. That’s why we went with them.

Cyrus: The publishers from Random House put in a lot of effort into it. They knew it was a deadline deal and they put a very good crew onto it. The crew was chatting with us all the time whilst we were on set filming.

As soon as we came on a break, we’d get a phone call, “I’m making this. Tell me, something doesn’t look right over here. Can you help me with this?” and we could help on the phone.

They re-adjusted the recipe so it would look easy for the home cook.

Cyrus: Oh, right, okay. That’s the one where they eat the big portions.

Cyrus: No? Okay. Yeah, very few actually. There’s no time, unfortunately, for us.

You know what? I haven’t seen a single episode of our series yet.

Tony: I’ve had so many. Assado. I was going to say, that was lovely because we had octopus. I’m still waiting for chef to give me the recipe. It was fantastic.

Cyrus: Actually, we had a great meal at a place called Dabbous. A very creative chef. He only does course menus, so only fixed menus, only set menus. There is no a la carte there, but his food was really good.

Dabbous in West London. Very good, excellent. That was one of the best meals we had this year.

If you were to have dinner and movie with each other, what would be for dinner and what movie would you guys watch?

Tony: Yeah, Airplane! or Blazing Saddles. You know what I mean? It’s switch off kind of stuff and going back to the food, cheese and macaroni with lobster.

Tony: Something that you don’t need to think about but you know is going to work.

What are some cookbooks that have made your lives better?

Tony: La Technique and La Methode by Pepin, the French guy in America. Fantastic. As a student, they were the best.

Cyrus: I use a cookbook very often which is from a lady that cooks food from my community and she researched it very deeply.

Bhicoo Manekshaw, her name is, and it’s not known everywhere in the world. She has gone to the depths of the villages and brought the food out that we city boys would never had got an experience of knowing. That’s the one I use all the time. It’s sitting on my desk even now.

It’s called Parsi Food and Customs. Because I’m a Parsi.

Tony: I would say sharp knives.

Cyrus: A must have in the kitchen is a heat-resistant rubber spatula.

Cyrus: Coriander for me, fresh coriander.

Cyrus: I could live without it but I would be very depressed if I didn’t get to eat it regularly.

What music album or song pairs best with The Incredible Spice Men cookbook?

Tony: Yeah, exactly. I was going to say The Muppets. Animal’s drum rolls.

Cyrus: How about Jungle Book, you know?

Cyrus: That song is one of my favorites.

Cyrus: The Bare Necessities Of Life. And food is the bare necessity of life. 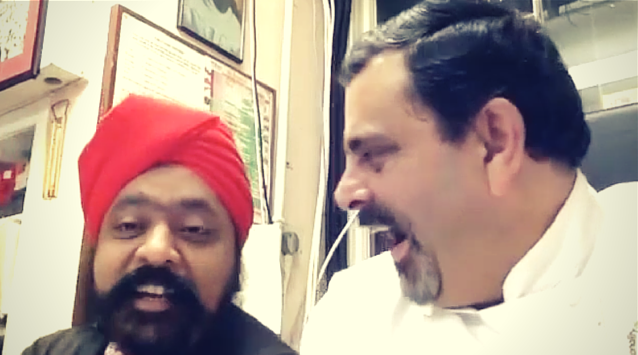 Tony: We have a Twitter account, The Incredible Spice Men. Cyrus has his webpage, I have my webpage, TonySingh.co.uk. The Spice Men have a Facebook page as well.

Cyrus: The Spice Men, we’ve got @MrTodiwala on Twitter or just log on to CafeSpice.co.uk. They can fire any amount of questions they want at me.