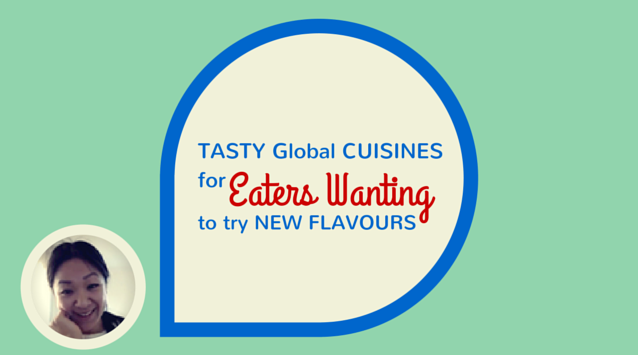 Karen has been globetrotting the world and documenting her food adventures since 2009, and today she’s the food editor and co-founder of HonestlyYum, where she helps to create an experience that inspires readers to try seasonal recipes, delightful drinks, culinary adventures, and festive DIYs.

I am so pumped to have Karen Chan of Honestly Yum here on the show today.

On What First Drew Her To Start a Blog: 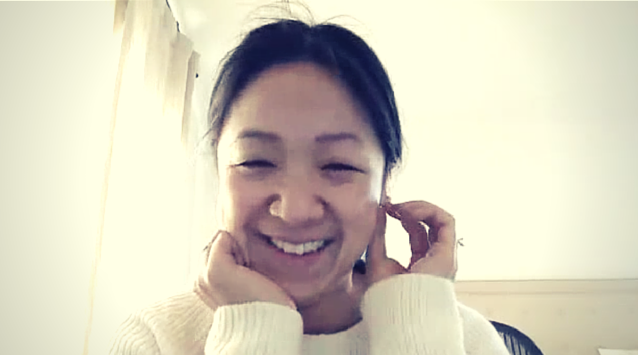 My first blog was Globetrotter Diaries and to be honest, it was really just one day sitting around and kind of thinking I need a creative outlet. I love food. I love travel. I love food culture and I love exploring other peoples’ foods so it really just came out of, “Well, this is a creative outlet and so let me just start a blog for fun,” basically exploring different cultures and different foods.

On Her Global Curiosity Around Food: 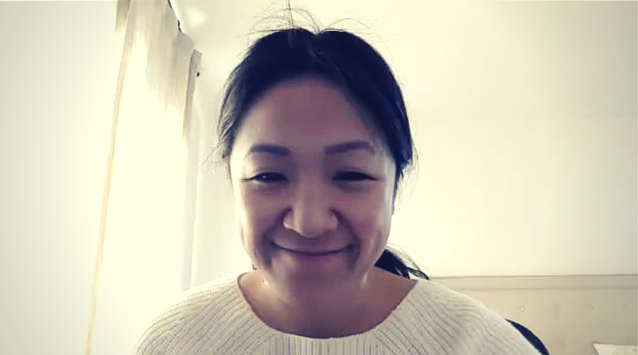 I’m Chinese and so I grew up eating all kinds of food. I think at a young age my parents really prepped my palate for different flavors and different types of cuisines. I grew up in LA so it’s just a melting pot of all kinds of ethnic foods.

Anything you want you can get it, so obviously really great Chinese food, Japanese food, Korean food, even Pakistani food. One of my favorite restaurants is a Pakistani restaurant. So I’ve always, always had this love of just exploring different types of cuisines.

Not only that but I’ve also been lucky enough to travel a lot, so even just the traveling, like nearly half my plan of traveling is always, “What am I going to eat there?” So that definitely shaped my curiosity for that.

Mexico and Singapore – two very different places, but if I had to pick one I might say Mexico and Oaxaca in particular. Oaxacan cuisine because that was just… I think if you were a foodie it is the ultimate. Getting to explore all the markets and there are so many interesting ingredients, but that is the ultimate for me. My culinary heart lives in Mexico.

I live in California and so naturally there’s a big Mexican cuisine influence in California. I’ve gone myself to Mexico many times and I’m just such a fan of the culture. 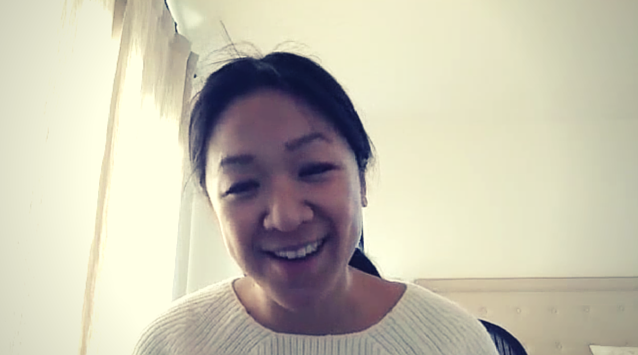 So once I was in school, kind of doing that, my sister, she runs HonestlyWTF, which is a fashion and lifestyle blog and she said, “You know, we really want to add a new dimension to the HonestlyWTF family. We really want to do food and entertaining and cocktails and you’ve done Globetrotter Diaries, and I really want you to come on board.” I thought it’s a lot more feasible given my busy schedule at school because I have two other people I get to work with.

It’s not all resting on my shoulders. So I thought, yeah, this is something I can do with other people who are super talented and super driven. So that’s kind of what made me do the switch. It was not planned, I guess, but it was just an opportunity that I couldn’t say no to.

On Creating an Experience Rather Than Only Featuring Recipes: 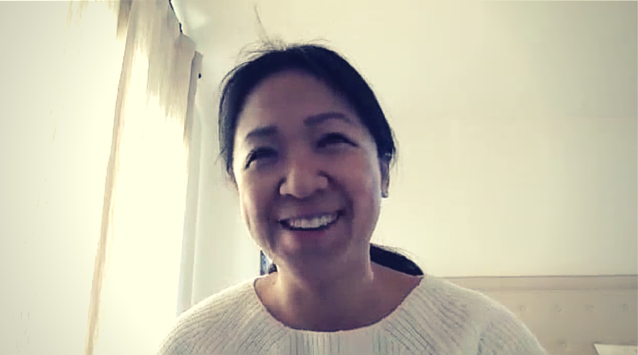 I would say it’s sort of all of our ideas, but probably primarily Erica because she’s just so creative when it comes to entertaining ideas. I mean all of us are entertainers. I love having friends over and so naturally you just kind of want to have an experience for your guests. I don’t really know where that comes from other than just we really love to create.

Part of it, too, is that it’s just so fun to do these tablescapes and parties. They’re faux parties because they’re only attended by us and our cameras, but it’s just so fun to kind of go over the top because there are very few times in the year where you do. It’s maybe Thanksgiving, maybe Christmas, and maybe a special occasion, but other than that you just, when you have a dinner party, you’re not going to be calling a florist.

This is a chance to just kind of go all out, over the top and have fun with it. I think Erica and I, especially, both really love that aspect of entertaining. It’s really creating an atmosphere and a theme, and what is the whole experience going to feel like, too. 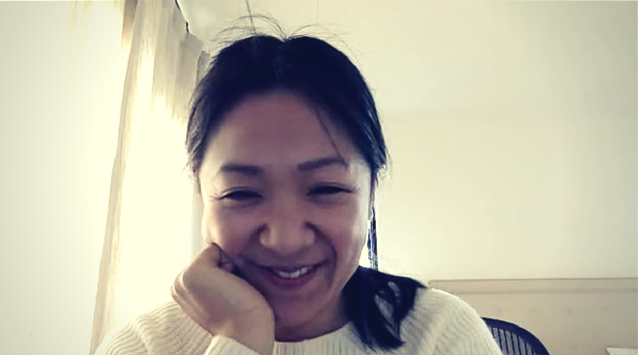 It’s so funny because my mom always looks at my sister and I and laughs and thinks, “I don’t know where they get it from,” because my mom is not a cook.

I did not grow up in a household where I started cooking cinnamon rolls with my mom from a very young age. She cooked but she didn’t enjoy it. It was just sort of like I come home, I cook for my kids, done. And so she’s just like, “I don’t know where you guys get it from,” and we both are obsessed with food, we’re both obsessed with cooking.

I would say my interest peaked or just started to kind of form in college and probably in high school, cooking for myself a snack or whatever. But my aunt, my father’s sister, she is a huge foodie and she’s actually my aunt who is in Singapore.

That’s probably why I love Singaporean food so much. She would take me to all the hawker stalls and try everything and it’s just so good. But she is a huge foodie and so I think she helped inspire me. She’s a great cook so she would always be the one, when I was younger, to kind of be like, “Oh, here’s your recipe. Try it.” I think it’s strange. Maybe it skipped a generation. I don’t know.

She’s always been on the other side of the globe but she follows the blog and obviously sees. We see what we cook in our respective countries over Facebook and social media and emails and stuff.

On Expanding a Non-Adventurous Eater’s Food Horizons Via a New Cuisine: 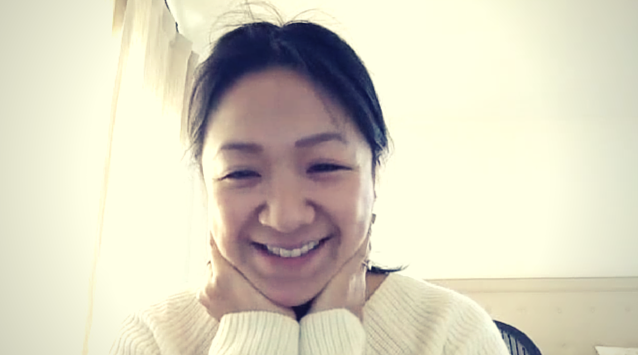 I would say Vietnamese food. I think it still starts to incorporate some interesting flavors that you might not expect like, for example, lemongrass or fish sauce, which of course, if you just smell it you’re just like, “Whoah.” It’s kind of repulsive smelling but it adds a subtle flavor that when people are eating it in food, they wouldn’t be like, “Oh, there’s fish sauce in here,” and so that might help them think, “Well, if I want to make this at home, I could actually use this ingredient that I normally would never touch.”

I just think generally the flavors in Vietnamese food are very clean, light. There’s nothing incredibly aggressive about it but it’s so satisfying and it just hits a spot. I’m like a huge fan of Vietnamese, huge, huge, huge.

And even the basil’s different. I’m sure a lot of people are used to the sweet Italian basil versus the Thai basil, which has a very different flavor.

I actually watch Top Chef a lot. That’s one of my favorites.

One of my favorites is, I would say lately because of the New Year and because we’re trying to be healthy, it would be Green Kitchen Stories. I’m not sure if you’ve heard of it but their photography is just gorgeous and such wholesome healthy cooking.

I actually have recently discovered that all of the U.S. National Parks have their own Instagram accounts, for example, Yellowstone National Park.

It makes me so happy because it is, like the photography is just gorgeous, and they really post quite often and they’ll post these beautiful photos of the landscape and the Grand Teton Mountains and animals. I didn’t know that the U.S. Government was doing this and I just discovered a slew of Instagram accounts and I just follow them all.

When I’m sitting at my desk in the office and I’m just looking at how gorgeous some of these places are, it helps me escape and it just makes me very happy.

I would say Maldon sea salt because I use that for everything. It makes such a huge, huge difference in your cooking. I know it sounds kind of strange like salt is salt. I have kosher salt and I use that, for example, if you’re salting a pot of pasta water. I’m not going to use a big handful of Maldon salt in it, but it really does change subtly the flavor of your cooking. I would recommend that for everyone to get.

This is hard. One ingredient, I would say eggs, couldn’t live without eggs. I love eggs.

I eat, sometimes, eggs for dinner. That’s how much I love them. They’re amazing in every form.

I would say anything by Nigel Slater because I just love his recipes. I mean, Jamie Oliver in the same kind of thread is like, they’re not precise, and with cooking especially, I mean with baking it’s a different story. But with cooking I think not having to literally measure out tablespoons of certain things, I think for beginners, yes, it’s probably necessary at that point, but being able to not be confined by those restrictions or those directions is good.

I know Jamie Oliver does like a glug of this and a dash of that and same with Nigel Slater. It’s sort of very loosely-based recipes. I think that’s a great way to start developing your own cooking skills because it helps you think outside the box. Like, “Okay, I’m going to rely on my own tasting.”

And cooking is so much about tasting as you go and really seeing what works and what doesn’t and experimenting. That helps you develop your own talent to be able to rely on your own judgment when it comes to measuring things, and how much to put of this, and how much to put of that, and why did we add this, and what does this contribute. I just really love Nigel Slater cookbooks. 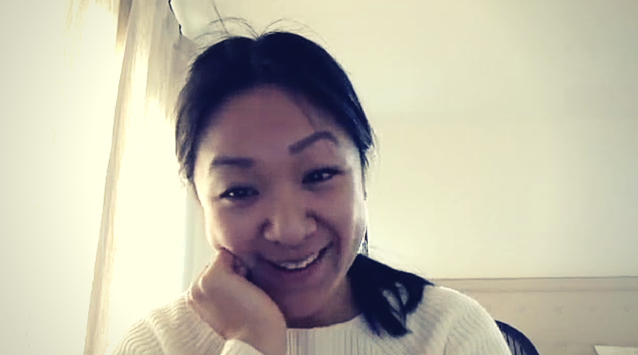