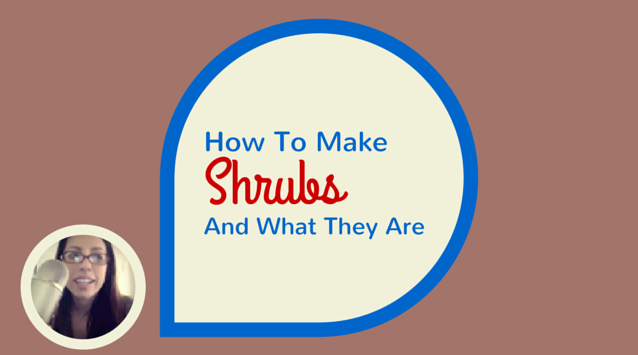 Adventures in Cooking is a dramatic feast for the eyes.

Eva shares her love of homegrown food and features honest recipes in a way you’ve only seen in the most luxurious of cookbooks.

I am so psyched to have Eva Kosmas Flores from Adventures in Cooking joining me on the show today.

On Starting Her Blog, Food Styling and Food Photography: 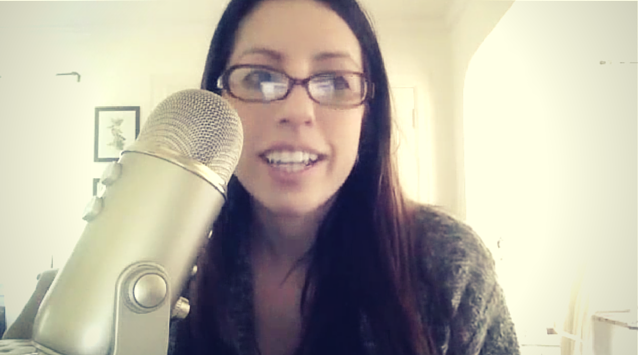 I graduated from college back in 2009 which, if you remember, was a really rough year for the economy. So, I was unemployed for a while, a couple of months after graduation.

I had a lot of time.

I’ve always loved to cook. My family had a Greek restaurant for about 30 years, so I grew up in the restaurant helping. My parents both cooked a lot at home. I was always cooking, just during college, after college.

All my family and friends would always ask for the recipes that I was making, so I really just started it as a platform to share my recipes with just my friends and family who’ve been asking for all these recipes.

The images now are so much better than when I first started.

I went to university and studied film production and sociology. I wanted to do documentary filmmaking, but that’s really hard to get a job in. There’s not a lot of jobs for that, and so I ended up looking into producing.

I worked for a line producer at NBC Universal for a little bit. I was doing my blog at the same time that I was working there, and the more I worked there, the more I just wanted to go home and write about food or edit photos. I just looked forward to the weekends when I’d be able to shoot and style.

I ended up realizing that this is what I really wanted to do full time, and so I quit my job and just started doing that, and I haven’t looked back since. It’s been amazing. I totally just fell into it.

I had the technical knowledge from studying film production like video photography, a lot of the technical stuff is really similar, but I had no food styling experience. I just kind of picked that up from looking at other food blogs that I loved like Call Me Cupcake or What Katie Ate, and just learning from them.

On Cooking and Her Family’s Greek Restaurant: 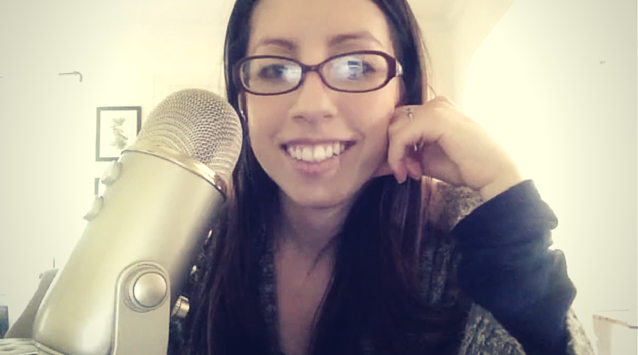 I used to get so excited to help my mom cook. I was so small, we’d have to get a step stool so I could reach the pot to sprinkle spices in. I’ve been cooking since I was really little, so for me it’s almost like breathing. It’s so intrinsic and natural.

I think probably the first thing I did in the kitchen was peeling cucumbers, because they had a Greek salad. They were doing so much Greek salad. Peeling cucumbers is such a monotonous thing, but super easy, so I would do that. I’d also help my mom take tickets up at the front. I’d clean the tables and stuff. I just helped with whatever.

I love to cook Greek food. My dad’s from Greece. My mom’s American. They both were never afraid to use spices, so I always use tons of spices when I’m cooking and lots of olive oil rather than butter if I can, lots of vinegar too. My dad was really heavy-handed with vinegar, which I think is in me. 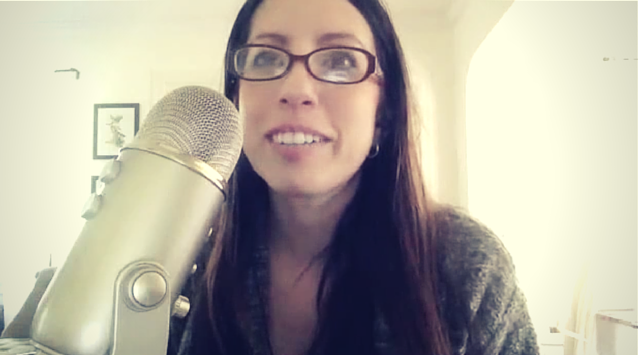 I love that sour-sweet combination like Shrubs. I don’t know if you’ve ever had Shrubs before?

Basically, you just mash together fruit, sugar and vinegar, and you let it sit in a bowl overnight. It’s usually best in the fridge. Then the next day you strain out the pulpy bits, and basically what you’re left with is the sweet and sour, fruity cocktail mixer that’s super good.

Back in the day before they had refrigerators, that’s how they used to make fruit juice, because the sugar and vinegar would preserve the fruit flavor.

It’s like drinking vinegar, some people call it that. You can have it by itself, but what I like to do is I’ll just mix it with an alcohol and maybe some club soda so it’s a little sparkling.

On Things Not Going As Planned: 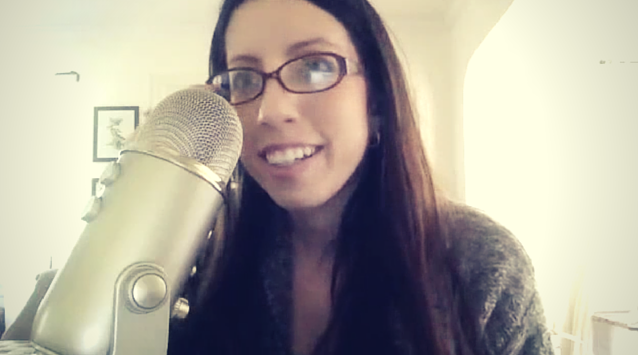 Yeah, that happens. That has definitely happened.

I wouldn’t say it happens a lot, but it does happen. Actually, today, I’m making these waffles for my blog. I’m topping them with toasted coconut flakes, and I’m toasting them in the oven. You’re only supposed to have them in there for a couple of minutes, and I just kept getting side-tracked with other stuff, and so I burnt two batches in a row, of coconut flakes.

I had the last bit of my bag. I was like, “Okay, I really have to pay attention now, because if I burn this I have to go back to the store.”

Luckily, I put the timer up on my phone and didn’t forget this time, but, yeah, that totally happens. It’s super normal. You just have to roll with the punches.

Sometimes it stinks because you’ll make a recipe that tastes super good, but it’s just really ugly, and you’re like, “I don’t really want to put this on my blog, because the photos aren’t going to look great,” but really, it’s super tasty.

Mac and cheese can kind of tread that line, because all mac and cheese is delicious, but it’s a weird looking thing. It can be hard to photograph, so there’s always ups and downs with that.

The photography usually wins for my blog because I don’t want to put it up there if I feel like the photos didn’t turn out. Sometimes if I think the photos are okay, but not great, I’ll put it up and have a little disclaimer like, “This isn’t the prettiest dish, but it tastes really good,” and just let people know not to judge it by its cover.

On Her Process For Getting Ideas Onto Her Blog:

I don’t practice. The ones that end up on my blog are usually the first time I’m making that recipe unless it’s an old family one that I’m sharing.

I have a Google calendar that I basically plan out a week or two, to a month out in advance, of what I want to make. I have all these color codes. I’m also writing a cookbook right now.

My cookbook recipe is coded with one color and my blog recipes I’m developing are another. The date they’re going to go up is color coded and everything. My Google calendar is absolutely insane looking.

That’s basically the process, and then once I get an idea for what I want to make, I’ll do research on similar recipes. That’s fun because sometimes I’ll find inspiration like, “Oh, they use that ingredient. Well, this is similar, and I think that might taste even better. So maybe I’ll use this instead and put a fun spin on it.”

Then I’ll just start making it. Of course, you always have to taste as you go, because sometimes it just needs a little bit more, and you don’t know that until you taste it. Like, “Oh, this is kind of bland. I’ll add a little bit more salt, or maybe I’ll add chili powder.” Something like that.

I would say Call Me Cupcake. It’s my number one, love her. Two Red Bowls is great too. Those are probably my top two right now.

I probably have to go with Linda Lomelino. Once again, she’s the girl behind Call Me Cupcake.

Her Instagram feed is crazy, and it’s super, super beautiful.

Then on Pinterest, I follow this girl, Catherine Crawley, and she pins a lot of beautiful stuff too.

What is something all home cooks should have in their pantry?F

I would say Fleur de Sel. That’s a great finishing salt, and it’s a good texture too.

I would probably have to go with rosemary.

You can use it in desserts and in savory stuff. It’s awesome.

I really like The Art of Fermentation. That one’s really fun. I got a fermentation crock recently, and so I’ll be fermenting.

Then, Artisan Cheeses at Home. That one’s really cool because it tells you how you can make all these crazy sounding cheeses in your own kitchen.

If you Google it and you listen to a song, you’re like, “Oh, yeah.”

All the music kind of sounds the same but it’s just very peppy and happy, and just makes me feel like I’m in an old world kitchen making some stuff from scratch, like rolling out dough.

I don’t know. It just has this awesome feel to it, so I would have to go with Django. 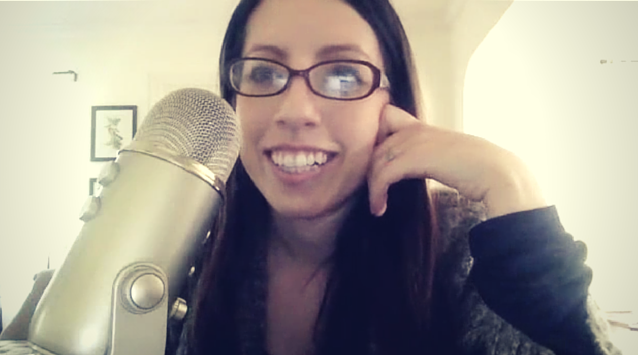 If you want to find me on Facebook, you can just look up Adventures in Cooking, and that’s where I am.

Have Eva's Special Dish Recipe Sent To You Now: